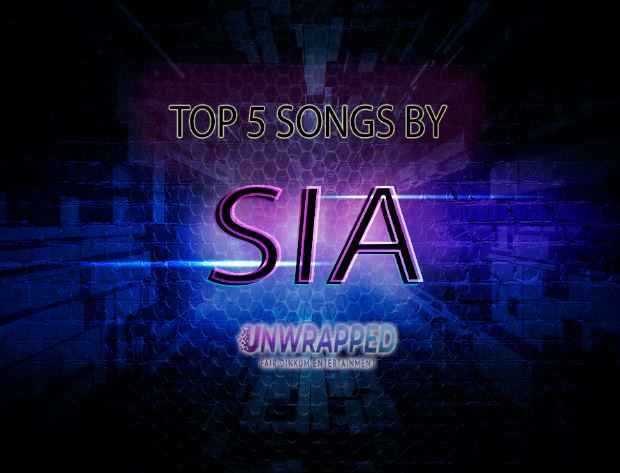 We know how excited you are to be swept away by music through Sia‘s Top 5 Tracks. Australian Unwrapped would like to give you first a glimpse of the life of the artist. Enjoy reading and listening!

Who is Sia: Sia Kate Isobelle Furler is a singer and songwriter from Australia who began her singing career in the acid jazz band Crisp. OnlySee is her debut studio album that was released in Austrialia in 1997. She relocated to London and joined the British duet Zero 7. Healing Is Difficult was Sia’s second studio album, launched in 2001, while Colour the Small One was her third which was released in 2004.

Sia has Bipolar Disorder.
She believes in aliens and mermaids.
She’s into photography and aerobics.

We freaking love music here at Unwrapped, and we adore Sia. In our humble opinion, here are the BEST FIVE SONGS by the legendary Sia (most liked, listened and downloaded songs) across the web!!!

And another one bites the dust
Oh, why can I not conquer love?
And I might have thought that we were one
Wanted to fight this war without weapons
And I wanted it, and I wanted it bad
But there were so many red flags
Now another one bites the dust
Yeah, let’s be clear I’ll trust no one
You did not break me
I’m still fighting for peace
I’ve got thick skin and an elastic heart
But your blade it might be too sharp
I’m like a rubber band until you pull too hard
I may snap and I move fast
But you won’t see me fall apart
‘Cause I’ve got an elastic heart

Don’t cry, snowman, not in front of me
Who’ll catch your tears if you can’t catch me, darling
If you can’t catch me, darling
Don’t cry, snowman, don’t leave me this way
A puddle of water can’t hold me close, baby
Can’t hold me close, baby
I want you to know that I’m never leaving
‘Cause I’m Mrs. Snow, ’til death we’ll be freezing
Yeah, you are my home, my home for all seasons
So come on, let’s go
Let’s go below zero and hide from the sun
I love you forever where we’ll have some fun
Yes, let’s hit the North Pole and live happily
Please don’t cry no tears now, it’s Christmas, baby

All I need is one
One old man is enough
Babe, you got it wrong
Please turn your fears into trust
To trust
Where’d the love go?
When all is said and done?
Hey now, I got your hands in the air
I’ma go through your stuff
Where’d the love go?
Put the running into run
You’re asking me to stay
But I never met a girl I could trust

I hope you enjoyed listening to Sia !