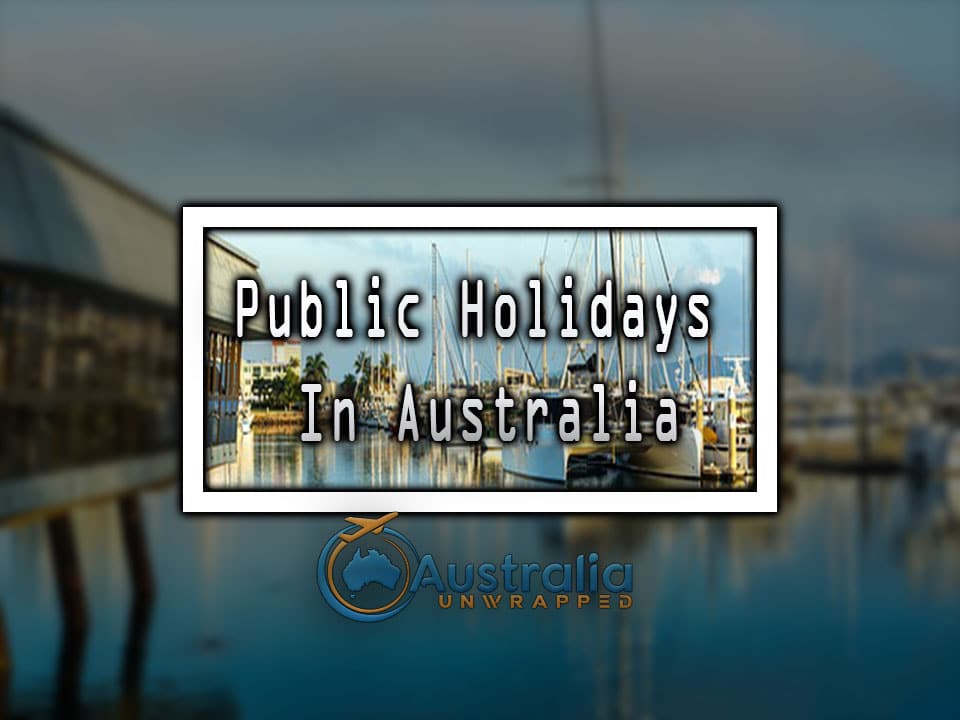 List of Public Holidays In Australia With Dates And Days:

Another surprising fact is that on these extended weekends, people in Australia get more busy. If you  are planning to visit Australia in peak holiday season. You should book interstate flights and bookings. As everything gets busier than usual on weekends or holidays.

In this article, we have gathered National Public holidays in Australia 2016 list. You can also find Australian State and Regional Public Holidays here.

Here is the list of Public holidays in Australia with their dates and days!

Australia has the exceptional Christmas Day. As Aussies have to celebrate Christmas in mid Summer because of the northern hemisphere. On Christmas, already summer holidays usually declared by authorities. So, that time becomes extremely busy for people living in Australia. People go out and get busy buying gifts for friends and families. Windows get full of new and exciting toys. People make the snowy environment with fake snow and reindeer. Traditionally, Aussies prepare Christmas lunch with Turkey, ham and plum pudding. Some people organize a typical Aussie Style BBQ. On Bondi Beach if Sydney, people from every corner of the country come for the picnic.

After every Christmas Day in Australia, Boxing day is organized. Boxing Day is also known as Proclamation Day. It  is celebrated for commemorating the establishment of South Australia as a British province. On this day, every sport get featured. On this day, famous Sydney to Hobart yacht race get started. In Melbourne, Boxing Day Test Cricket match attracts more than 100,000 spectators.

On 1st January every year, Australia celebrates New Year’s eve. In major cities of Australia, New year celebrations held by authorities in the shape of fireworks mainly. The major locations include Sydney Harbous, Perth Cup and Western Australia’s Premier. The main and famous part of the new year’s eve, is celebrations at Sullivans cove which is located at Hobart’s waterfront.

Easter holidays considered as the most important break in Australia. Easter and school holidays occur around the same period. So students get off from schools towards their homes. Easter weekend is a great opportunity to held family events to bring everybody at the same event.

Anzac Day holds great importance due to military history. This day is celebrated to commemorates efforts of Australian and New Zealand armies in World War i. The events include memorials, marches and special parade for remembering the services of those soldiers who served with their lives. The most prominent events include memorial in Canberaa and the other one is Shrine of Remembrance which held in Melbourne.

Labour day occurs in every state but on different dates. States determine the Labour Day as per their choice. So it varies from state to state. This day has the importance to remember  the eight hour working of hard working laborers. Majority of people relax on this day. Some spend time with their closed ones by having BBQ. We can say, the choice is up to people what they want to do on this day.

Surprisingly, Australia also does the preparations for the Queen’s birthday. The main reason for this celebration is that Australia is the member of Commonwealth Nations. Second Monday of June is considered for this event. The prime activity of this day is Football League game held at MCG. While in Western Australia, the date for this birthday is the last Monday of September or the first Monday of October.

Apart from National holidays, there are several State and Territory holidays which are as follow:

What to Bring on a Beach Trip

The Most Popular Drinks At Australian Casinos

Top Tips For Planning Your Next Aussie Family Road Trip