Skip to content
You are here:Home / Meryl Streep Attack on Trump is the Most Hypocritical Anti-Trump Rant 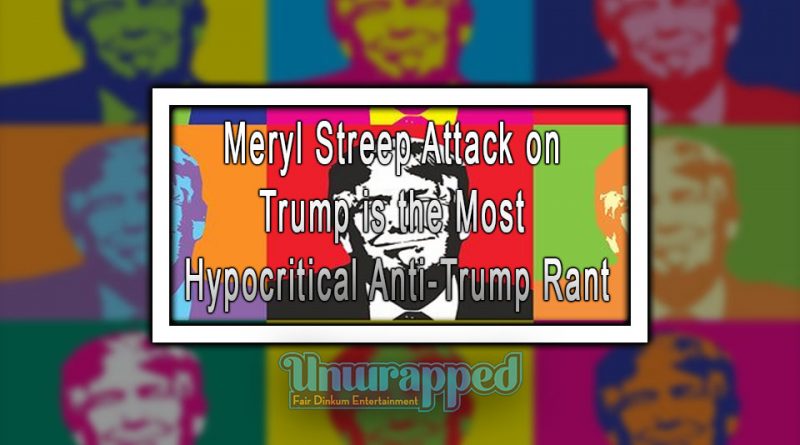 Due to her notable work in the film industry, Meryl Streep was honoured with a Golden Globes award. But as she walked on to the stage, her focus wasn’t on the award but rather on the President-elect. She used this as an opportunity to launch a personal attack against Donald Trump.

In an approximately 6-minute talk, the colourful actress criticized Mr.Trump based on fake news that he mocked a reporter.

Her audience was basically the Hollywood stars and all sat in silence as she spoke. “There was one performance this year that stunned me. It sank its hooks in my heart. Not because it was good, there was nothing good about it, but it was effective and it did its job. It was that moment when the person asking to sit in the most respected seat in our country imitated a disabled reporter. Someone he outranked in privilege, power and the capacity to fight back,” she uttered.

Her speech was in reference to an incident in which anti-Trump media claimed he humiliated New York Times reporter serge, Kovaleski. The former has a condition that hampers his joints movements.

These are allegations that Mr.Trump was quick to denounce at the time of their occurrence. Mr.Trump asked Kovaleski not to use his disability so that he could “get back to reporting for a newspaper that is rapidly going down the tubes.”

Just as Daily Mail’s Piers Morgan states, Meryl’s attack on Donald Trump was one of the worst performances in her career.

We cannot dispute the fact that she has established for herself a great name in the acting arena. She is a delightful woman – incredibly smart, warm, funny and decent. But her unfounded accusations against Trump are just too low for her to go that way.

Just when we began to take a break from the Trump-hating luvvies, here emerges another big Hollywood star ready to stir the calm waters. Donald Trump will be your president for the next 4 years if not 8 and the least you can do is to accord him smooth transition, 10 days to his inauguration.

Just as you would expect, Trump quickly reacted to the attacks on Twitter. He tweeted: “Meryl Streep, one of the most over-rated actresses in Hollywood, doesn’t know me but attacked last night at the Golden Globes. She is a….”

Well, Trump may be wrong as well. Just as pointed out above, Meryl is the greatest actress in history. In any case, finding a better female role model than her would be a daunting task close to impossible.

That means, whatever she says the whole world keenly listens.

She literarily became disrespectful to the American football fans when she said that ‘kicking out outsiders and foreigners from Hollywood’ would leave America with nothing but “football and mixed martial arts, which are not the arts.”

What Meryl fails to acknowledge is that football is much loved by tens of millions of ordinary Americans as opposed to the Woody Allen film.

The sad thing is that even with such utterances, her hundreds of the richest, most privileged people in American society sitting in the audience did not hesitate to applaud her. That basically tells you how deep the establishment goes. Hopefully, the next 10 days will wane off fast enough for Trump to begin “cleaning the drain.”

10 Australian Celebrities to Watch in 2020 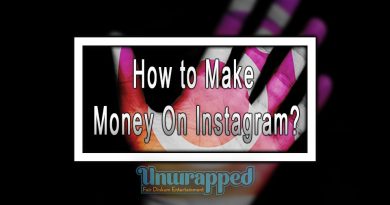