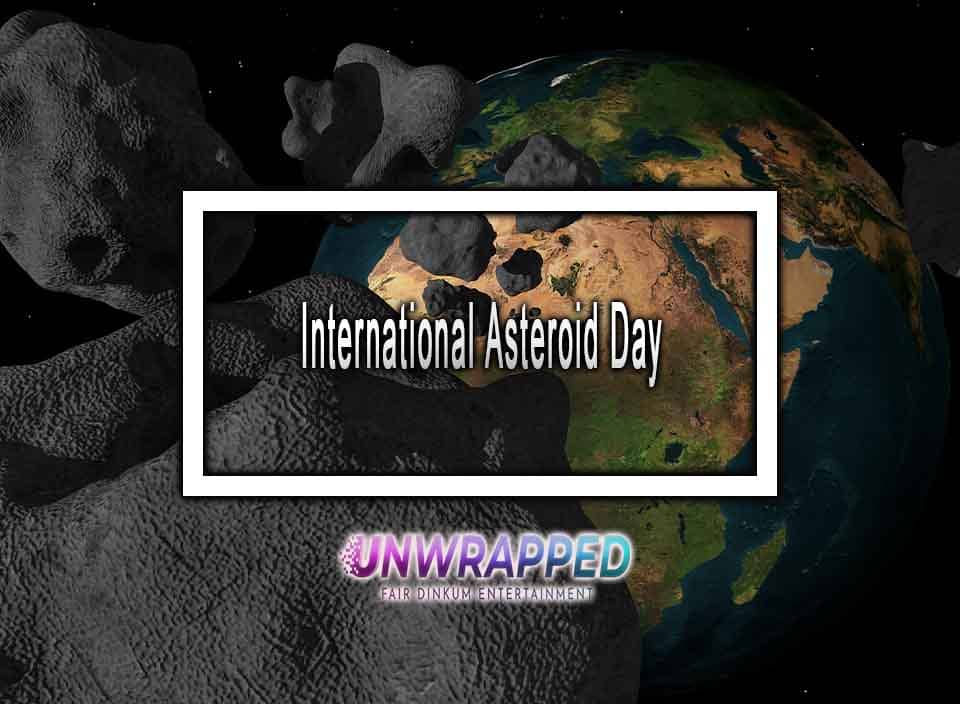 The International Asteroid Day is celebrated on 30th June every year.  Asteroid Day is an annual global commemoration of the Tunguska catastrophe in 1908 when an asteroid flattened a forest covering 2,150 square kilometers (830 square miles) in Siberia. In a resolution, the United Nations declared 30th June to be International Day of Peace. Asteroid Day is dedicated to raising awareness about asteroids and what can be done to safeguard the Earth, its people, and future generations from a catastrophic occurrence.

Do you know? HQ124 flew by Earth at a distance of 1,250,000 kilometers on 8th June, just 46 days after its discovery, while 2015 TB145 flew past at a distance of 490,000 kilometers only 21 days after its discovery. Most people are naturally preoccupied with events on the ground and are unaware that asteroids constitute a threat to our safety. The International Asteroid Day is a fantastic approach to raising awareness about the problem. However, if an asteroid hits the planet, the holiday and its events might significantly impact people’s ability to protect themselves.

In honor of International Asteroid Day, on June 30 everyone will be looking to the skies. The holiday was created after the release of the film 51 Degrees North, which explores what would happen if an asteroid struck London.

In February of that year, Brian May began working with Grigorij Richters, the director of the film 51 Degrees North, which tells the narrative of a fake asteroid impacting London and the human reaction. The film’s music was composed by May. Remy, Schweickart, Richters, and May co-founded Asteroid Day in October 2014. They formally announced during a press conference with Lord Martin Rees, Rusty Schweickart, Ed Lu, Thomas Jones, Ryan Watt, and Bill Nye after screening the film at the 2014 Starmus Festival. The event was broadcast live from London’s Science Museum, New York’s California Academy of Sciences, and So Paulo’s Science Museum. Minor planet 248750 (discoverer M. Dawson) was formally designated Asteroidday by the International Astronomical Union on Asteroid Day 2017.

Consider hosting your own Asteroid Day celebration if there isn’t one already planned in your area. Lectures, talks, and performances are common ways to commemorate the event. Hosting your own might be a massive help to your neighborhood. It’s also a great chance to contribute to raising awareness and meet like-minded people in your town who share your passion for asteroids.

Check out the movie that began it all, but be prepared for an emotional rollercoaster. The film is imaginary, but it explores a possible real-world scenario and provides enough food for thought. It’s a fantastic way to get people interested in learning more about asteroids and how to be safe in the case of a collision. Volunteers are needed to assist the holiday’s inventors and organizers in ensuring that international Asteroid Day celebrations operate successfully. +700 events are planned to occur this year, and volunteers may help with event planning, content creation, graphic design, and outreach.

International Asteroid Day encourages people of all ages to pick up a book and learn more about the sky above them and the cosmos that surrounds us. In addition, the holiday encourages established scientists to conduct further study and, in some instances, to raise scientific funding. The holiday has now been formally acknowledged by the United Nations General Assembly, which will provide even more motivation for research.

When was the first International Asteroid Day celebrated?

The first International Asteroid Day was celebrated in 2016.