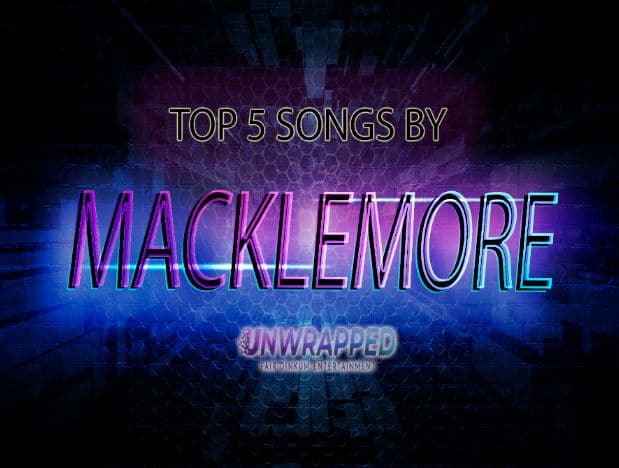 We know how excited you are to be swept away by music through Macklemore‘s Top 5 Tracks. Australian Unwrapped would like to give you first a glimpse of the life of the artist. Enjoy reading and listening!

Who is Macklemore: Macklemore is an American rapper born Benjamin Hammond Haggerty on June 19, 1983. He formed the duo Macklemore & Ryan Lewis with producer Ryan Lewis. The track “Thrift Shop” by Macklemore and Lewis (featuring Wanz) made it to United States’ Top 1 spot. Billboard considered it as the first song to peak the Hot 100 list without a major recording company backup since 1994.

His professional name “Macklemore” came from the superhero in plastic wrapping that he created in his graphics art class in high school which he named Professor Macklemore.
He is a huge baseball fan and he got major love for his hometown team, the Seattle Mariners.
Macklemore worked as a security guard at a youth prison.

We freaking love music here at Unwrapped, and we adore Macklemore. In our humble opinion, here are the BEST FIVE SONGS by the legendary Macklemore (most liked, listened and downloaded songs) across the web!!!

I’m gonna pop some tags
Only got twenty dollars in my pocket
I – I – I’m hunting, looking for a come-up
This is fucking awesome
Nah, walk up to the club like, “What up? I got a big cock!”
I’m so pumped about some shit from the thrift shop
Ice on the fringe, it’s so damn frosty
That people like, “Damn! That’s a cold ass honkey.”
Rollin’ in, hella deep, headin’ to the mezzanine,
Dressed in all pink, ‘cept my gator shoes, those are green
Draped in a leopard mink, girls standin’ next to me
Probably shoulda washed this, smells like R. Kelly’s sheets

You know I’m back like I never left
Another sprint, another step
Another day, another breath
Been chasing dreams, but I never slept
I got a new attitude and a lease on life
And some peace of mind
Seek and I find I can sleep when I die
Wanna piece of the pie, grab the keys to the ride
And shit I’m straight
I’m on my wave, I’m on my wave
Get out my wake, I’m running late, what can I say?
I heard you die twice, once when they bury you in the grave
And the second time is the last time that somebody mentions your name

I hope you enjoyed listening to Macklemore !