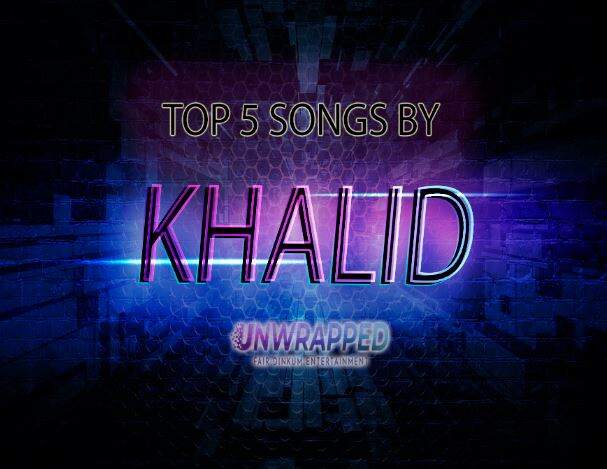 We know how excited you are to be swept away by music through Khalid‘s Top 5 Tracks. Australian Unwrapped would like to give you first a glimpse of the life of the artist. Enjoy reading and listening!

Who is Khalid: Khalid Donnel Robinson’s debut studio album American Teen (2017) made him famous because it was a certified 4× Platinum by the Recording Industry Association of America (RIAA). “Location” and “Young Dumb & Broke” were some singles produced by the album which made it to the US Top 20 singles. “Young Dumb & Broke” was certified Diamond by the RIAA.

Khalid’s name means “eternal”.
His mother was with the army so he moved around a lot.
Even though he came from Georgia, Khalid called El Paso (Texas) his home where he moved just few years ago.

We freaking love music here at Unwrapped, and we adore Khalid. In our humble opinion, here are the BEST FIVE SONGS by the legendary Khalid (most liked, listened and downloaded songs) across the web!!!

Thought I found a way
Thought I found a way out (found)
But you never go away (never go away)
So I guess I gotta stay now
Oh, I hope some day I’ll make it out of here
Even if it takes all night or a hundred years
Need a place to hide, but I can’t find one near
Wanna feel alive, outside I can’t fight my fear
Isn’t it lovely, all alone
Heart made of glass, my mind of stone
Tear me to pieces, skin to bone
Hello, welcome home

When I was young, I fell in love
We used to hold hands, man, that was enough (yeah)
Then we grew up, started to touch
Used to kiss underneath the light on the back of the bus (yeah)
Oh no, your daddy didn’t like me much
And he didn’t believe me when I said you were the one
Oh, every day she found a way out of the window to sneak out late
She used to meet me on the Eastside
In the city where the sun don’t set
And every day you know that we ride
Through the backstreets of a blue Corvette
Baby, you know I just wanna leave tonight
We can go anywhere we want
Drive down to the coast, jump in the seat
Just take my hand and come with me, yeah

We are, we are, we are
L.A. on a Saturday night in the summer
Sundown and they all come out
Lamborginis and their rented Hummers
The party’s on, so they’re headin’ downtown
Everybody’s lookin’ for a come up
And they wanna know what you’re about
Me in the middle with the one I’m lovin’
We’re just tryna figure everything out
We don’t fit in well
‘Cause we are just ourselves
I could use some help
Gettin’ out of this conversation, yeah
You look stunning, dear
So don’t ask that question here
This is my only fear, that we become (hey)
Beautiful people

I hope you enjoyed listening to Khalid !