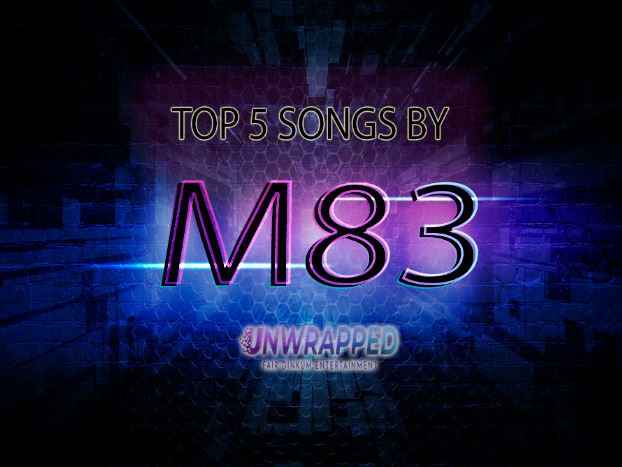 We know how excited you are to be swept away by music through M83‘s Top 5 Tracks. Australian Unwrapped would like to give you first a glimpse of the life of the artist. Enjoy reading and listening!

Who are M83: M83 is a French rock group formed in Antibes in 1999 whose current members are Anthony Gonzalez, Loïc Maurin, Kaela Sinclair, Joe Berry and Jordan Lawlor. Some of their prominent albums that paved their way big to the music industry were Dead Cities, Red Seas & Lost Ghosts, and Hurry Up, We’re Dreaming. The hit single “Midnight City” was their breakthrough song after signing with Mute Records.

Anthony Gonzalez’s family had a great interest in football and Gonzalez had trials with AS Cannes.
At the age of 14, Anthony Gonzalez got injured and turned to music instead after his parents bought him a guitar.
Together with Fromageau,  Anthony Gonzalez formed a post-rock outfit called My Violent Wish.

We freaking love music here at Unwrapped, and we adore M83. In our humble opinion, here are the BEST FIVE SONGS by the legendary M83 (most liked, listened and downloaded songs) across the web!!!

I’m the king of my own land
Facing tempests of dust, I’ll fight until the end
Creatures of my dreams raise up and dance with me!
Now and forever, I’m your king!

My Tears Are Becoming A Sea

I hope you enjoyed listening to M83 !