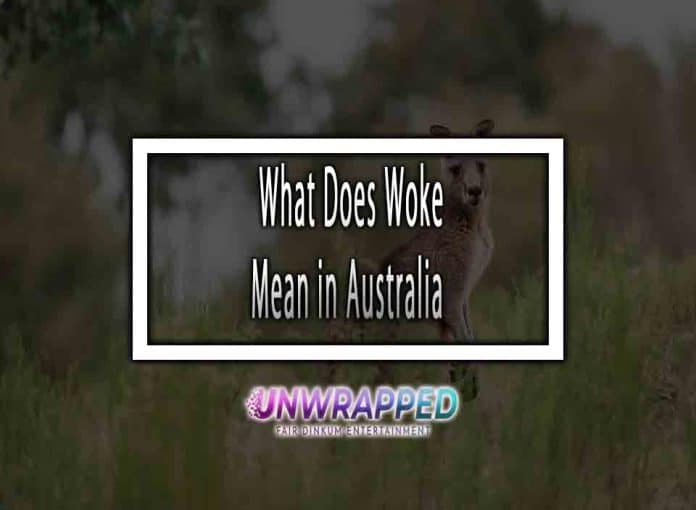 What Does Woke Stand For in Oz

Woke seems to be the buzzword of the hour, I have no doubt it’s been weaponised by politicians, organisations and agenda-driven individuals on both ends of the political spectrum. But the question remains is what does Woke mean to Australians? Firstly I would like to make it clear in Australia outside of Canberra you can still have a normal conversation without thinking of every single word you say and how in 15 years it could offend someone. However, Wokeness is creeping into our society and being aware of it is your first and often best line of defence.

Read This: Why Wokeism Is a Religion?

Wokeism in Australia How to Spot it!

Someone Who Claims to Think For Themselves

Often you will notice that individuals will pride themselves of free thinking yet while they are busy sorting everyone else’s issues out they ignore their own. I love it when someone complains of killing the planet while at the same time connecting their iPhone to their brand new SUV.

Woke folks especially white middle-class woke are able to spot sexism, racism and any other ism everywhere they look and will often campaign on behalf of people who have no idea how oppressed they are. The story that springs to mind is my mate’s wife after the 3rd glass of champagne in her hot tub felt she had been passed up for a promotion due to her gender despite working part-time and being less experienced and qualified than the guy that got the job.

See this: What Is Wokeism and Cancel Culture?

Think Nothing of Giving You a Good Lecture

You may find yourself at the end of a lecture from a woke person, it will be self-righteous and not open for debate. Any attempt you make at offering a rational counterargument will be shunned and an “ist” and dismissed. They also do not see clear dualities in their own behaviour while sipping their coffee with a smile.

My advice is if you are engaged with a woke person then disengage as soon as possible. It appears to be contagious and it is not a pathway to paradise but one of destruction.

Also Enjoy: When Will Wokeism End?