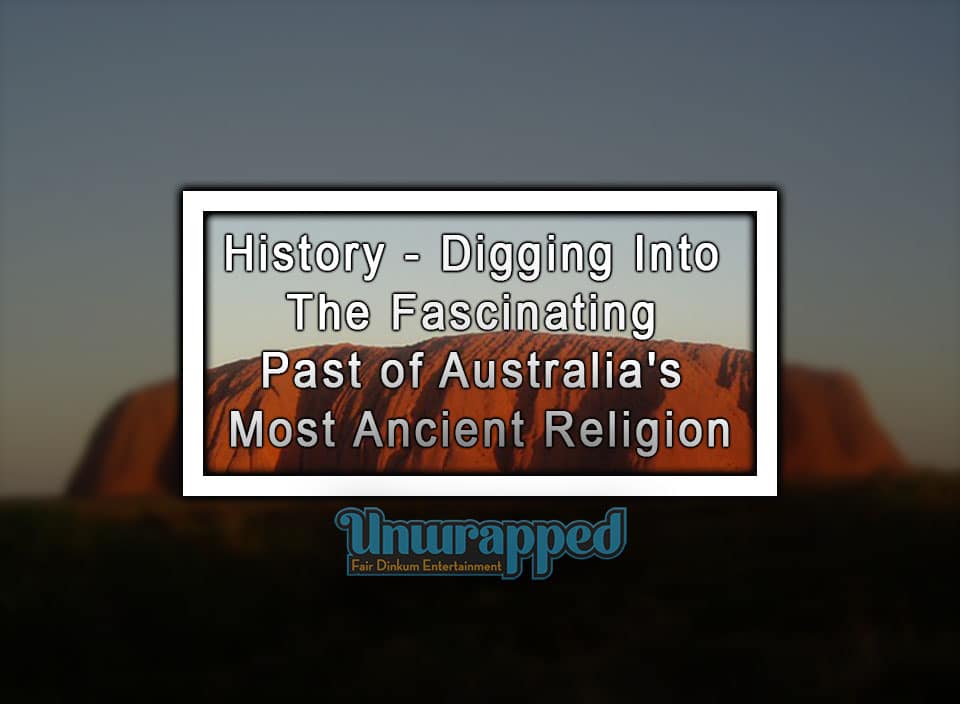 Australia allows its citizens to practice their religions and beliefs. According to the law of Australia, the government is not entitled to interfere in any religious matter of an individual or a group and cannot interfere with the establishment of any religious place.

Aboriginal religion, like a lot of other religions in this world, is based on Polytheism. This means that the people who follow this religion believe that there is not a single being, or a thing referred to as God, but rather several beings.

In their religion, God is not a person or some human form of divinity, but it can be in a form of some natural setting, a picture on a rock or a cave, or in the form of some animal.

Read More: Australian History Before and After 1901

According to their religion, every living or non-living being may not possess a soul but every one of these beings is, however, a creation by one of their Gods. They also believe that every existence in this world can be interchanged with human life through re-incarnation.

3. A Commonality of Beliefs

The Aboriginal religion is polytheistic and the majority of their beliefs derive from a single point in the history of their ancestors. A single God does not cover the whole of Australia, but the beliefs of these people overlay in every tribe.

The Wandjina Spirits in the Northern Kimberly are the Gods of Rain for the Worora and Wunambal Tribes but in the east, they have others, Gods, for the same purposes. The way of preaching is also somewhat common.

Aborigines do not believe in the concept of one God for everything or the whole universe, being polytheistic these people have different Gods for everything in their life. These categories have been shaped from ancient times.

The religion of Aboriginals may be referred to as the most ancient religion as well as the most categorized or vast religion. This religion is spread all over Australia and has so much variety that a person can continue to explore this religion and not get enough of it.

Read More: Australian Aboriginal Flag and the meaning of its Colours

These beings are ascribed for teaching the ancestors of Aboriginals the way of living life, of how to hunt, of how to create tools, and for creating laws of societies. They pay accolades and respect to them through their art, dance, rock drawings, etc.

7. The Age of Creation

Aboriginal Religion has a variety of versions of every event recorded in their divine history. However, the most important era in their history like in any other religion of the world is the era of creation. The crucial time when their Idols created this world.

Due to its diversity, the history and name for these events and eras are different in every region of Australia. These were the times when their idols created the world for them, they created the sea, the land, the sky, the mountains, and flora and fauna for them. These times are recorded with different names in different languages all over Australia.

In Aboriginal culture, dreams are not what normal dreams are meant to be. For the Aboriginals, dreams refer to the memories of their creation period, times when things were under creation by their Gods. These concepts have given rise to the term ‘The Dreamtime’.

9. The Heart of Aboriginal Religion

All pieces of Aboriginal Religion are swarming with folktales of the Dreamtime. Each tribe all over Australia has its own unique story related to the Dreamtime, which gives a moral message or shows some wisdom.

10. The Chronology of Aboriginal Religion

Since the prediction of these years is based on the research by carbon dating, therefore the figure of 50,000 conflicts with the figure of 40,000 and the latter figure is what most people believe to be true. However, the chronology present by the Aborigines suggests that their knowledge of their existence dates back to five or six generations which gets very close to the times of creation, the ‘Dreamtime’.

Australia is lucky enough to be home to one of the oldest religions in the world, the Aboriginal Religion. The religious practices of rock drawings, paintings, tool paintings, songlines, dreaming stories, and much more have been observed in the ancestors of the Aborigines. Even though their religion was faded up to a great extent after the British came in 1788, but still it has preserved its identity and versions in all aspects.