Skip to content
You are here:Home / Dhoni’s Long Hair Mahendra Singh Dhoni or most popularly known as MS Dhoni is an Indian cricketer and captain who came from Jharkhand, a place where cricketing is barren. He is not only known for being one of the best cricketers in the world but for his gorgeous long locks and stylish hairstyles as well. MS Dhoni’s hairstyles also influenced his fans because they wanted to look like their idol.

In this article, you will know the reason behind MS Dhoni’s long hair and his iconic hairstyles.

Let us make a quick rundown about MS Dhoni’s hair. During the earlier days of his career, he has sported this long mane and to some other people, it was displeasing to look at and made a controversy about it. Aakash Chopra made a comment about his hair and told Dhoni to cut it but Dhoni did not oblige. He believes that his hair would not hinder his performance in the field. In addition to his reply, he thinks that the fans will soon follow his hairstyle, especially knowing that the cricketer knows how to start a trend.

And MS Dhoni was right, his long hair became his trademark, and fans from all around the world followed his hairstyle because they wanted to look like their dearest idol. Even the former President of Pakistan, Pervez Musharraf praised his wonderful long hair. Ever since then, he was not known as just one of the best cricketers out there but a trendsetter as well.

Enjoy: What Is a Cricket Ball Made Of?

This is going to be a chronological list of MS Dhoni’s different hairstyles.

In the earlier days of his career, MS Dhoni has already caught the attention of the people, mostly the ladies, in the arena and became his fans. He flaunted his brown-colored hair and every time he combs his hair through his hair or it is blown by the wind, I can guarantee you that it makes the ladies cheer.

His hair was still long but he dyed it with black which suited him better.

To our dismay, MS Dhoni had replaced his suave long mane with cropped-styled spiker hair.

MS Dhoni decided to put some fades in the side of his head while leaving the top of his hair up until the nape, uncut, giving a look of a faux mohawk.

Still leaning to a short haircut, MS Dhoni sported a more sophisticated look with his previous haircut. He kept his fades on the sides of his head, added with long sideburns, and a heavy crown with spikes.

MS Dhoni decided to get bolder and braver with his newest haircut of the year and he shocked the fans. He chose to have a buzzcut this year.

After the Cricket World Cup 2011, MS Dhoni opted to go semi bald. Probably for the reasons of him maturing and his grey hairs are showing but nevertheless, he looked sophisticated, chic, and very expensive with this clean-cut look.

Going back to the spikes! MS Dhoni made his spiked hairstyle re-debut back in 2012 with faded sides.

Now, this hairstyle really took the creme of the crop. This seemed like something that is beyond MS Dhoni’s usual haircuts. MS Dhoni decided to go for a mohawk with the crown of his head up until the nape is saturated with hair, actually giving him a bit of a mullet as well, and the sides of his head are completely bald. Now, talk about a versatile cricketer, and trendy hairstyle guru!

The punk rock era of a mohawk has come to an end for MS Dhoni. In this year, he has flaunted a heavily saturated head of hair and he has grown a stubble, giving him a gruff and rough look to his mien. This was also the year he retired from the Test match format of the game of cricket.

MS Dhoni once again went back to the faded sides with spikes on the top, however, he is no longer hiding the growth of some gray hairs in his head and completely flaunting it. No shame in that of course, it just basically means that the cricketer has come a long way in his career and has grown as a cricketer and a trendsetter as well.

Now, to be completely honest, MS Dhoni’s hairstyles never missed a beat of becoming the next trendy hairstyles for people to follow, however, his looks from 2016 up until now is incredibly a huge change from his usual stylistic and iconic spikes with fades. MS Dhoni rocks these semi-faded sides with a saturated crown and stubble, but there is a twist. The cricketer has never looked so sophisticated and believe it or not, he looked as youthful as he ever was with his past hairstyles. He looked dapper and chic!

Enjoy: What is ODI in Cricket?

Now that was a refresher! MS Dhoni is not just an excellent cricketer but a very fashionable person as well. A trendsetter if you may! He did not just influence the younger masses and his fans to be motivated with cricket, but his stylish hairstyles as well.

What’s more interesting about this side of the cricketer is that despite the controversy and hate he received with his hairstyles, he never seemed to be bothered by it because he knows that the majority of the people will love it anyway and they would surely follow. Another takeaway from this article is that MS Dhoni sends a message to everyone who is always criticized for what they do and their business. Like MS Dhoni, we should learn how to not care and think too much about what people say and not let their words bother us. We should always remain true to ourselves just like the cricketer, he never swayed from the backlash and decided to make his intriguing hairstyle his trademark and from then onwards, he was not just viewed as an ace in the cricketing field, but an influencer when it comes to styles and hairstyles!

Read On: How To Bowl Fast In Cricket? 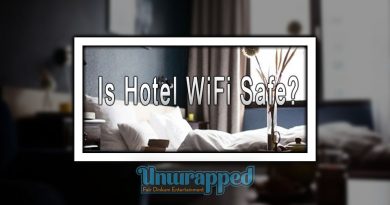