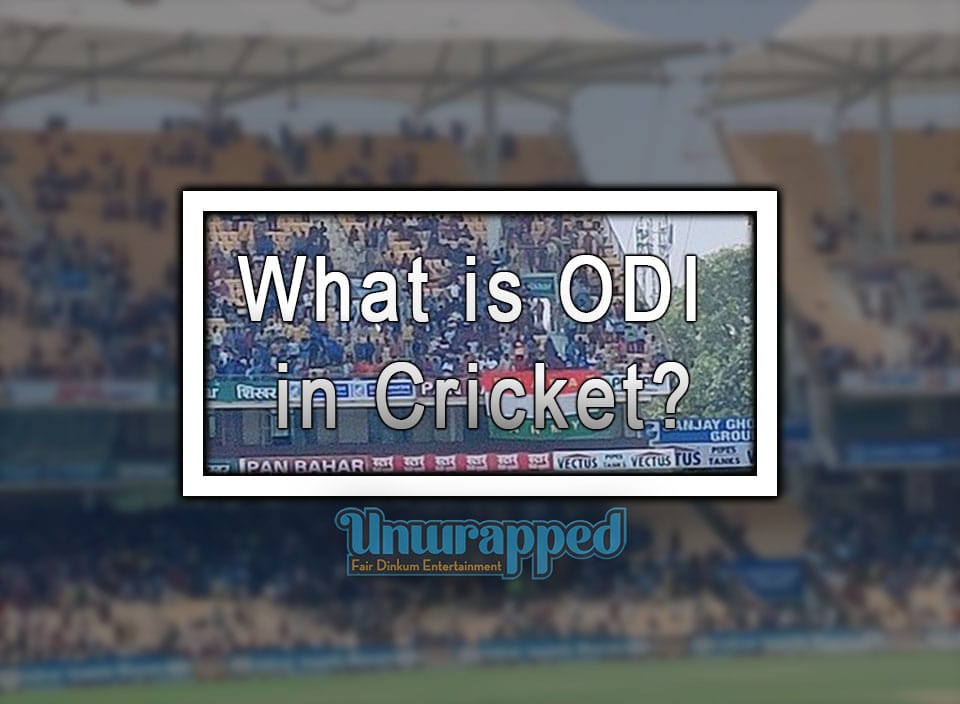 Everything You Need to Know About ODI Cricket

Cricket is a well-loved sport and played globally. The sport plays grand events or matches and one of the most popular matches of cricket is the ODI. In this article, you will get to know about ODI, its history, and the rules and regulations.

During the late 1970s, Kerry Packer, currently known as the founder of the World Series Cricket, his establishments has caused the greatest features of the One Day International cricket that became commonplace in the present. The influences include the colored uniforms to determine which role has each member of a team plays, entertaining matches played at fields during the nighttime with bright lights, white balls, and dark sight screens, and the matches were also broadcasted nationally, internationally, or globally, the games have multiple camera angles to make the viewers who were not in the stadium to really feel the atmosphere and the excitement the stadium-viewers feel. The camera angle’s purpose is to make recaps and zoom in on the moves of every player to highlight their best moments in the cricketing field. Microphones are also used for the referees to comment about the game while the athletes are in action in the field. Microphones also record the noise and excitement in the crowd in the stadium. These types of equipment maximize the entertainment of every watcher in the stadium and from all across the world who are with friends and families, watching by their television. Last but not least, the amazing graphics to have a clear vision of the games and the players in the field.

The first match that was played with colored cricket uniforms was the World Series Cricket Australia XI team or WSC Australians with the color, wattle gold versus the World Series Cricket West Indies XI or WSC West Indies flaunting their coral pink-colored uniforms. The games were played at VFL Park in Melbourne (currently known as Waverly Park) back on January 17, 1979. Because of all the major, exciting, and grand changes that happened to the popular cricket match, the late Kerry Parker was credited and applauded for making the sport, cricket a more professional, well-sought, entertaining, and well-loved sport by all ages, from all across the globe.

How is an ODI (One Day International) Match Played and What are the Rules?

The one who bats first will be picked through chances by the process of a coin toss. It is in the rules that the captains from each group will be doing the coin toss. As for the loser, the other team will bowl and field. The winning team from the coin toss who gets to bats first must try to score as many runs. As for the bowling and fielding team, each bowler from their team has a maximum of 10 overs to bowl. The players will have to follow some restrictions during the One Day International matches. A field restriction is applicable for the first 10 overs and the last 10 overs, where only two players and five players are only allowed to do their fielding outside of the 30-yard circle. And once each team has completed all their innings, the basis for whoever gets to win the match is the number of runs they acquired. The team that garnered the most number of runs is the winner.

The weather plays a big role in playing by the rules as well. If it is too windy or rainy, the total of ball-overs will be reduced. On occasions and unfortunate events like this, the usual happenings will only lead to the match ending in a draw or sometimes no results at all.

The takeaway from this article is that cricket has a web full of rules but is really interesting to learn from. The background of the sport is extremely interesting as well. It was also very empowering because it started really small but it is now grand.

Added to the article is that it is true that sports really do bring together or it could make anyone temporary rivals due to the different teams each and everyone is rooting for. The background of the story of how cricket has come to be one of the most well-loved sports is very entertaining. The history was brimming with interesting facts and it was mesmerizing to be knowledgeable about how cricket, one of the world’s best sports that has a huge fanbase, started from just simple beginnings and it was just for fun. Now, it became a professional sport, played by multiple talented and versatile athletes, led by coaches, inspiring stories that touch the mass in all ages, races, and origins, and heavy and big influence to aspiring athletes, specifically cricketers to be knowledgeable about the sport and become the next greatest cricketer that the world will know and for future generations to come.

Stay Connected
46,584FansLike
5,663FollowersFollow
840FollowersFollow
Previous articleHow To Bowl Fast In Cricket?
Next articleWhat Is a Cricket Ball Made Of?