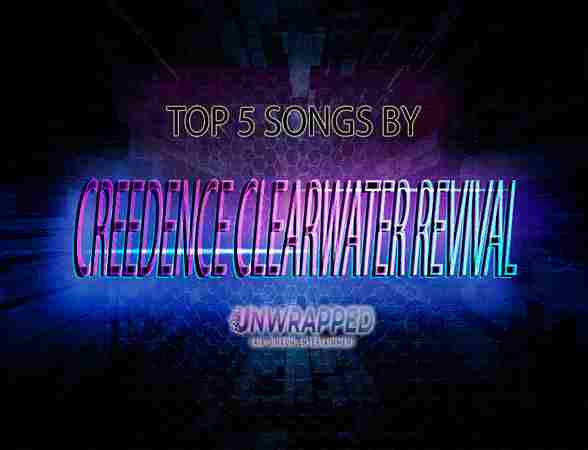 We know how excited you are to be swept away by music through Creedence Clearwater Revival‘s Top 5 Tracks. Australian Unwrapped would like to give you first a glimpse of the life of the artist. Enjoy reading and listening!

All about Creedence Clearwater Revival

Who are Creedence Clearwater Revival: Creedence Clearwater Revival (AKA Creedence and CCR), was consisted of lead vocalist, lead guitarist, and primary songwriter John Fogerty; his brother, rhythm guitarist Tom Fogerty; bassist Stu Cook; and drummer Doug Clifford. Originally released in 1976, Chronicle: The 20 Greatest Hits is still on the Billboard 200 album chart, has been certified 10* platinum, and hit the 500-week mark in December 2020.

The group initially played instrumentals and “jukebox standards” under the name Blue Velvets.
Creedence Newball, whose name was changed to form Creedence (as in creed); and a television commercial for Olympia Brewing Company (“clear water”) is where the name of the band was coined from.

Have You Ever Seen The Rain

Down On The Corner

Early in the evenin’ just about supper time
Over by the courthouse they’re starting to unwind
Four kids on the corner trying to bring you up
Willy picks a tune out and he blows it on the harp
Down on the corner
Out in the street
Willy and the Poor Boys are playin’
Bring a nickel, tap your feet
Rooster hits the washboard and people just got to smile
Blinky thumps the gut bass and solos for a while
Poor Boy twangs the rhythm out on his kalamazoo
And Willy goes into a dance and doubles on kazoo

You know, every now and then
I think you might like to hear something from us
Nice and easy
But there’s just one thing
You see we never ever do nothing
Nice, easy
We always do it nice and rough
So we’re gonna take the beginning of this song
And do it easy
But then we’re gonna do the finish rough
This is the way we do “Proud Mary”
And we’re rolling, rolling, rolling on the river
Listen to the story

I hope you enjoyed listening to Creedence Clearwater Revival !