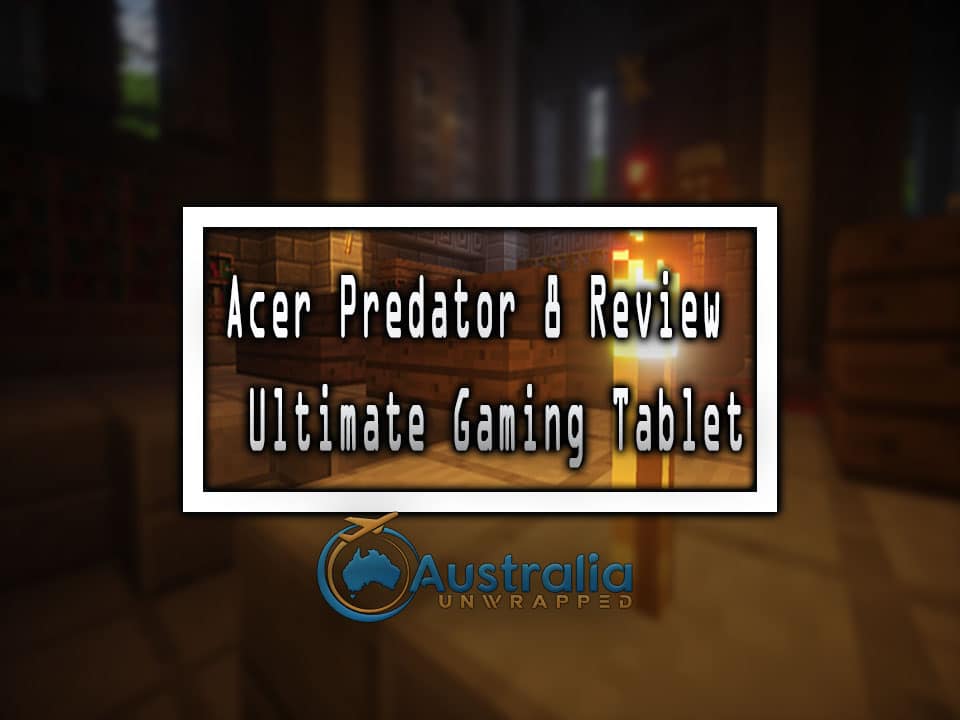 Before its launch, the company heavily invested in the marketing. In fact, the brand was claiming to bring the best Android tablet. As per them, Acer is the most advanced Android tablet in the market with additional features. If we talk about additional features, it has vibration feedback and strong speakers. Acer claimed that its tablet has the strongest speakers than any other tablet in the world.

Because of added features and novel design, Acer Predator 8 managed to hold in the market. As the market is full of Android tablets. In fact, Google Pixel C is also coming to the market. Pixel C is considered as the fiercest rival to Acer predator 8.

So let’s take a deeper look inside Acer Predator 8, and check whether it can stand in the market or not!

The main concern of this tablet is its design. The company called this tablet as the “Ultimate gaming tablet”. So it can’t have generic outlook and design. One thing is clear, you will either love it or loathe it. No doubt, it is absolutely unique, but aggressively unique.

The gaming outlook has red, silver and black casing which is composed of plastic. The edges and other components have been molded into different angles. To bring high end feel, there is a metallic finish on the back and edges.

Now coming to the main point, it has four front facing speakers. No other tablet has such aggressive sound system. That’s why gamer is going to appreciate this tablet. For giving the vibration feedback, it has a separate motor inside. The vibration feedback is the unique feature which has been added in Acer tablet for the first time.

For any gamer, the display of the device is most important. Acer Predator 8 provides a vibrant display of Full HD 1,920 x 1,080 resolution on 8 inch screen. Well, users were expecting QHD display. But let me clear myself, the display is so vibrant that you won’t miss QHD display.

The company has done a really good job on the display. The colors just absolutely pop on the screen. You can select different display levels using MediaMaster app quickly. So, we can say, FHD display works fine.

The performance of Acer Predator 8 is awesome. As it is powered by Quad core Atom x7-Z8700 1.6GHz processor from Intel. To support high graphics, it runs on Intel HD Graphics Gen 8-LP GPU. It owns 2GB RAM and internal storage of 32/64GB. You can add SD card up to 128GB.

So most of the high graphics games will run properly on the Predator 8.

Acer Predator 8 is running on divine Android 5.1 Lollipop. Well, we would love to see Marshmallow. But Lollipop is acceptable. As it is a standard in most gaming tablets. For additional feature, it has own customized skin.

The Android comes with preinstalled applications. So if you want clean Android skin, then you may not like the Predator 8. Preinstalled applications include Asphalt 8, Dropbox, Games shop, opera Max, OfficeSuite, eBay, Booking.com, Could Print and Astro File Manager. But the best part, you can uninstall them as per your choice.

Camera is something that does not come in high quality in tablets. In Acer Predator 8, the rear camera is 5 megapixels and front camera is 2 megapixels. With such numbers, you can click decent quality pictures using Acer. You can capture video at 1080p with 30fps.

The battery is the main concern related to smart device. Why the never ending battery cannot be created? Ignore the irony. Acer claims to build strong battery of 4,420mAH in the Predator 8. As per the company, it can last for 8.5 hours. The limit is pretty acceptable.

Now the question arises, whether you should buy Predator 8 or not? Well, it depends upon certain factors. For example, if you are looking for gaming tablet that actually look alike gaming tablet. Then Predator 8 is the one you are looking for. But again this won’t work much for people who like to attach keyboard with tablets. Otherwise, this tablet is offering pretty awesome comparatively to its price tag!