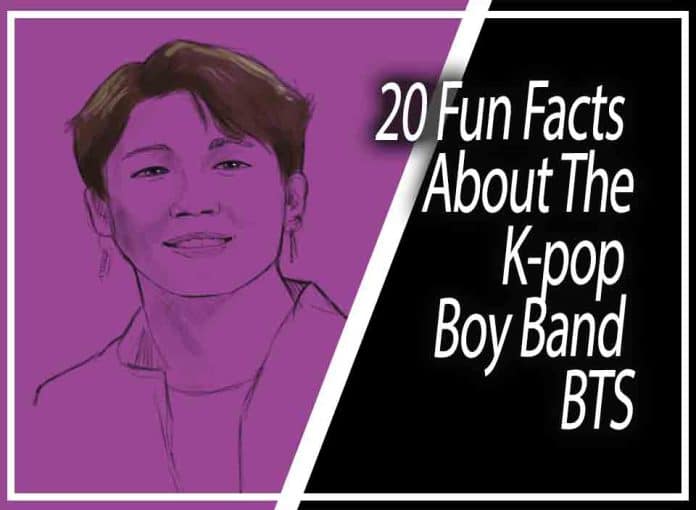 The sheer magnitude of BTS’ success over the years has lifted the multi-talented Korean band from what most individuals would call a modern-day sensation into what we can best define as a worldwide phenomenon. Their fan base spans worldwide, and even if you are not yet a fan, you have probably heard of them. There are numerous things about BTS, a Korean boy band, that we do not know, most of which are likely intriguing facts. We need to go a step further in getting to know them by finding out what humorous stories they have. These are the top 20 fun facts about the Korean boy band BTS.

J-hope’s mic is a pale blue with crystals. Jimin has the gold microphone because he works hard to obtain what he desires. V has the green mic since he does not want to fight other individuals. Jin’s mic is light pink with pink crystals. RM’s mic is blue, and he selected it since he quietly leads the other members. Suga owns the black microphone.

And the last one is Jungkook’s purple mic, which he picked since he has creative feelings.

During their early days, BTS appeared on the variety show Rookie King: Channel Bangtan. BTS’ V recalled how Bang Si-hyuk could not remember his name. One winter day, they went to a convenience store to buy food. They met their CEO there, but he could not recognize V. The group recounts this awkward situation, making everyone laugh.

3.      Jungkook stated that he desires to own a duck restaurant or become a tattoo artist ten years from now.

Jungkook got asked in the interview to express his interest in 10 years being a duck meat shop owner or a tattoo artist. He answered that he used to enjoy eating duck. Moreover, if he was the owner of such a restaurant, he could eat as much duck as he wanted.

He also has a strong interest in tattoos and has even begun to consider tattoo templates.

The idol was crying because he had a wardrobe malfunction during BTS’ performance; apparently, his wardrobe did not fit very well his pants were dropping off. The K-Pop band officially debuted in 2013. Jin from BTS would never forget that day in his life. On June 13, 2013, the Korean singers performed for the first time on stage. Their first song was No More Dream, but it got remembered for Jin’s incident on stage, which caused him to cry.

5.      Despite possessing abs, Jimin believes he is fat and overweight.

Jimin considered himself to be chubby. He said that his cheeks grew chubby even if he ate light foods and that he ate only after the shooting got finished. He then used to starve himself for days, and while on a diet, he just ate one meal per day that was no more than 300 calories. Jimin said in BTS’s Wings Concept Book that he reduced 7 kgs in two years through an intense workout and a strict diet. The Blood, Sweat, and Tears phase was so hard that he would pass out during rehearsals, making the other cast members concerned about his health.

V has a variety of snoozing habits, which the partners once discussed amusingly. They agreed that V not just to sleep paces but also sleep talks. V speaks when he snoozes.

There have even been instances when V murmured that he wanted to order food while sleeping.

J-Hope has no body piercings. Some may find it surprising, but the rapper has reasonable grounds for his pierced-free ears. According to him, he wants to keep his earlobes pure from punctures and holes.

10.  There are eight people in BTS’ first-ever photo.

When the BTS group photo got captured for the first time, only eight members were in it. Supreme Boi is the eighth person in the photo taken before his debut. He should have made his debut with BTS, but he, like the other rappers, left the label before his debut. However, he continues to work as a producer for Big Hit Entertainment and has featured on several tunes with the rap line.

11.  RM chair slip and fall during an award show.

When Bts won Daesang, RM abruptly stood, causing his chair to slip and fall background on the boy band sitting next to them. He nearly knocked over a table on his way to the stage. Another celebrity needed to hold the table.

During their debut days, Yoongi gave fans gifts on his birthday. He wrapped his gifts (along with the help of other members), and he also wrote his handwritten notes. He had 300 presents ready because he did not know how many people would show up, and he was overwhelmed when more than 300 people showed up.

When the members of BTS first met Taehyung, they assumed he was a spoiled brat because he was wearing a costly jacket. However, his mother purchased it for him because she did not want the “rich city boys” to laugh at him.

14.  RM tends to misplace his passport everywhere they go.

RM is prone to misplacing his passport everywhere they go. As a result, he has been very embarrassed, and the others have had a lot of trouble. Namjoon lost it while returning to Korea from their WINGS TOUR in Taipei, Taiwan. He repeated this mistake on their way to Chile.

RM also misplaced his passport again in Stockholm, Sweden, in 2016 while filming Bon Voyage season 1 with Jin, Suga, J-Hope, Jimin, V, and Jungkook. This forced him to return to South Korea.

Jungkook sleeps like a starfish, according to Suga’s doodle. Towels are used instead of pillows by the BTS’ youngest member. Moreover, he sleeps with his legs crossed.

16.  Taehyung wants to be able to talk to cars.

V said in an interview that if he had superpowers, he would like to be able to communicate with cars.

Jimin is among the few students in the Busan Highschool of Arts to attend dance and math classes at once. His math instructor admired him because he constantly attended, but other students who had returned from dance lessons would sleep in the back.

18.  Jungkook is scared to microwave.

“When I was younger, I didn’t come out of my room when I was preparing the food in the microwave.” Jungkook expanded on his phobia of this equipment several times. Jungkook stated that he is afraid of microwaves exploding. Because of this, he avoids them.

If V cannot sleep, he reads a book and falls asleep while reading it because the book has a lot of letters, which will make him tired.

20.  J-hope got broken hearted before.

J-hope recalled one such instance back in 2014. In the sixth episode of Rookie King, the lads got forced to sing along to their favorite songs during a karaoke session. J-hope explained how he found his favorite music while discussing the story behind it. Back in high school, J-hope had a lover. But she dumped him later for someone else. He took the bus with an unhappy heart and an MP3 player in his hand, being the devastated youngster that he was. His then-favorite song, Dynamic Duo’s Solo, began playing by coincidence and has since been a part of his memories.

Indeed, fans have many reasons why they support, admire, and cheer for BTS. Here are some of them:

A Comprehensive Guide To The K-Pop Boy Band BTS