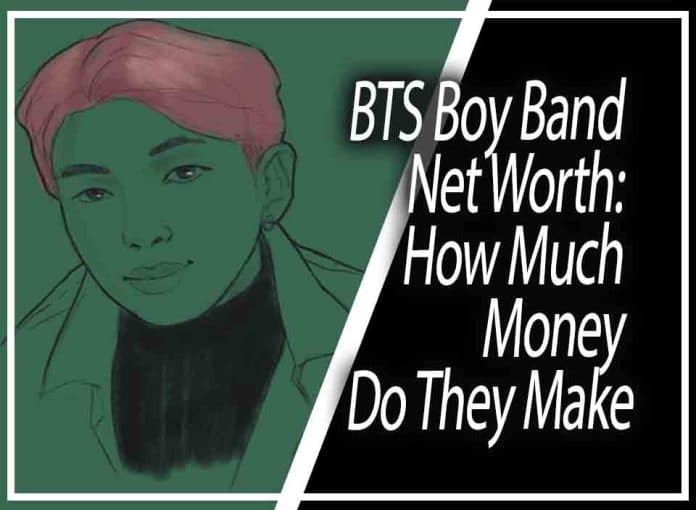 As Generation Z gets immersed into technology, Korean pop dominates the worldwide media arena. They have stormed and shaken different social media platforms with trends and updates. Whether you believe it or not, the most popular K-pop group has around 22 million fanbase members worldwide. Some teenagers even got their grandmothers, grandfathers, mother, father, or other family members to “stan” the group.

Read On: BTS: “The Korean Boy Band Taking Over The Music World”

Bangtan Sonyeondan, more commonly known as BTS, is a seven-membered Korean pop band creating songs concerning various issues and concerns. All their song releases made a hit in the music industry by dancing, singing, rapping, and, let us not forget, their lyricism. People can barely imagine the power BTS holds as they are the biggest boy band in the world today. But with the popularity and success of the global stars J-Hope, Suga, Jimin, V, Jin, Jungkook, and RM, just how much money does BTS make?

Let us start with the endorsements and brand deals they have. They had a paid partnership with some apparel like HANDSOME, SKECHERS, LeSportsac, Reebok, and PUMA. And for every brand they endorse, they have an approximate $4.5 million to count. They also have an ongoing contract collaboration with various apparel such as Louis Vuitton, FILA, JAMIE WONDER, NEW ERA, Stonehenge, Anti Social Social Club, and Converse. And not just that, they also got a brand collaboration with KB Kookmin Bank and a continuing banking partnership with Shinhan Card.

We also cannot forget their world-shaking collaboration with McDonald’s: the BTS Happy Meal. This food package made their fans joyful. Some even shed tears of joy as they post their happy meal pictures all over the internet. Their partnership with McDonald’s got them an $8.5 million deal.

And of course, with all of the brand partnerships stated, there is still a lot to mention. And to realize that they may have hundreds of collaborations in several countries, they have piles of cash to deposit in the bank. They even get described as the king of advertisements for the past years.

Besides their brand deals, BTS also does interviews and guests. They had appearances on numerous reality television shows such as Friends, The Tonight Show, Running Man, After School Club, Rookie King, Shimshimtapa, Kiss the Radio, BTS in Thailand, BTS American Hustle Life, MBC Weekly Idol Episode, Nico Nico, and a whole lot more. And in shows like this, their earnings range from $5 million to $7 million. Some can only imagine how much time they spend counting their money at night with this money!

We are all aware that BTS Concert and Tour Tickets get sold out quickly. Even on their online live performances, ARMY has a price to pay. They even earned $170 Million from touring last September 2020. Counting it up, they gain $2,500,00 each in ticket sales.

Through their album sales and hit stock shares, they make a combined $50 million (and around $7 million for each member). Plus, let us imagine all the merchandise they have. They also have a share in each of them. May it be their official lightsticks, unique designs of hoodies, t-shirts, sweatshirts, and accessories. BTS can even start a new company since they own a portion costing $132.5 million in Big Hit Entertainment.

As of 2022, BTS has released several films. Back in the year 2018, they released an eight-episode documentary on Youtube Premium about the behind-the-scenes of their Wings Tour. They even have a movie version titled “Burn the Stage,” which gained about $14 million in ticket sales for the first week of opening in theatres. This documentary film enabled every ARMY to feel connected and better understand their idols, highlighting that each member has a unique personality and character to play.

BTS performed a documentary/musical film in the year 2019, “Love Yourself in Seoul,” a concert film showcasing their Love Yourself Tour at Seoul Olympics Stadium. They continued what they started. During the same year, they have back-to-back appearances on the big screen. They also have a documentary film, “Bring the Soul: The Movie,” where they tell their own stories from experiencing moving from city to city performing in front of thousands of ARMY across the globe. A year has passed again, and they made film history for the third time. They launched Break the Silence: Persona in 2020. This movie features their 2019 Love Yourself, Speak for Yourself Tour.

Let us also add Bon Voyage to the list, a reality TV Show run by BTS presenting their travel diaries. A day-to-day traveller’s update on the encounters and issues met during a trip and what were the members’ insights when it comes to these.

On top of this, the net worth of BTS has a lot of zeros besides the number 1. It is incredible and mouth gapping $100,000,000. As what others describe, they are swimming or even digging in cash. But these boys also know the idea of “returning the favor.” They never forget their fans, the primary reason for their popularity and success. They always look back to the people who have helped them reach their peak and stay at the top. The boys have struggled real from the bottom and experienced financial difficulties. They know that money does not grow in trees, and it is something to treasure. But above all, they know that money is nothing without their ARMY, whom they always thank whenever they have a chance.

More BTS: 15 Things You Did Not Know About the BTS