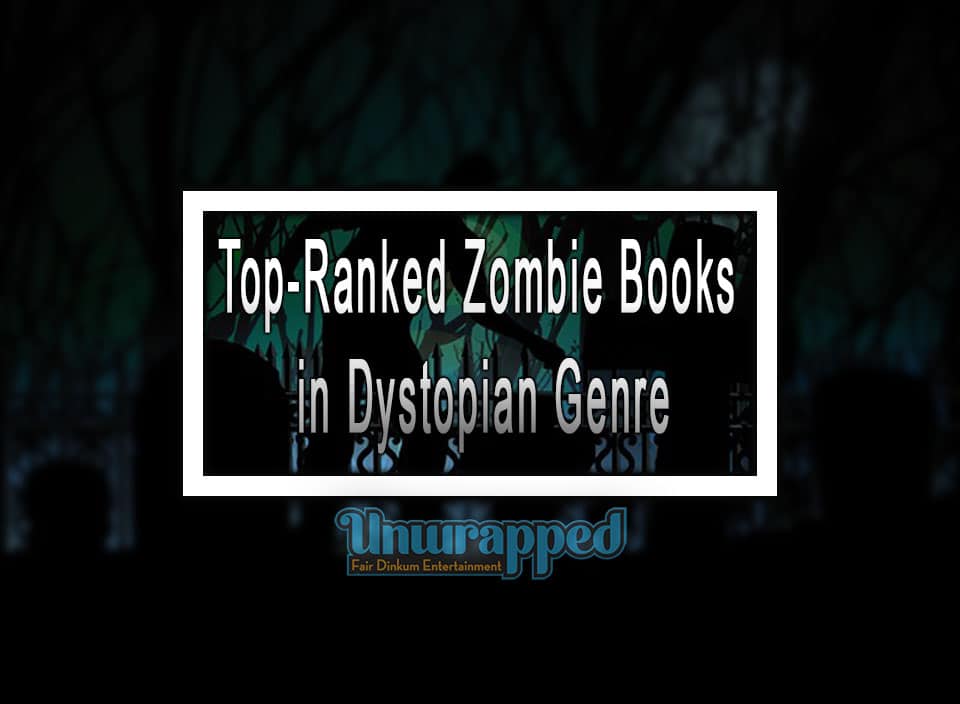 Vampire-themed dystopian books can often get mistaken with zombie-inspired novels due to the similarities of the traits of both characters, which comes alike in Richard Matheson’s “I Am Legend.”

One distinct difference between a zombie and a vampire is the fang. While vampires are blood-sucking creatures, zombies are more like mindless, cannibalistic savages. Vampires infect human beings, and zombies most often get infected due to a plague or contagious virus.

Vampires can look beautiful and handsome. Zombies, on the other hand, are like corpses walking around, looking for their prey. With that, here are a few of the zombie dystopian books that I love.

For me, “World War Z: An Oral History of the Zombie War” by Max Brooks is one of the nerve-wracking vampire dystopian books ever written.

Before Brad Pitt made it more than half a billion-dollar movie in the box office in 2013, Brooks made rounds in the literary world with this book. Moreover, the novel also received several adaptations, including an audiobook and the blockbuster film starred by the A-list Hollywood actor.

Brooks’ masterpiece revolves around a world infected by a deadly virus or zombie plague, making almost everyone like vampires, sucking everyone out until they’re dead and turn into horrifying monsters.

Chronicled by the UN’s Postwar Commission agent, played by Pitt in the movie, he collectively shares every journey he has to go through to find the root cause and the antidote to fight against the flock and survive.

The story covers an extensive and intensive coverage on economic, environmental changes, politics, religious, and social differences of each nation across the globe.

Debuted at number three (3) on “New York Times,” Justin Cronin’s first book of his completed trilogy with the same namesake is among the highly favoured good reads by almost all passionate vampire dystopian books’ readers.

Cronin tells a spine-chilling story of the post-apocalyptic world of dystopia where people get infected with a highly contagious virus, making them zombies ravaging the entire city.

The second book of the trilogy came out in 2012, and Cronin entitled it as “The Twelve,” and the third one, “The City of Mirrors,” published in 2016. Both of the books also received a good reception from the readers.

The City of Mirrors

The Forest of Hands and Teeth

In addition to vampire-themed dystopian novels is “The Forest of Hands and Teeth” by Carrie Ryan, published in 2009.

As the story title depicts, the entire setting of the plot is happening within the forest as survivors barricaded a walled village, which is also under a devastating dystopian ruling, to protect themselves from the zombie-like creatures that resulted from an unexplained catastrophe.

Ryan created a book series with this namesake being “The Forest of Hands and Teeth” as the first one. Next is “The Dead-Tossed Waves,” and the third novel is “The Dark and Hollow Places.”

Each of the books narrates the story of a new girl character involved in the zombie-filled dystopian community.

The Forest of Hands and Teeth

The Dark and Hollow Places

“Rot & Ruin” is a series and a good example of what a post-zombie apocalypse world is all about. It details a post-apocalyptic dystopia America where zombies infest the society.

Maberry’s focuses his story on a boy who just turns fifteen years old and has to find a job, or he will get his ration in half. He has to work as a zombie hunter apprentice with his older brother.

Along with his quest, he will learn a valuable lesson about being human.

This 2009 zombie dystopian book by Jonathan Maberry is another good read. It is the first of his many editions of his “Joe Ledger Series.”

The story centres the story on a detective who is out to prevent the world from getting terrorised by biological warfare or bioweapon, which turns people into horrifying zombies.

From the title’s namesake, the story begins with people turning into mindless savages upon listening or getting in contact with a cell broadcast, and one of the main characters seeing everything unfolds while he’s on his way to reunite with his son, ending himself fighting out to survive.

“World War Z,” “The Passage,” “Patient Zero,” and “Cell” all come together with human heroes. They also show us what the world will become when it has been infested by zombies and how the remaining uninfected humans survive from the infestations.

“The Forest of Hands and Teeth” and “Rot & Ruin” circle around a zombie-filled society and the devastating rules that govern their lands is comparably the same as they fight the zombies swarming and hoarding outside their protected walls.

As each story unravels to us a tragic truth about how humanity can turn awry in desperate situations, especially when plague or contagious virus gets spread out and turn people, who once we knew, into mindless, cannibalistic savages, wanting to feed on you, it opens a door of realizations for us. Behind every struggle and survival comes a test of human kindness and love. Otherwise, people turn into heartless beings fighting for their lives, turning everyone into ruthless zombie killers, regardless if it’s their loved ones or friends.

Must-Read Novels Based on Feminism in Dystopian Genre