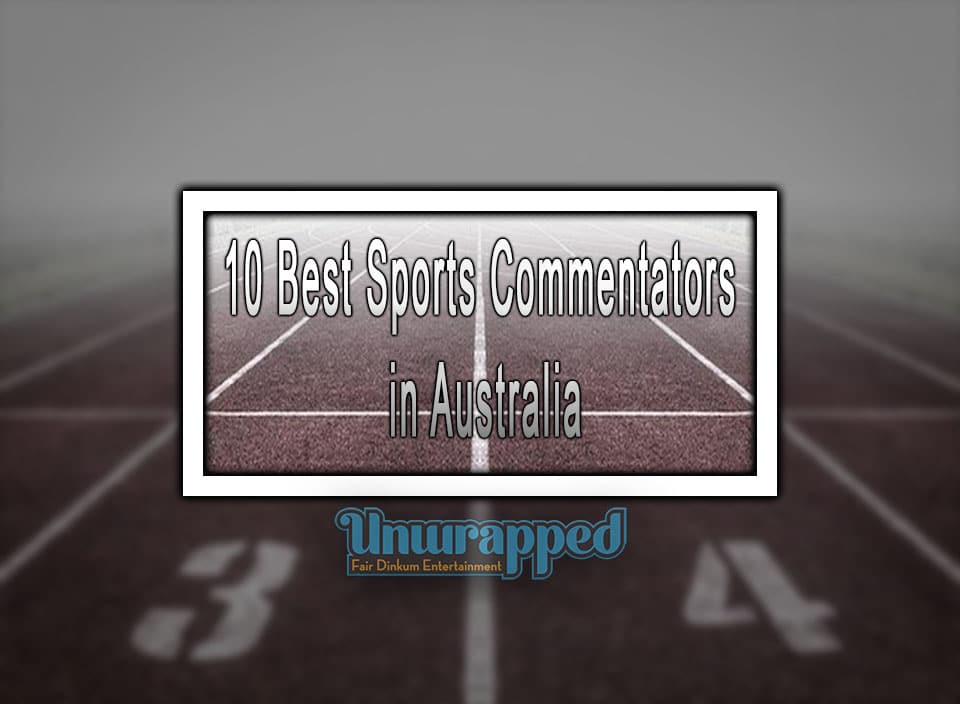 Richie Benaud was not only a former Australian cricket captain; he was cricket in Australia. For over thirty years he did the cricket coverage on Channel 9 as well as numerous international commentary.

Read More: Top 10 Tennis Players to Watch in the Australian Open In 2020

Bruce McAvaney called the Melbourne Cup for Channel 10 over weekends when he first started commentary. At the time he still worked during the week as a public servant but before long he became the voice of the Olympics too. There is no other commentator that knew everything as he did. He covered everything from soccer to Rugby World Cup, Bathurst 1000, Golf, Melbourne Cups, Australian Open tennis to AFL Grand Finals.

Andrew Voss is a well-known commentator and certainly one of Australia’s best and most loved. He has been a rugby league commentator for 28 years but also covered World Cups, golf events, major tennis, Commonwealth Games, Winter and Summer Olympic Games as well as NRL.

Gerard Whateley is a busy man with little time to waste. After years of broadcasting for ABC, he changed to SEN 1116 where he works from Monday to Thursdays and over weekends does the AFL football commentary. In addition, he also co-hosts Cricket 360 on Fox as well as AFL 360. His contract also gives him the opportunity to broadcast Super Bowl from USA and cricket from South Africa.

Dennis Cometti was the youngest ever commentator in ABC history when they signed him at age 23 to call Test cricket. This young star ensured with his brilliant commentary that he also became part of other broadcasting to cover VFL/AFL with Channel Seven. He also started with swimming at various Olympics including 1992, 1996 and 2000. In 2002 he joined Channel 9 for Friday Night Football and after that, AFL Grand Final, Triple M Footy and still continues on Channel 7.

Tim Lane has more than forty years behind him across all sports genres. This includes the Olympic Games, AFL Football and Cricket.

Anyone that has listened to ABC Radio Cricket will recognize the voice of Jim Maxwell. He started with ABC in 1973 until 2016 when he suffered a stroke but has since returned to cricket commentary.

Lou Richards was one of the most iconic and much-loved commentators in Australian history. He co-hosted the Wide World of Sports as well as the Sunday Footy Show.

Sandy Roberts enjoyed 46 years of broadcasting and the rest of Australia couldn’t wait to listen to his knowledgeable commentary. He called more than 1000 AFL/VFL Games, eleven Summer/Winter Olympics, 19 Grand Finals and more than 25-years of major Golf Tournaments, Australian Open Tennis and everything else in-between.

Norman May was the main man for the Olympics for many years. He did the commentary for eleven Olympic Games, Rugby, Cricket, Surfing, Harness Racing as well as eleven Commonwealth Games.

Some of the top 10 best sports commentators in Australia that we listed here are no longer with us, but we proudly remember them and honour them for the immense contribution to making our sporting moments and experiences magical.