Skip to content
You are here:Home / Top 10 Greatest Sporting Moments Australia Is Famous For

One of Australia’s most popular activities is sport and we have a massive library of sporting legends. Many Aussies would tell you that even though the prime minister might be powerful, the Australian cricket captain might very well be the most powerful person in Australia.
Sporting legends in Australia include Steven Bradbury, John Eales, Ian Thorpe, Cathy Freeman, Greg Norman, Shane Warne, Rod Laver and Sir Donald Bradman. All of these and hundreds more shaped sport and had a major contribution to sport in our country.
Today we look at some great sporting moments and since they are all equally impressive, for now, in no particular order, as each one of these deserves a number one spot.

Can you ever forget the moment when the first-ever Australian won the US Masters? What a proud moment that remains with Aussies when Adam Scott defeated Angel Cabrera of Argentina in the sudden death play-off. When the Argentine’s putt stopped millimetres from the hole everybody watched with bated breath how our master Adam Scott which was four metres out, sunk it.

This event even made the Australian Sport Hall of Fame. It was the moment when Cadel Evans won the 2011 Tour de France when chasing the leader down the four-minute break and in the final stages 57 seconds behind Andy Schleck. He not only won the race in those crucial final seconds but also had a 1 minute 34 seconds advantage. He became the first Aussie to win the Tour de France.

Read More: How To Eat Your Way To Healthy

Australia won its first-ever Winter Gold Olympics medal during the 2002 Salt Lake City Games. It was won by Steven Bradbury for the 1000 metres speed skating final.

Read More: History of Australia vs England in Sport

Everybody thought that the US was the top nation in the 4 x 100 freestyle relay which they won consecutively since 1964. This changed during the 2004  Athens Olympics. Klim swam first, followed by Fydler, then Kallus and Ian Thorpe ended the win with half a body length to take the gold for Australia.

Australia was behind the magnificent Cathy Freeman after lighting the ceremony flame of the Sydney 2000 Olympic Games, but little did they realize that she would also carry the Australian and Aboriginal flags high after her great won of the 400 metres.

For the first time since 1974, Australia qualified for the World Cup game in 2005. It wasin the match against Uruguay. This football goal reignited the Aussies’ passion for football and was voted as the ANZ Stadium’s most memorable moment.

Read More: Hands Down the Best Meat Pies in Australia

Pat Cash was down two sets to love when he stormed on to win the 1986 Davis Cup by beating Mikael Pernfors.

The 1989 500cc motorcycle Grand Prix winner Wayne Garner that edged out the favourite Wayne Raney to win the championship.

We could go on forever about Aussie cricket but who can forget the first time in 22 years, when Australia won the West Indies in 1995. This win was courtesy of Steve Waugh with his double century during the Kingston Jamaica match. Neither is it possible to forget his century in 2003 against England when he scored his century off the last ball of the day.

The subject of sporting legends and great Australian sporting moments are something we could carry on for an impossible period and length. We certainly missed out on hundreds of your personal and national favourites, but you are welcome to leave some in our comments.

Read More: Top 10 Pubs to Visit in Australia Before You Die 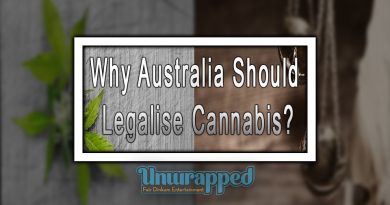 Why Australia Should Legalise Cannabis? 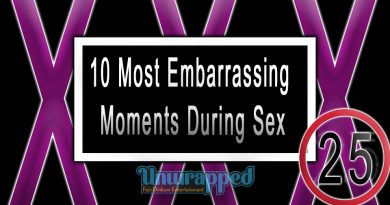 10 Most Embarrassing Moments During Sex