What Is Wokeism and Cancel Culture? 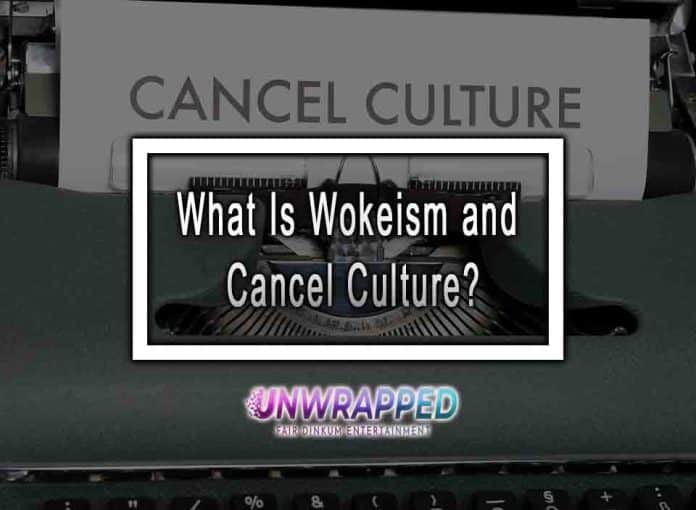 Wokeism and Cancel Culture Is Same?

The term “wokeism” is used to describe a political ideology that emphasizes social justice and racial equality. The term is often used in a negative way to describe people or ideas that are considered to be excessively “woke.”

Cancel culture refers to the practice of boycotting or shaming people who have made offensive or controversial statements. It can also refer to the act of withdrawing support for someone or something because they are perceived to be problematic. Wokeism and cancel culture are two terms that have been used by the media, academia and popular culture to describe a movement of people who are committed to social justice and equality.

Wokeism is the practice of being aware of and responding to social justice issues. Its adherents, ‘woke people,’ use their power and privilege to help those who are oppressed, marginalized, or voiceless. Wokeism is a form of activism that seeks to create real change by addressing important issues such as racism, sexism, homophobia   you name it. Wokeism is not just about speaking out; it’s also about listening and understanding others’ points of view.

Wokeism is more than just an idea; it’s a way of life: Wokeness helps us become better people by challenging us to be more considerate towards others.

What Is Cancel Culture?

Cancel culture is the practice of calling out online behaviour that is deemed problematic or offensive. One example is when a person chooses to cancel an upcoming ticketed event after learning more about the speaker’s past comments, as occurred in the case of comedian Norm Macdonald’s invitation to appear at a benefit for a veterans charity in January 2019. Cancel culture differs from other forms of online activism because it emphasizes less on direct action and more on criticizing or shaming problematic behaviour by public figures. It also provides an alternative pathway toward social change without resorting to violence like boycotts do.

Wokeism and Cancel Culture; Are they the Same Thing?

Wokeism is a term used to describe the current state of activism, which can be characterized by an emphasis on critical thinking and rationality. It is also a form of political correctness that has been criticized for being too sensitive and lacking nuance.

Why Did Wokeism and Cancel Culture Get Started?

There is no one answer to this question as there are a variety of factors that can contribute to the rise of wokeism and cancel culture. Some possible reasons include the increasing political polarization in the United States, the rise of social media, and the increasing visibility of marginalized groups. Additionally, some scholars have argued that cancel culture is a form of moral panic that is fueled by anxiety about social change.

Wokeism and Cancel Culture are both responses to perceived instances of discrimination or unfairness. The fundamental goal of both is to challenge the status quo, which can include challenging social norms, power structures, and traditional ways of thinking. In this sense, Wokeism and Cancel Culture can be seen as extensions of activism movements such as Black Lives Matter. The following are some specific examples of how these factors may have contributed to the rise of wokeism and cancel culture:

Wokeism is a way to challenge social norms and power structures. The term woke has been used to describe those who are aware of the ways in which society is unjust, and those who act accordingly. The concept of being “woke” often evokes feelings of anger at the existing state of things, as well as an urge to change it. Many woke people believe that they should not be complacent or passive; rather, they should actively fight against oppression and injustice wherever they see it.

Reaction To Real or Perceived Instances of Discrimination or Unfairness

In recent years, there have been a number of high-profile incidents in which people have been fired, harassed, or otherwise punished for their words or actions. These incidents have often been seen as examples of discrimination or unfairness, and they may have contributed to the rise of wokeism and cancel culture.

The problem with Wokeism is that it can be used to attack people who disagree with you. As a result, the term has taken on a negative connotation. Woke culture’s focus on social justice issues can turn into “us versus them” thinking, and promote exclusionary behavior among woke individuals.

It’s important to remember that while being aware of social injustices is necessary for positive change, being “woke” isn’t going to solve everything overnight. In fact, it could distract us from working on concrete solutions or even make things worse by making it harder for people who are actually doing something about injustice instead of just tweeting about it.

Feeling That Existing Channels for Addressing Grievances Are Ineffective or Insufficient

Wokeism and cancel culture are often criticized for being ineffective or insufficient channels for addressing grievances. Some argue that they are not effective because they do not address the underlying issues that lead to grievances in the first place. Others argue that they are insufficient because they only target individual instances of discrimination or bigotry, rather than the systemic problems that perpetuate these issues.

Sense That Speaking Out Is Necessary to Effect Change

In order to effect change, it’s important to speak up. As we’ve seen in our own lifetimes, there are many examples of people who have used their voices to bring attention to issues and make a difference in the world. This is what Wokeism is about: using your voice as an instrument for change.

When you think about it, speaking up could be one of the most powerful things you can do in your life it’s certainly one way that people can use their personal power for good. It has been said that “the pen is mightier than the sword,” because words have power and can affect change even more than physical action sometimes does.

In fact, if you’re reading this right now then by definition, you’re already partaking in this kind of activism through reading content like ours which attempts to spread awareness on important topics such as these ones and maybe even get some laughs while doing so.

Why Is Wokeism a Problem?

Wokeism is a problem because it is a form of social and political correctness that is often used to silence people or shut down conversation. It can be used to bully people into agreeing with a certain point of view, and it can make people feel like they have to conform to a certain way of thinking in order to be accepted.

Cancel culture is a problem because it is a way of ostracizing and shaming people for their views or actions. It can be used to destroy someone’s reputation or career, and it can make people afraid to speak their mind or express their opinions.

In addition to being overly sensitive, some people who subscribe to Wokeism believe that actions such as saying something inappropriate or wearing an offensive article of clothing can result in losing your job or your friends. This leads people who follow these practices as a way of life to refuse interaction with anyone whom they feel might disagree with them on any issue.

How Can You Avoid Using Terms That Are Politically Correct?

You can avoid using any of the words we’ve mentioned. You might think it’s okay to use a term if you’re quoting someone or simply explaining what it means, but that’s not how these things work. If you’re talking about wokeism and cancel culture, then every time you use either of those two terms, someone on Twitter will tell you how wrong and wokeist and cancelist your article is, even if they agree with what you’re saying otherwise.

To avoid this kind of blowback, try avoiding all mentions of political correctness altogether it’s easier than ever now thanks to technology.

The best way to avoid using politically correct terms is to be aware of what they mean. You can use a tool like the one we created above or ask someone who knows about these things. You should also try not to use the words blindly without understanding their meaning, because it’s easy for people who aren’t aware of what they stand for could accidentally offend someone by accident. If you do make a mistake with one of these words then apologize immediately so that it doesn’t happen again in future