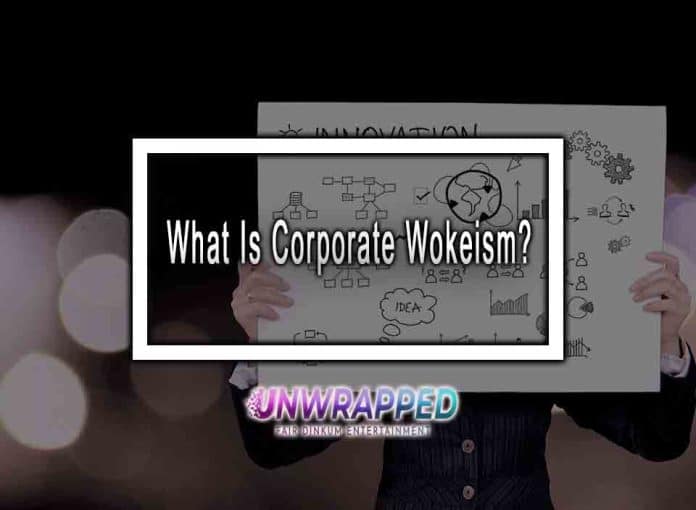 Who are The Woke Corporations

Corporate wokeism is a controversial marketing tool that aims to tap into the zeitgeist of our woke moment. It’s an extension of corporate social responsibility and a way for companies to signal virtue. It has been criticized for being both overly cynical and disingenuous, but also applauded for forcing brands to be more intentional about their stances on social issues and their environmental impact. What does it mean? Let’s take a look at this trending topic.

Corporate wokeism is a new form of corporate social responsibility that is about more than just philanthropy. Corporate wokeism uses the power of business to create positive change in society, regardless of whether or not that change aligns with the company’s bottom line. The following are some points to describe corporate wokeism.

Corporate Wokeism is a controversial marketing tool that can be used to target the woke consumer. It’s an extension of corporate social responsibility and a way to signal virtue and tap into zeitgeist. In addition, it may also be a form of greenwashing, which is the practice of making environmentally friendly claims while engaging in environmentally unfriendly behaviour.

It targets those who are interested in social and political issues – corporate wokeism is a marketing strategy employed by businesses in order to appeal to this target market. This can manifest in a number of ways, such as a company publicly taking a stance on a social or political issue, or producing products or services that are marketed as being ethically or environmentally conscious.

An Extension of Corporate Social Responsibility

Corporate social responsibility (CSR) is a good thing. It’s a way for companies to signal virtue, tap into the zeitgeist, and make some money doing good in the world. But CSR can also be used as a form of greenwashing: companies can appear socially conscious while actually engaging in harmful practices.

Corporate Wokeism takes this further by using CSR as a means of signaling virtue without actually addressing any real issues at all. Instead of investing in social problems like racial inequality or environmental degradation, Corporate Wokeism co-opts causes that are currently popular with millennials such as gender equality, LGBTQ rights and animal welfare and then uses them to sell products to consumers who want their money to go toward something other than oil pipelines or factory farms.

A Way to Signal Virtue and Tap into Zeitgeist

Wokeism is a way to signal virtue. It’s an effective way to tap into zeitgeist, the prevailing mood or spirit of the times. But what is social responsibility? What makes it different from wokeism? To answer these questions, we need to consider why companies would want to be socially responsible in the first place. If a company wants to make money and sell products that people want, then it’s natural for them not only to want customers but also employees and shareholders who are happy with their product and this may lead them down paths that lead away from corporate wokeism.

A Way to Exploit Social Issues for Profit

In the past, companies have been called out for greenwashing, which is when a company touts its environmental practices in an attempt to appear more responsible. But today, that’s not enough companies need to be socially conscious as well. In fact, it’s becoming almost mandatory for companies to participate in corporate wokeism a form of greenwashing that focuses on social issues rather than just how much pollution your company has reduced over time.

A Form of Greenwashing

Corporate Wokeism is similar to greenwashing in that it’s focused on making sure you look good rather than doing well for yourself and your community. But unlike greenwashing, Corporate Wokeism can be used by anyone who wants to seem like they care about social justice without actually doing anything about.

Is Corporate Wokeism a Problem & How to Deal with It?

Corporate wokeism is not a problem by itself. But it can be a problem when companies use it as a way to exploit social issues for profit, or as an easy way to signal virtue and tap into zeitgeist. There’s also the controversial marketing tool aspect, where companies target woke consumers by advertising their “woke” credentials.

If you’re a company, how do you know whether or not your wokeism is too much? It’s all about paying attention to the difference between being woke and being wokeism. If you are aware of this difference, then you will be able to tell if your corporate wokeness has gotten out of hand.

While there’s no doubt that corporate wokeism is a useful marketing tool, it can also be harmful when companies use it to exploit social issues for profit. It may seem like a harmless way to tap into zeitgeist and signal virtue, but at its core this is just another form of greenwashing and there are plenty of people who are willing to call out the offenders. So how do we deal with this controversial trend? Well, if you want to avoid being called out yourself then maybe just don’t engage in such an overtly cynical practice in the first place.