Tyson Fury Top 10 Knockouts and Victories – Is Dylan White the Next Victim? 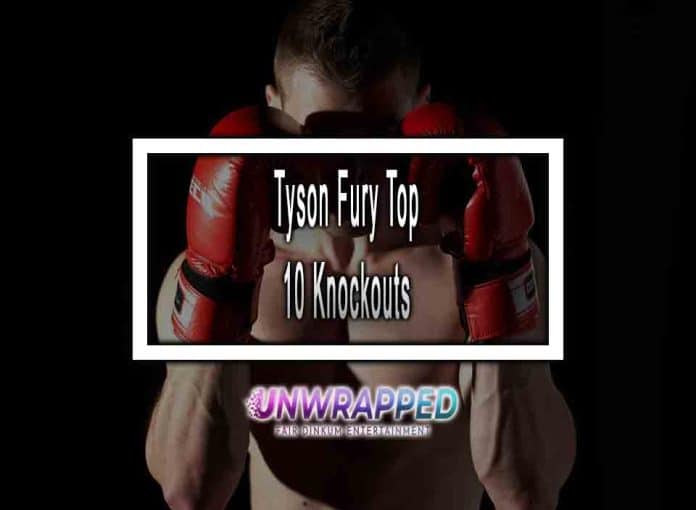 When Dillian Whyte takes on Tyson Fury at Wembley Stadium on Saturday night, he will aim to hand him his first professional defeat. However, as of now, the British Boxing Legend Tyson Fury remains undefeated. Here are ten of his best knockouts of his professional career.

Wilder is defeated by Fury. In a highly-anticipated trilogy against former heavyweight champion Deontay “The Bronze Bomber” Wilder in Las Vegas, WBC & Lineal Heavyweight World Champion Tyson “The Gypsy King” Fury defeats the former champion with a KO in the 11th round.

Steve Cunningham was troubled by Tyson Fury once he became the aggressor. With a stunning knockout in the seventh round, the English boxer Fury ultimately won the match.

The Gypsy King pleaded with the referee to stop his fight against Derek Chisora in 2014. To spare Derek Chisora from a severe beating, Tyson Fury pleaded and the corner eventually threw in the towel.

In round six, Wilder appeared done. There was no stamina in his legs, and he barely moved around the ring. Keeping his hands up to avoid Fury’s punches must have taken an incredible amount of effort. Despite the points deduction, Fury led 59-52 on two scorecards and 58-53 on the third when the fight was stopped. According to ESPN, Fury was also leading 59-52 at the time.

Defeating Christian Hammer pretty handily, Tyson Fury remained undefeated on that day in what was a stay-busy fight for the British superstar. The fight was stopped by Hammer’s corner when Fury won the eighth round. The big Ukrainian shortly after this answered Fury’s call.

Dillian Whyte hopes to end the unbeaten streak of Tyson Fury, who nearly lost his record when he was 21 after a controversial referee decision saved him in John McDermott’s fight.

After a long absence from the ring, Tyson Fury made his comeback after a long absence look easy with this fight, which was intended as a warm-up fight for his fight with WBC heavyweight champion Deontay Wilder. Winning a unanimous decision over Francesco Pianeta in Belfast, Northern Ireland, in a heavyweight bout that lasted 10 rounds.

Now let’s see if he can take on Dillian Whyte.

What time is the Fury fight?

On Saturday, April 23, Tyson Fury will fight Dillian Whyte. After the undercard action begins, the main event will begin at 3 am AEST Sunday. Fury and Whyte are expected to enter the ring around 6 a.m. AEST, depending on how long the undercard fights last.

The main event is likely to take place sometime after 7am AEST.