Top Five of the Deadliest Birds in Australia 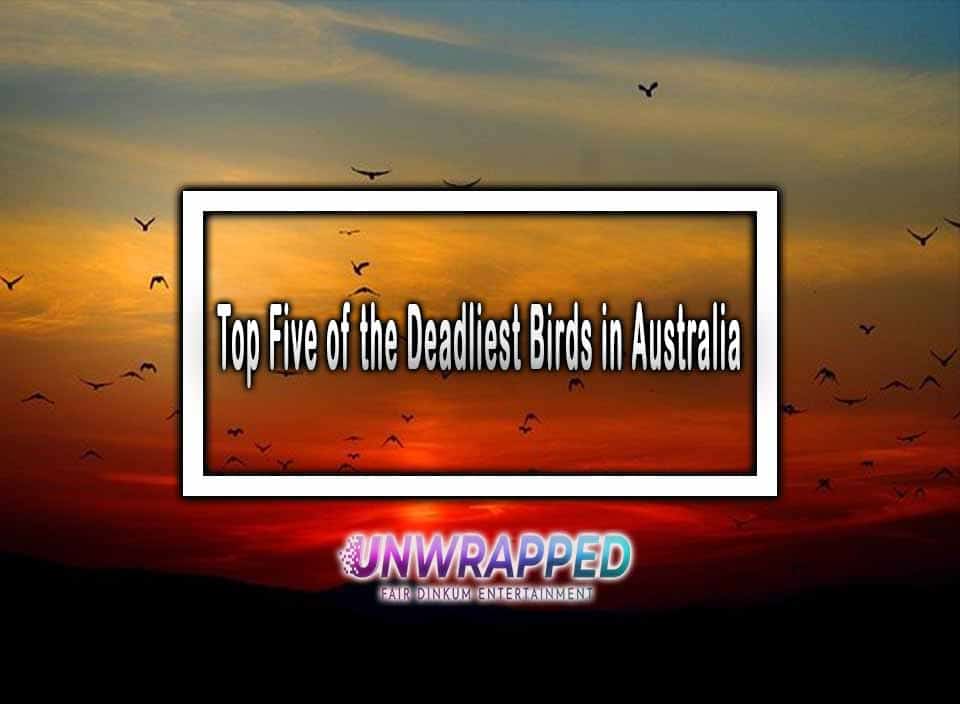 Australia is home to different types of birds classified into at least 900 species. Over 45% of these species get classified as Australian endemics, birds found nowhere else in the world. Australia has several unique birds, from the minuscule weebill to the massive, flightless emu. Many Australian bird species will appear recognizable to travelers from the Northern Hemisphere: Australian wrens resemble northern wrens in appearance and behavior. Meanwhile, Australian robins appear to be near relatives of northern robins. The bulk of Australian passerines, on the other hand, are descended from crow ancestors, and the strong likeness is misleading: the cause is convergent evolution, not genetic relatedness.

Although most people find birds cute, all 900 species of Australian birds cannot get described with only the word “adorable.” Many of these birds are dangerous to human interactions and can cause fatal injuries and consequences when attacked.

You will find out the top five deadliest birds in Australia. 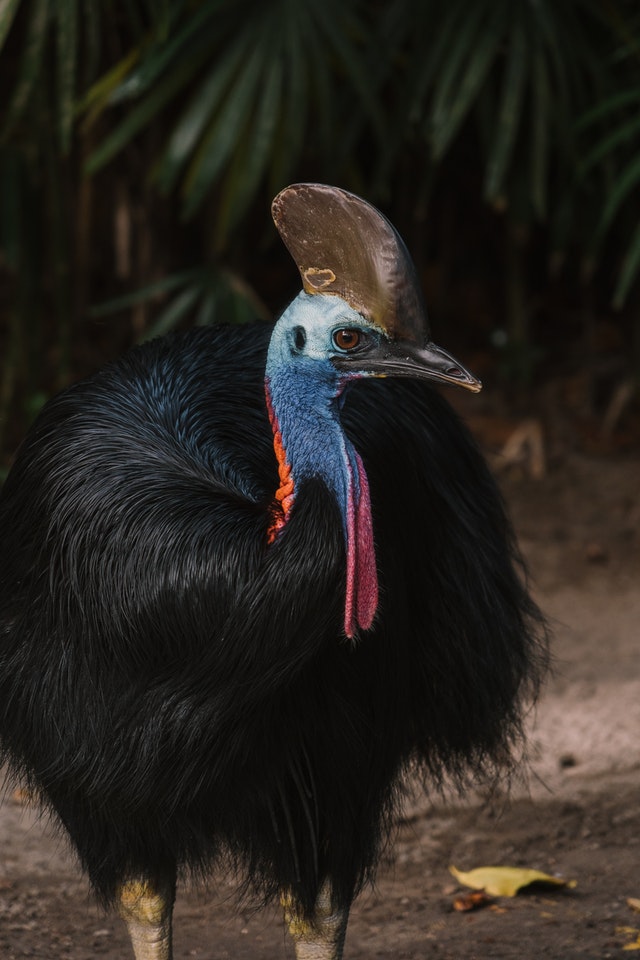 Cassowaries get regarded as the most hazardous bird in Australia and the world. Experts believe that humans raised this bird 18,000 years ago. According to some researchers, there are three species (six according to some researchers), each with multiple races. The cassowary stands about 1.5 meters tall and weighs up to 160 pounds. Cassowaries have black bodies as adults, whereas immature or young ones have brownish bodies. It has a blue head with a casque on top for protection. This species’ females lay three to six eggs, which usually weigh 650 grams and are about 13 cm long each. In a leafy nest on the ground, the male incubates these eggs for about 50 days. Male cassowaries may also provide most of the early care of their offspring.

Cassowaries look for fruits and small animals to eat. They get recognized for having strong legs that help them run and swim quickly. These birds can sprint as fast as 50 kilometers per hour along tiny paths in the jungle. They are also infamous for killing people with slicing blows from their feet, which have four-inch long dagger-like claws on the innermost of their three toes. As previously noted, the cassowary gets regarded as the world’s most hazardous bird. Despite this, these birds were reared by humans thousands of years ago, long before hens were domesticated, making them the earliest known example of humans breeding birds.

You May Like: Top Five Reasons You Wouldn’t Survive The Trip On The First Fleet 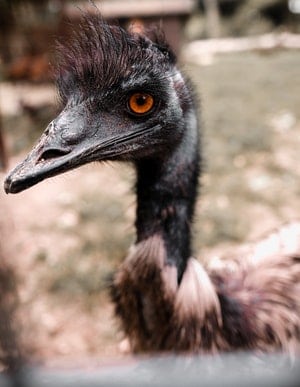 When ranked, emus are said to be the second-largest birds worldwide. They can stand up at 1.9 meters like ostriches. It is also considered Australia’s tallest native bird. Adult emus’ skin color is a prominent blue-black with gray-brown feathers, while the young ones are gray with black or brown stripes. It helps them hide from predators, using it as camouflage. Their feathers are black. Female emus lay five to fifteen eggs and then leave to breed again. Because of this, male emus then incubate the eggs for about 55 days and then stay with the chicks for two years.

Emus’ powerful kicks, in addition to their sharp claws, may be dangerous to humans. They attack humans when they protect their young or feel threatened and provoked. Fortunately, few people get killed by emus since emus are docile birds when they are left alone and are unbothered. 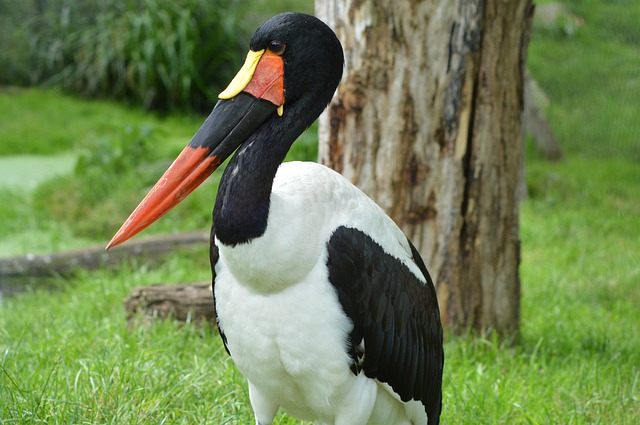 The only stork present in Australia is the black-necked stork known as jabiru. The black-necked storks typically belong in marshes and wetlands. It can reach up to 1.5 meters in height, with a wide wingspan of 2.3 meters. This bird has a powerful and massive beak used to hunt. The jabiru’s neck is more purple and green when seen closely (unlike the meaning of its name). They have long red legs, and female Jabirus can get distinguished by their yellow eyes. The black-necked storks do mate for life and, in pairs, will be aggressive when protecting their nests. Most of the time, these birds do not interact with other animals, but they are not hesitant to fight when necessary. 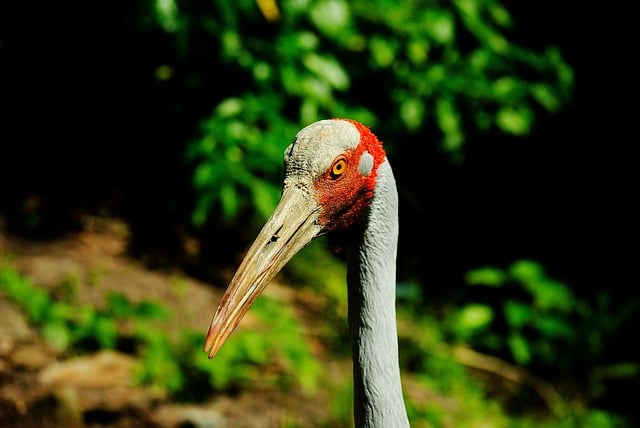 Brolgas are one of the biggest flying birds in Australia. They have a wingspan of 2.4 meters as gray cranes that love mudflats and wetlands. These birds are best known for their courtship dance or mating ritual, which influenced some Aboriginal legends and dances.

Brolgas are known to mate for life. During their breeding season, Brolga adults will make a nest in the middle of a wetland. Both adults take care of incubating eggs. Once these eggs hatch, the offspring can almost immediately feed themselves. Brolgas are aggressive in fighting. They use their bills to stab their victims or rake them with sharp claws. The male Brolgas weigh up to 15 pounds, while the female birds weigh 12.5 pounds. Their large size and weight allow them to put much power into attacks. 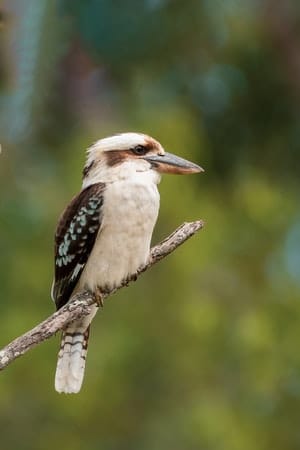 The laughing kookaburra takes its title from the “bushman’s clock”, the territorial cry it makes to warn other birds. The kingfisher brood’s heaviest member is this bird. It has dark brown feathers and a white head. Although the hook diminishes when the bird leaves the nest, they have a hooked black upper beak. Laughing kookaburras are competitive and dangerous birds. They are brave enough to fight to defend their territories, even if it means fighting each other. Male kookaburras are much more apt to attack each other during the breeding season. Because of their ferocity, they attack even their images in mirrors if they believe another bird has taken over their nest or territory.

Laughing kookaburras can weigh up to about one pound, and their beaks can reach four inches long. In addition to insects, worms, and crustaceans, Laughing Kookaburras sometimes eat small snakes, mammals, frogs, and other birds. From a suitable perch, the predator pounces on prey. Small prey can get hunted whole, but large animals get killed by hitting the ground or branches. Laughing kookaburras live in tree holes and nest there. The females lay up to five eggs which the parents and elder siblings help tend.