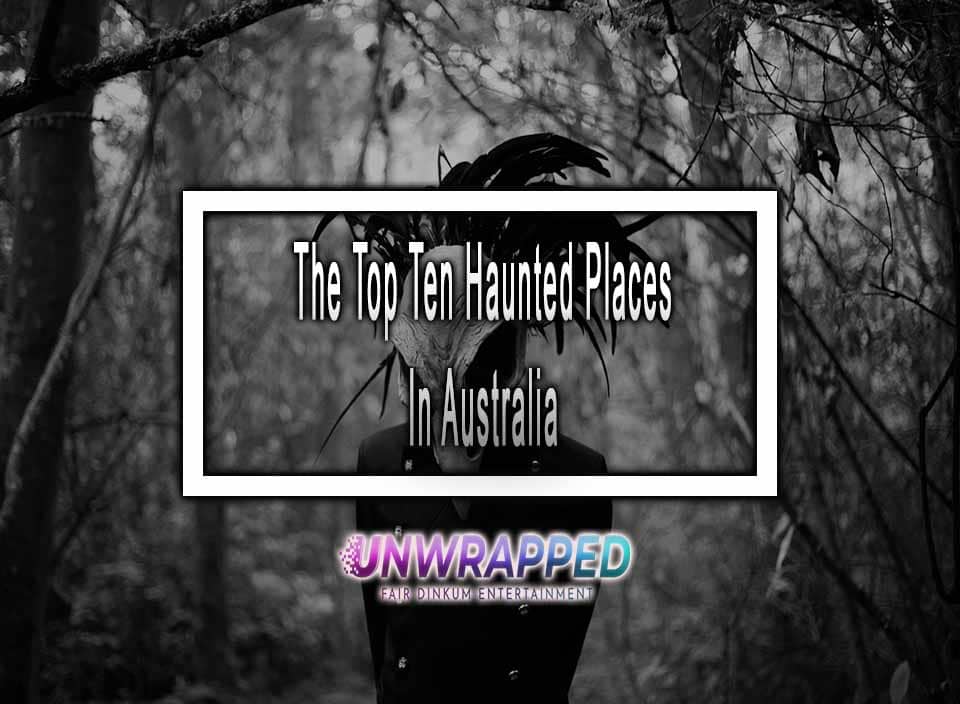 Have you seen those enormous spiders in the bathroom? Ever encountered a snake slithering out of the toilette? Massive crocodiles and other creepy crawlies? Those are just the tip of the iceberg when it comes to the spine-tingling stuff that you’ll encounter when you’re in Australia.

The country is infamous for its terrifying bugs and beasts, but they also have horrifying and spooky areas. Here’s the list of the top ten haunted places that you can find in Australia.

A farmer named Christopher William Crawley built this two-tiered château in Junee, New South Wales, in 1885. But this manor would become one of the most haunted places in Australia. The Victorian homestead housed the farmer’s family, but it is also that this became a home of spirits of those who died on the property. Disturbing stories make this place spookier. Examples include an infant getting tossed down a flight of stairs, a stable boy burned to his death, and a pregnant housemaid thrust from the balcony still lingers in the history of the said mansion as time passed.

Driving for two hours on the west of Melbourne, the ruins of an old mental hospital constructed in the 1860s still stand in the city of Ararat. The Ararat Lunatic Asylum is a facility that became operational for 140 years. It is not only one of the earliest psychiatric institutions in the city. The Aradale Mental Hospital is also the site wherein more or less 13,000 people have lost their lives. With numerous lives taken away, the abandoned institution gets filled with countless ghost stories. But the Arandale Mental Hospital is open to the public for tours and visitation.

Damaged by fire and natural disasters dating way back from the late 19th century until the present, the remains of what is known and listed as a World Heritage, the Historic Site of Port Arthur in Tasmania, is still erect and preserved. The said port had kept juvenile convicts from the Victorian era.

In 1996, the historical site became a place of death for 35 visitors as a gunman named Martin Bryant mercilessly took their lives. Since then, people who went to Port Arthur encountered over 2,000 apparitions.

The Fremantle Gaol in Western Australia is the first jail to enter the World Heritage Site, claimed to be full of terrifying occurrences. Built by its prisoners, horrendous stories of torture and hanging resulting in the death of many have been circulating ever since it opened in 1855. Statistics confirm that several 44 people got killed on the prison grounds. Names like Martha Rendell and Jack the Library Ghost are the two infamous poltergeists who wander in the vicinity of the maximum-security prison.

After a vigorous hike through the north Queensland bush, this swimming hole in the town of Babinda may appear tranquil and appealing, but as the sign notes, “The water has claimed many lives.” Around 20 people have drowned and died in the hazardous waters of the Devil’s Pool from a span of 50 years, making it a dangerous location. It is prominent in Aboriginal folklore about a fugitive bride who perished while waiting for her lover. Swimming in the said creek is strictly forbidden.

Australia’s audiovisual archive may not sound particularly eerie, but the building it inhabits has a bloody past before the film reels and radio cassettes arrived 34 years ago. Before 1984, this Canberra landmark hosted the Australian Institute of Anatomy. This building gathered and kept thousands of body parts, including a stockpile of human skulls in a basement room that is now said to get haunted.

It used to house several creepy items and specimens. The collection includes the heart of a champion New Zealand Thoroughbred racehorse called Phar Lap, the skull of one of the famous bushrangers in Australia from the 19th century named Ned Kelly, and a mummy from Papua New Guinea.

From 1913, St. John’s Orphanage got operated by the Sisters of Mercy and the Catholic Church. During the Second World War, the haunted orphanage took in over 2,500 orphans, including homeless people. But history shows a grim picture of this orphanage. The boys and girls received brutal punishments at the hands of the nuns instead of tender care.

Being abandoned since it closed in 1978, the orphanage from Goulburn, New South Wales, was vandalized and heavily damaged.

The theme park employees claim that Jack Darke, a 19th-century gold expert brutally murdered around the area, appears as a ghost to them.

The property gets haunted by a little girl’s ghost also. She emerges at sunrise and sunset as observed and reported by the show personnel and cast members.

Dubbed as the home of some of the world’s most notorious killers for many years, the former maximum-security prison founded in the 1840s from New South Wales is now a premier heritage-listed site that attracts the interest and attention of various visitors around the globe.

One of the infamous killers who spent years in the said prison was the backpack killer named Ivan Milat, who murdered seven people in 1992 and 1993. Inmates have experienced brutal punishments such as floggings. Likewise, some prisoners got imprisoned between the grill and the cell door, having little room to breathe or move.

Sightings and occurrence of the perished prisoners were said to be wandering inside, following horrifying incidents in the prison facility’s cells and halls.

Opened its doors for the public in 1854, the legendary Princess Theatre in Melbourne, like other great performing places, has its resident ghost. On the first night of a performance of Faust production in 1888, actor Frederick Federici was performing. Federici had a heart attack as the performance ended and died as the curtain fell. Since the tragic incident, people in the theatre claim that the actor’s spirit is present. Numerous people who adored the theatre for so many years report his presence too.

Stay Connected
47,064FansLike
5,664FollowersFollow
840FollowersFollow
Previous articleEngagement Ring for Your Sweetheart. Because It Was Written in the Stars
Next articleTop 10 Countries And Territories With The Largest Surplus