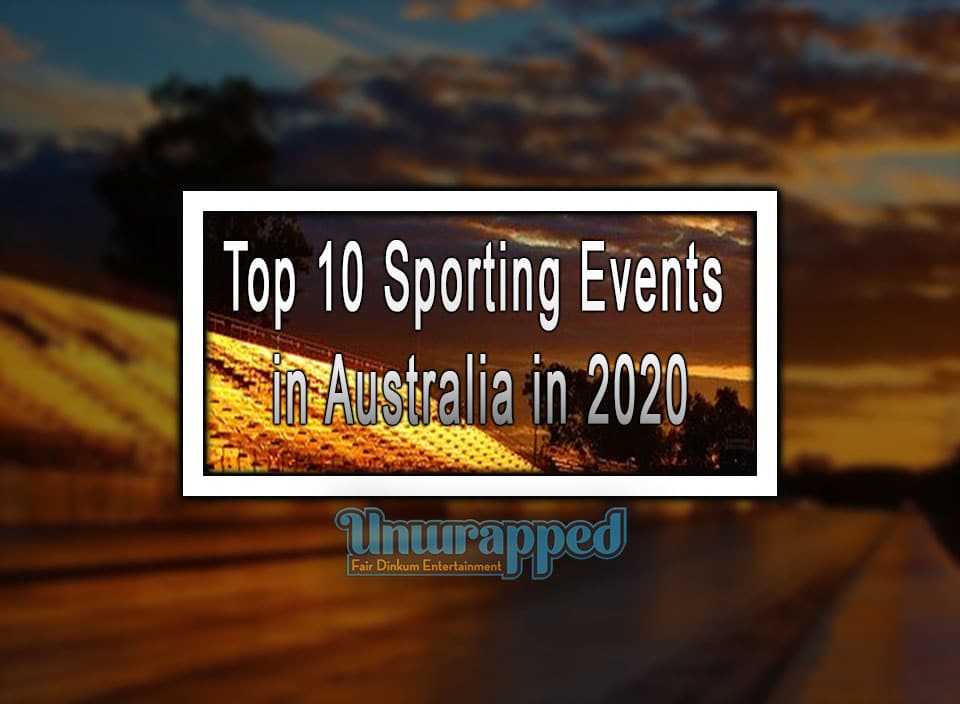 Sport is an important part of any country. Countries have various athletic teams that take part in various amazing sports events all over the world and fight to bring pride and glory to their nation. There are sports teams for various sports like tennis, badminton, cricket, football, basketball, chess, swimming and whatnot. Athletes train all year for various competitions that take place all over the world. Common Wealth Games, Olympic, International championships and many more big scale amazing sports events invite countries from all over the world, so that, they could compete.

Sports events are watched by a large population and that is why they are covered by the media on such a large scale. Many big sports personalities have gathered a huge fan base and have etched their names forever in history by their marvellous performances in their preferred field of sports. More and more youngsters these days want to make a name for themselves by joining their choice of a sports team.

Sports are a huge part of a country’s very soul. Not only do they attract spectators and visitors from all over the world, but they also uphold the reputation of a country. When a big sports event is held in a country, not only does it bring that nation into the limelight but also it is a matter of great pride and importance. Many amazing sports events have been held in Australia over the years and as time will move on, many more will be held on this island continent. With its dazzling landscapes, amazing weather and warm people, sports events in Australia are held and managed in such a way that everyone, from the players to the visitors feel welcomed in this country. Here are the top ten sports events in Australia in 2020 that you should be on the lookout for.

To all the cricket fans out there, the T20 women’s world cup will be hosted by Australia from 21st February till 8th March. It is the seventh ICC women’s T20 world cup. And in the spirit of female pride, its finale will take place on 8th March, that is, the International Women’s Day. As defending champions, Australia will play the first match against India. The tickets already went on sale, on 21st February 2019, exactly a year before the tournament is supposed to take place. Over the years, women sports have risen to be at power with sports that were originally played by men. Many stereotype barriers have been broken and in more and more sportswomen are being given an equal chance by organising big sports events.

One of the most amazing sports events that are held in summer. This tournament is bound to bring some extra heat to the blazing weather. This Australian sports event is held in Melbourne Australia and is one of the Grand Slam Tournaments of Tennis. It is an annual sports event in Australia. The tournament will last from 20th January till 27th January and will take place in the Melbourne Park. You can buy the tickets at any of the official ticket sales, many websites are selling the tickets as well.

Are you a fan of Australian rules football? The Australian Football League holds its final at the Melbourne Cricket Stadium. It is a big sports event in Australia. It occurs either on the last Saturday of September or the first Saturday of October. This is more than just some sports event in Australia. It is a celebration of an old national game that is the pride of this country. People gather in large numbers at the stadium to show their support and to have a good time. Originally titled at VFL- Victorian Football League, as most of the teams were from this city but over the time the game gathered popularity and different teams from all over the country came to compete.

Read More : Australia Must Invest In Education for the Poorest in Our Society

Another big sports event, following the T20 women’s world cup lead, the men’s tournament takes place almost six months later will be hosted by Australia. The matches will start on 18th October and will last till 15th November. The final will be held in the famous Melbourne Cricket Ground. Several series of matches will take place before the host country plays its match with Pakistan on 24th October. West Indies, the defending champions will play their first match against New Zealand. Cricket fans all over the world are rooting for their native countries already as the ICC World Cup has just been over with England winning the trophy for the first time.

Held at the Flemington Racecourse in Melbourne, the Melbourne Cup is the toughest horse race of Australia and one of the most famous sports events in Australia. It is an annual tournament held on the first Tuesday of November from 3 pm. The race covers a distance of 3,200 metres. The race is a famous Australian sports event.

Showcasing some of the best athletes and lifters from all over the world, this is a 3-day competition. A highly power engaging sports competition, though unlike other endurance sports competition, you have to lift submaximal load and to perform as many repetitions as you can in ten-minutes to become a champion. The championship will last from 19th March to 21st March and the entry is free.

See More : What Would You Do If Internet Disappeared? (Top 10 Things That Would Change Forever)

Starting from 23rd March till 7th June, this Australian sports event will be held at Broadbeach, Queensland. This is a two-week-long tournament and around 240 bowlers from all over the world take part in this international championship. Australia has won five gold medals in eight disciplines from the last time the championship was held. Many facilities will be available including a restaurant, bar, car parking as well as a public telephone. And above all that, the event hosts a free entry for all the visitors.

One of the best sports events in Australia to look up to, this tournament will take place from 17th to 19th January in Queensland, Australia. The Suncoast Spinner annually extravagantly hold a basketball tournament to support true sportsmanship and the existence of courage and bravery despite the odds. It is a big sports event in Australia. The team comprises of athletes from Australia as well as overseas, however, most of the athletes are former Australian Paralympians or World Championship players. The entry to this event is free and you get to see a display of true spirit and livelihood. This is an Australian sports event that you should mark down on your calendars.

Another big sports event, starting from 15th April till 19th April, Masters Swimming National Championships will be hosted by Masters Swimming NSW at Sydney Olympic Park aquatic centre and Lake Parramatta. Enjoy this five-day event as swimmers from all over Australia showcase their amazing moves to win the championship trophy. The entries will be open from September 2019.

One of the most awaited sports events in Australia, this tournament will last from 12th March till 15th March. The tournament will take place at the Alberta Park, it will be celebrating its 70th anniversary. A spectacle like no other, you shouldn’t miss an opportunity to attend this amazing three-day event. Over the last three year, the tournament has witnessed an attendance of over 900,000 enthusiastic fans.

CONCLUSION:
Just like all countries, sports events in Australia are a matter of great celebration and pride. The country has hosted many amazing sports events in the past and will continue to do so even in the future. People come from all over the world to support their favourite teams in case of an international tournament and if it is an Australian tournament that we get to see the true Australian spirit. Sports bring people together, supporting your favourites, meeting other fans of the games and spreading a love for that sports, these are the important aspects of any championship. Sports exist because there are people out there who love them so much that they want to make a career out of it. And though over the years, the number of athletes has increased, we need more and more players so that more of these championships and tournaments can take place.