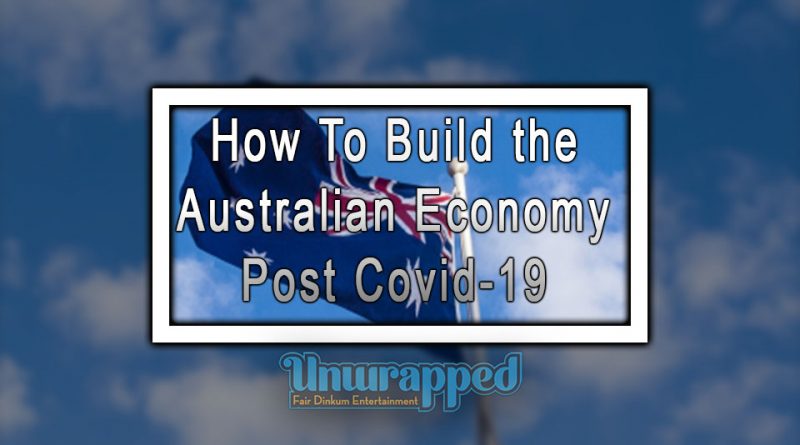 Build a Post Covid-19 Australian Economy that Works for Everyone.

The Covid-19 pandemic is still a developing crisis hundreds and thousands of people have been killed and millions have been infected and the deadly virus is proving to be the anathema of the global economic system, which it is weakening every day. The economic crisis rising on the horizon is of mammoth proportions and its effects are starting to be felt now, half way through 2020.

Australia is among those few countries that have actually managed to flatten the curve and  have kept the damage to public health to a minimum. The Australian hospitals aren`t overflowing with infected patients, there is no shortage of ventilators and public life hasn`t been crippled like we saw it happen in Italy, Spain, China and now we are seeing it in India and Pakistan. No, Australia managed to avoid this fate and this is good news because this means that the Australian economy too hasn`t been affected as badly as some other countries.

Australian people and the Australian economy therefore have got breathing space that is a luxury for many right  now and therefore even though the economic crisis is still developing and is yet to hit the world but this is also the time to prepare for the post Covid-19 world and lay down the foundations for it.

If we look at how should Australia build its economy, we need to start from some basics. The greatest problem that the world is facing at the moment is of unemployment. Australia too is facing a steep rise in unemployment due to the pandemic and therefore any effort to build up the economy should start from cutting the unemployment rate down to its natural level.

The Covid-19 pandemic has shown just how vulnerable our world is to any deadly virus. The weakest link in the economic chain have been the supply lines, that the world is dependent upon today. The virus has dented international trade and supply lines have suffered. Countries that rely heavily on import and trade have suffered the most.

The lesson here is that countries now need to become self sufficient in the goods that they produce for local consumption. Let us look at two major economies for this reason. China first of all, had immense growth in the last decade but in the last few years its growth has slowed down because the fous of China was on international trade for a greater part of the last decade however in the last 2-3 years, that focus has now shifted to more consumption based economy.

Also See : How COVID-19 Has Impacted the Australian Economy

China realised that while it very successfully managed to expand and create global supply lines and it made almost every country dependent upon its cheap exports, its own local economy was not that developed. Therefore in the last 3 years China has been working on increasing local consumption, it is now going to strengthen its local economy so that it doesn`t solely rely on international trade.

India is our second economy. Now in many ways India cannot be compared with China when it comes to trade, India doesn`t really have a lot of exports that it can bank upon. The exports of China are mostly made up of value added consumer goods, that fetch a lot of value in the international market whereas the exports of India are mostly made up of raw materials, raw materials that do not have any added value and therefore they fetch a very low value in the international market.

Top Australian exports at the moment are mostly raw materials and agricultural products, this shows that Australia needs to focus on its manufacturing sector. The Australian government needs to sit down and give this one a good thought. Australia for at least the next two decades needs to go through planned industrialization so that it can have the capacity to create consumer goods for both local consumption and international markets. This will add value to exports, strengthen the economy and add much needed jobs.

Now since this is a long term plan it will also require political stability and continuity of policies. So this is something that the Australian political and economic setup will need to deal with.

China through the “One belt one road” is making in roads into the Middle East that was previously seen as U.S territory. China is actively looking to control key sea ports in Asia as well to secure its trading routes and supply lines in this time of growing regional conflicts.

This emergence of China on the global stage, is bound to have consequences reminiscent of the Cold War era and already we can see a polarization beginning on the global political stage. Australia will have to keep this in mind and develop their future foreign policy and economic policy based on this analysis. Can Australia afford to have China as an enemy?

Australia and China have historically had good relations but at present those relations have come under strain, however not much water has passed under the bridge yet. The government of Australia must keep in mind that the foreign policy they make will affect the economic policy as well.

One of the key exports of Australia include financial services. The financial sector of Australia is quite strong and self reliant and the FTA with China has given Australian financial firms access to Chinese markets. As we stated earlier that the pandemic has triggered some changes that were already in the process but now they are happening at a rapid pace. Blockchain is among those changes.

The financial world was gearing up to transition towards blockchain based solutions and the onset of the pandemic has only sped up this transition. Australian government and policy makers need to understand that the future is blockchain. Countries like China, Russia and the Eurozone are already working on regulations to make way for the mass adoption of blockchain based financial solutions such as asset tokenization.

A research by CISCO has stated that by 2027 almost 10% of global GDP will be on the blockchain. Therefore in order to maintain an edge, Australia needs to work on blockchain adoption. UAE is one of the first countries in the world to go paperless by transferring data on digital and blockchain based platforms.

For Australia therefore working on blockchain and developing regulations to incorporate blockchain into the financial system is going to be the key. The earlier Australia can do the, the more investment they will be able to pull.

The same applies to AI and 5G. Ai will be integrated with legacy systems, it is already being used extensively in simulations for Covid-19 model predictions and many other purposes. Australian government should focus on developing a cutting edge fin tech sector and for this purpose investment and research into AI and 5G is going to be necessary. 5G is once again an issue that also has political dimensions since China based Huawei is rolling out 5G infra structure and therefore Australia needs to decide their future relationship with China.

The post Covid-19 world is going to be a new world with different realities and in order to prepare for it the Australian government needs to start working on the policies related to unemployment, political and economic strategies of the new world and the need to focus more on fintech and innovation. In order for this, the government needs a forward looking approach to deal with issues that are of a completely new nature.

Swine Fever a Threat to Australia? 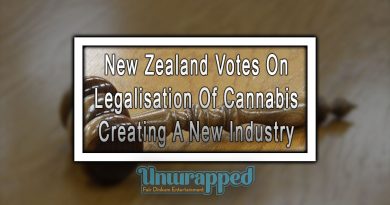 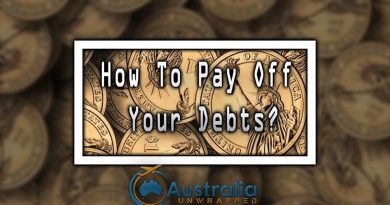 How To Pay Off Your Debts?

Is Epsilon Healthcare Ltd (ASX_ EPN) Probably a Good Investment Or Not?