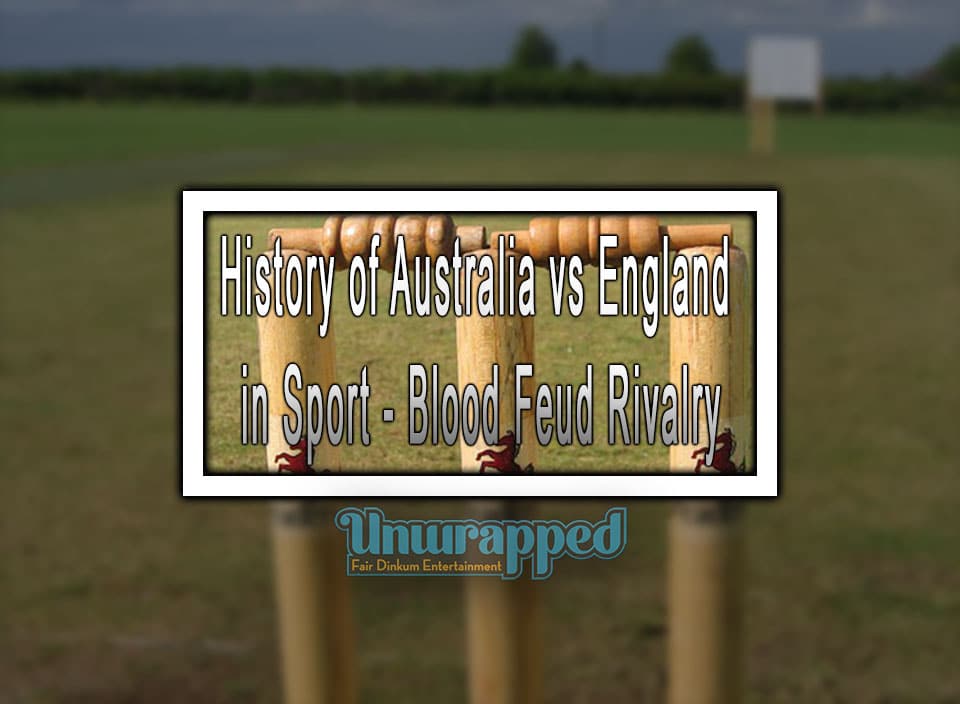 History of Australia vs England in Sport – Overview

History of Australia vs England in Sport – Sports holds an important part in the cultures of both England and Australia. As far as international sports is concerned, Australia vs England is one of the most celebrated rivalries in the world. It is the ultimate sporting rivalry that often draws in a full house no matter what kind of sport is being played between them. Because of this rivalry, it is only natural that the players of both sides experience the deep passion and high tension, both on and off the field. There is a history of sporadic sporting fierceness and a series of dispute that has paved the way to what is one of the oldest and most culturally significant sporting rivalries of the world.

History of Australia vs England in Sport – Nation’s Pride

The long, entertaining and often troubled sporting rivalry shared by Australia and England has been well documented, and it is this rivalry that forms the basis of enmity in most of Australia vs  England  games. A game of rugby between the two countries often  attracts significance to a prior game played years before where one team had to endure a humiliating defeat. Likewise  a win for both countries on the cricket field rarely comes without being accompanied by a broader speculation on one nation’s organizational, physical and moral superiority over the other.

When it comes to Australia vs England sports, the aim for both teams is not just to win but to perfect revenge that asserts a kind of larger cultural superiority as well as to triumph in such a way that the other team would feel like its the end of the world. Sports has presented both the countries not just an environment to compete against each other but also to exact an amount of symbolic revenge. The most famous rivalry in Australia vs England sports is the Ashes Test Cricket Series that is played alternatively in each country. A quick glance into the past is required to understand the birth of this great rivalry.

The Ashes story dates back to 1882 when England was defeated by Australia on home soil at The Oval in August. The shock and embarrassment caused by this defeat prompted  the Sporting Times newspaper to print a satirical obituary of English cricket, that stated: “The body will be cremated and the ashes taken back to Australia.” When England next toured Australia for the return series, revenge was taken. England captain Ivo Bligh was presented with a small terracotta urn to symbolize the winning of the Ashes. Since the real trophy is far too frail, the players of the winning team are given replicas. The most controversial Ashes series is the Bodyline series of 1932-33, in which England captain Douglas Jardine ordered his fast bowlers to bowl straight at the bodies of the Australian batsmen.

History of Australia vs England in Sport – Long May it Continue

Australia vs England is a relationship that has developed with every game that was played, and at the same time hooked to the shared history of post-settlement Australia. The root of the rivalry probably has something to do with Australia being a colony of Britain and this rivalry feeds on an inherent love-hate relationship between the two countries, which is based on their similarities and mutual respect. No matter which team wins, the fans will surely witness more epic encounters because this is an obsession that won’t be ending anytime soon.

Australia Must Invest in Nuclear Technology to Secure Its Future

How to Create Facebook Page – A Quick Tutorial in 5...

Australia to Benefit From Legalisation of Cannabis Through Tax Revenue