Top Ten Of The Deadliest Bushrangers In Australia 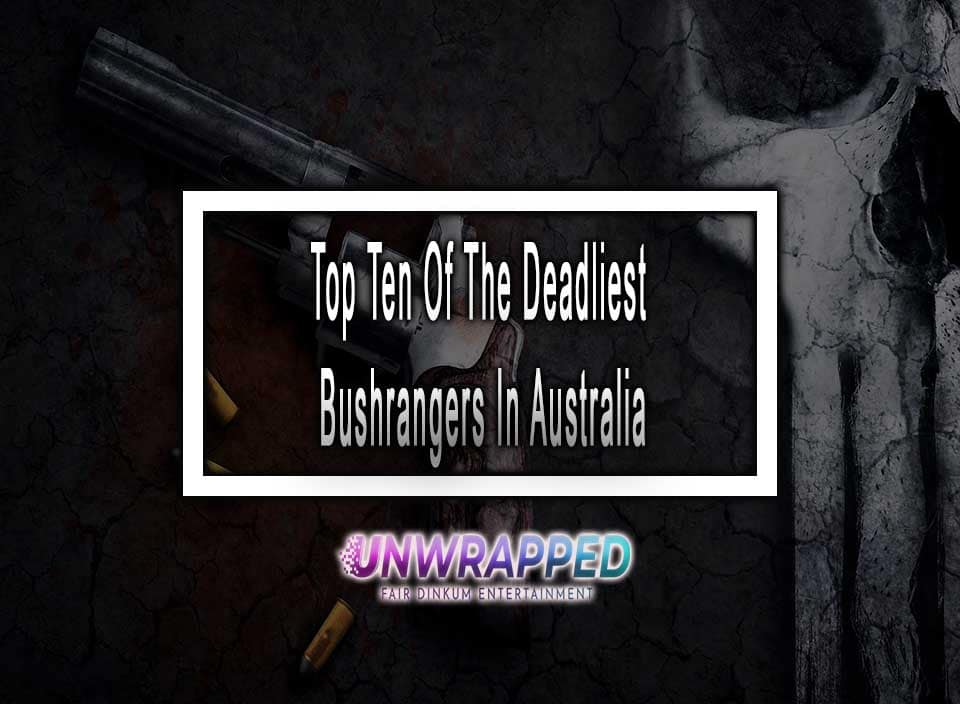 Bushrangers have a contentious legacy in Australian history. Those who learn their accounts see two conflicting images: a group of rebels who want to survive while fighting for their poor countrymen and a gang of murderous outlaws and thieves.

During the early years of Western settlement in Australia, the island continent became a penal colony of the British Empire. Convicts who escaped prison and hard labour formed gangs in the Australian outback. There, they lived by facing harsh elements and pillaged victims.

Looking back, the modern reader may find the lives of bushrangers adventurous and romantic. Their stories are ripe with drama, excitement, rebellion, and betrayal. Some even relate to their social struggle against the Australian elite and authorities.

But this period also includes madmen and psychopaths. While bushrangers like Ned Kelly may leave an inspiring message for some, other bandits were notorious monsters. Rapists, serial killers, and cannibals were among them.

You will know the top ten deadliest bushrangers in Australia.

During his twelve years in prison, Daniel Morgan resented the police. So he went on a rampage after his conviction.

Daniel Morgan sought revenge on society and the constables. He attacked an overseer, whom he believed was friendly to the authorities. Daniel Morgan forced his wife into a fire, and he watched her burn before drenching her. The incident left her with severe burns.

Daniel Morgan gets called the “Mad Dog” because he spent his bushranging career as a serial killer. He randomly killed people without regard to their lives. For example, Daniel Morgan casually shot two workers and killed a policeman who greeted him. He even shot a Chinese man for fun.

Read On: Top Ten Most Dangerous Murderers In Australia

After escaping from a Tasmanian penal colony, Alexander Pearce and his seven fellow outlaws got stuck in the bushes. They had no food to eat, making them starve and lose sanity. They murdered each other and resorted to cannibalism. Only Alexander Pearce survived, eating his peers.

After reaching Tasmania, Alexander Pearce joined other bushrangers before getting arrested again by the constables. He successfully escaped prison once more, resorting to cannibalism to survive.

John Whelan is another infamous serial killer bushranger. His tall height and rough face made him more frightening among his victims.

John Whelan got thrown into Sydney from England in 1827 because of theft. Then, he escaped and returned to robbery before getting caught again. The authorities sent him to Norfolk Island, where he served hard labour for eighteen years. After his colony closed down in 1854, John Whelan returned to Tasmania.

John Whelan fled from prison again. He assaulted and stole from travellers and families living by themselves. He killed more than five people throughout his bushranging activities, and he even wore their clothes.

Known as the Birdman of the Coorong, John Francis Pegotty’s homeland was in Ireland. He was a premature baby, and he did not grow taller when he reached seven. He went to South Africa at one point, where he rode ostriches. John Francis also took advantage of his stunted height. He stole jewellery inside homes by going through the chimney. This crime landed him in an English jail, and the authorities deported him to Australia.

There, John Francis Pegotty began his bushranger career in 1898. Ostriches got introduced in Australia during this decade, and he used them to intimidate his victims. Imagine getting chased by a small bearded man with jewellery two pistols on these quick, tall birds!

The constables were sceptical of this story until they found a corpse surrounded by ostrich footprints. John Francis Pegotty killed another man and committed over twelve holdups since then. Finally, a year later since he began, he and his ostrich got killed by a gunman.

Also Enjoy: The 5 Worst most Brutal Dictatorships of all Time

Thomas Jeffries was so despicable that his fellow bushrangers expelled him out of disgust. He raped women and bashed the skull of a baby onto a rock. Thomas Jeffries violently killed, robbed, and ate people.

Every nation can point at its most heinous, depraved, and notorious criminals. Australia has John Lynch on that list. His first murder case happened inside prison after getting deported to New South Wales. He escaped jail and murdered nearby travellers and farmers, including their families.

John Lynch struck his victims’ heads with tomahawks, covering them with stones or burning them. Then, he would steal their properties. He also admitted to raping a thirteen-year-old.

Far from the religious leader who shares the same name, this bushranger is infamous for victimizing miners.

Charles Russel, known as Black Douglas, became a boxer fighter after reaching Australia from England. But the prices he earns after matches could not stave off his poverty. So he resorted to violent robbery. Black Douglas would attack miners from goldfields along the road. At times, he would even chain them.

In response, the Melbournian police escorted miners and gold caravans. Black Douglas’ luck would run out eventually. He got attacked and overpowered by a mob of miners. Then, the police got to arrest him.

More Madness: 5 Things to Know about the Atomic Bomb

Michael Howe used to be a British soldier, but his fall from grace as a highway robber brought him to Tasmania. He escaped his sentence and entered a bushranger group of escapees and deserters.

Michael Howe soon rose through the ranks and became a leader of bushrangers. Under his operation, his gang attacked the magistrate’s home and wreaked havoc in the territory. The government imposed martial law, but it failed to stop Michael Howe and his fellow criminals.

Unlike most of the Australian bushrangers, Jimmy Governor was indigenous. He killed a family and a school teacher during his rampage. This crime led the police to chase them. But, while from the authorities, Jimmy Governor killed more victims and robbed people.

Benjamin Hall used to be a businessman. Unfortunately, tragedies and mishaps pushed him to become a bushranger and a raider. His excellent leadership skills made his gang successful in beating the police.