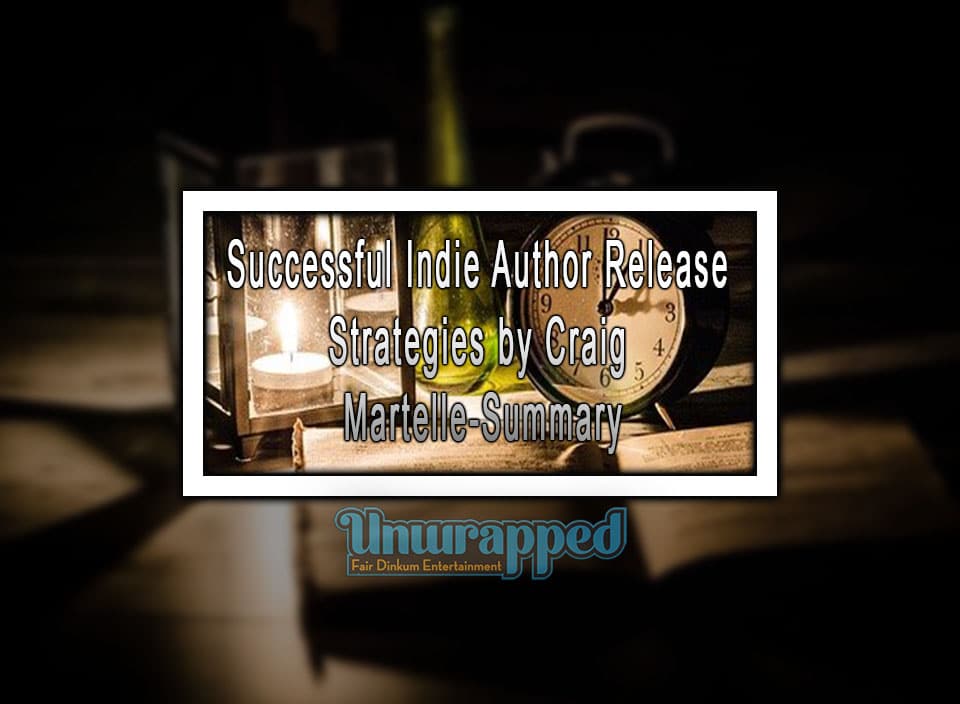 In this book, Craig wants to help all Indie authors to publish a book. For that, it is necessary to form a quality strategy in order for the publication to go smoothly and the sale to be profitable.

He divided the story into eight chapters and in each, he gave important advice and examples for entering and developing this business.

Craig believes that it’s very important for a writer to know his audience and to regularly meet their expectations. What is promised to the audience must be fulfilled.

Another important thing is that every writer needs to know what kind of book he’s going to write. That book should be entertaining enough for readers. Craig thinks that a happy medium should be found between the genre that readers love and the genre that the writer loves. It’s the only sure way to mutual satisfaction.

The author of this book also introduces us to the terms he will use in this book. He wants to show the significance of each concept individually for the final success. He talks about what it means to publish, tail, red-through, promote, create categories, etc.

Craig explains that every writer must know his reach and limits, and find a way to work with it. Any writer with a good book can become successful only if he is well thought out and devises a quality strategy.

He then introduces readers to the process of preparing for the publication of the book. Makes a comparison between soft launch and hard launch. He concludes that every writer must make sure that people find out that the book has been released.

Craig begins this chapter with a topic on how to gain readership if a writer publishes his first book. He believes that the author should join various reading groups and start promoting his book there. There are other options, such as publishing a book on the BookFunnel site, which is great for promotion. Setting up a book on Amazon and creating an email list is another useful step. The book should also be placed in the right genre so that readers know what to expect.

Wanting to simplify the story, Craig made a list of steps that every writer should take in the process of finding his audience. He paid special attention to building an audience on Amazon. He talks about the benefits of doing a giveaway on Amazon to attract a certain number of followers and audiences.

Craig then makes it clear that the genre of the book must be clearly recognized and that it is important to make an accurate categorization. The genre should work for the writer.

For the accelerated publication of the book, doom is almost guaranteed, Craig claims. He tries to explain to readers that making a strategy is a prerequisite for forming a good readership. Expanding the list of readers is a long process, but with Craig’s advice, it will be much easier to achieve.

Chapter 3: Determination of Intentionality Based on the Theory of Constraints

The main task of every writer is to fulfill the given promises to the readers. According to Craig, the writer mustn’t overpromise, because that leads to a potential underdeliver. The writer should enter this process with a clear intention and sense of intentionality.

After the publication of the book, readers should become interested in your further work. That can be achieved in part by a good organization of the series of your book, Craig claims. This will lead readers to continue to follow your work and continue to buy your books.

Craig goes on to say that the time it takes to write a book is enough to publish a book. A writer can plan ahead while he’s in the process of writing. Everything is just a matter of a good organization. And the speed of writing the next book should be faster because readers shouldn’t be left waiting long. One of the tips Craig gives is that every next book should be in preparation while the first one is waiting to be published. Finally, he states the pros and cons of stockpiling.

The author dedicates the fourth chapter to release timing.

The first strategy he sees is a quarterly release. Here, Craig points out the advantages and disadvantages of this strategy and talks about the general things that need to be incorporated. He looks at different types of marketing and the possibility of a pre-order if the book is completed on time.

The next strategy that Craig explained was the release strategy from once a month to once a quarter. He thinks this is a great way to get more reviews. He lists the advantages and disadvantages of this strategy.

Craig then moves on to a rapid release strategy. This means that the author publishes once a month or even more often. Craig claims that this is one of the best ways to become visible and recognizable. Lists the pros and cons of this strategy. Craig says that he is personally a big fan of this strategy. He also talks about his experience with the rapid release and the results he achieved.

The next strategy he is working on is the strategy of publishing three books in a period of three weeks. With this strategy, faster earnings are achieved, but at the same time, the costs are higher. Craig listed a few more advantages and disadvantages of this strategy.

There is also a release strategy every two weeks, which is another easily doable variant. Craig states that it’s possible to plan price changes here. He cites a personal example again and shows the results of his work on this strategy.

Craig also explains the weekly release. He says that this is most similar to a television series program, where the audience knows exactly on which day the new episode will be released. Despite the many challenges that this rapid release brings, it also has several advantages that Craig explains.

Craig also talks about the strategy of releasing all at once, which means that a book consisting of multiple series is published by the author at once. In this book, the author describes a couple more strategies, and for each one explains the action plan and describes all the advantages and disadvantages. There are strategies like the rapid release of standalones and rapid release bottom line.

At the end of this chapter, he talks about box sets and talks about why he thinks they are great.

Craig continues the story with release strategies, but this time he talks about strategies for short books. For the most part, the story remains the same as for long books. One good feature of writing shorter books is saving time, Craig claims. He says that reasonably those books must have a lower price. But this can be compensated by selling it in a set, ie. as a series of books.

Craig then talks about the number of books to be published in one series. He also describes one of the ways in which a release can be done.

As for the timing within which short books should be published, Craig says that it depends on the genre. It should be planned wisely so that the audience doesn’t get fed up, or get angry because they wait too long. Craig amounts for each genre an ideal timing and word count.

Craig notes that a writer should think carefully before making certain promises to his readers. There’s no need to hurry because there’s a risk of worsening the content offered or getting to a creative block. Every writer needs to recognize his own rhythm of work and know his limits.

The first thing Craig considers is the book cover. He claims that the cover must be striking and recognizable to readers. Craig enumerates the elements of a great book cover.

As for determining the price of the book, Craig shows by his example that the price can change and that on the day of publication it should be the lowest, in order to show respect to the most loyal fans. The price also depends on the genre of the book. Craig has thus come up with an optimal pricing strategy and reveals details in the rest of the chapter.

Craig continues the story of advertising and talks about when is the right time to place ads. It depends on several factors, but it’s best to start before the book is published. Using the right keywords is also essential in successful marketing.

Craig wanted to emphasize the advantage of pre-order. This will make the book visible and create a sense of anticipation among readers. Another benefit is that it will motivate the writer to finish his book faster.

Organizing special promotions is another good way to advertise a book, Craig claims. He says that newsletter swaps should be done with the authors whose work you approve. This will make you easily noticed in the mass of other writers. Craig also gives a simple example of how to perform a successful swap.

Due to the current presence of social networks, Craig thinks that special attention should be paid to that part of online marketing. Facebook stands out as a particularly good way to promote and launch ads. There are also various blogs where you can continue to do marketing.

Also, Craig believes that the audience should get excited about the book. They should be given a hint of a story, the author should announce a book, or publish pictures before the book is released.

When you first publish a book, Craig advises making a checklist in relation to the day of release. He states what exactly should be done 90, 60, 30, 14, 7, 2, and 1 day before the release. He argues that the whole process should be well designed to minimize unpredictable situations. He also points out everything that the author needs to determine in the period after the publication of the book, which will bring insight into how the audience accepted the book. Craig compiles the same list in case a series of books is published, with a few added changes.

He notes that each launch is different and that it should be adapted to its readers. He says that every author should perform quality analysis and set realistic goals.

In the last chapter, Craig summarizes the story and concludes that no one can guarantee success. He says that the most important thing is for the first book to become critically accepted, otherwise the writer can hardly make up for the failure. And he notes that the failure of the book should not be taken as a personal failure.

How To Be An Exceptional Copywriter