Skip to content
You are here:Home / 5 Stoic Philosophy That Leads You to Live a Happy and Peaceful Life By Following 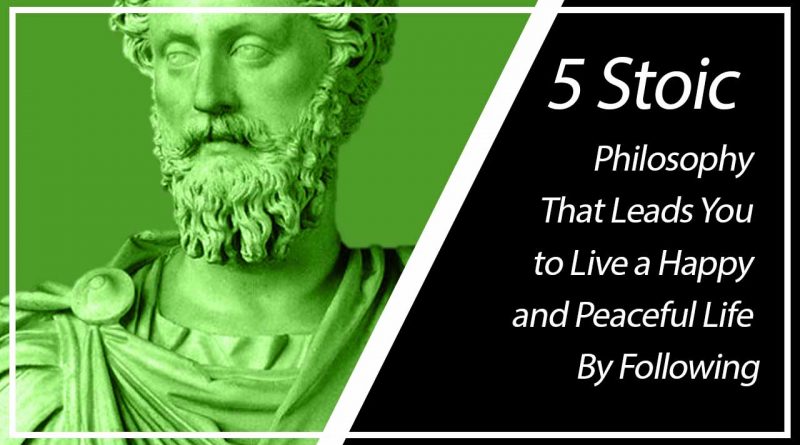 In the Classical Age, philosophy was the door to knowledge. Later, it was the origin of the western regulated educational system. But, in addition to learning ethics, logic, epistemology, metaphysics, or physics, the students were taught a fundamental subject: learning to live.

The philosophy of life is nothing more than an everyday toolbox, a mechanism to face the main existential challenges and questions of everyday life, no matter how unexpected, uncomfortable, tragic or pleasant they may be.

We all go through difficult situations and face events that in one way or another, put us in the face of a reality that is too sincere and honest. Reality doesn’t lie, however, more than once we would like things to be different, we would like to continue at the job we were in, and we would like to fall in love or simply live alone.

It’s a human evil to desire the opposite of what one has. The facts are the facts and you may like them or not. The Stoics had an interesting metaphor, they saw life as a car and human beings are like dogs tied to the car. We can become infatuated and nail our paws and be dragged by force, or we can keep up with the car and enjoy the ride and the scenery. This notion is summed up very well by Epictetus “Don’t seek to have events happen as you wish, but wish them to happen as they do happen.”

Human beings avoid talking about death. The truth is that death is as Heidegger says “the possibility of possibilities”, it accompanies us throughout our lives.

Memento mori is a principle that encourages us to consider the brevity of life and that what matters is what we do between birth and death. Seneca used to say “Let’s live as if the end of life had come.”

This notion reminds us that we need more reflection. We need to reflect on the brevity of life and existence. The truth is that reflecting on our own death is reflecting on life. Memento mori consists of reflecting and meditating on life itself as it is ultimately what gives it meaning, priority, and perspective. That is when the time will become a gift, a treasure. Memento mori is an invitation to live in the face of death to appropriate more of our own life.

The term Apatheia is a key notion in Stoicism. Apatheia consists of a mental attitude in which the individual is free from emotional disturbances. It’s not a disinterest in emotions, we are not talking about indifference to pain or pleasure, what the Stoics called metriopatheia.

Confusing Apatheia with apathy would lead to a detachment from reality, a type of alienation. The Stoic notion, on the other hand, invites us to adopt a mentality in which fear becomes prudence, error in learning, pain in transformation, anger in motivation for action, doubt in curiosity, and desire in goals. Apatheia allows us the proper management of emotions through the recognition and acceptance of them to take advantage of their vitality and energy.

The Greek term is a compound word, by syn and pathos, together they mean “to feel with”, a kind of emotional synchronization with other people, either to share joy, tears, setbacks, or happiness. It’s an ability to understand one’s own emotions and those of others. The Stoics called or unfolded sympatheia in the notions of empatheia and agape or cognitive empathy and affective empathy.

In any case, the idea is very clear that the other is like me, he suffers, laughs, cries, and does the best he can to live a life oriented towards happiness and his own development. The stoic notion is an invitation to move away from our own navel and have a totalizing look so that we can see how we are connected, how the world in which we live is a complex and systemic whole. Where we affect each other.

Must Read: 5 Principal of Stoicism That Will Change the Way You Think About Life, Death, and Time

Live according to nature and bear in mind that one day we will no longer be. Connect with life from the emotions that vibrate in us but without assigning a value judgment to events. Recognize that we are masters of our reactions and attitudes. Knowing that we are interconnected with and that it is in our power and will to know what to do in each circumstance are just some practical ideas of Stoic philosophy.

This puts us in the face of practical philosophy, a way of living, under a will to live that exerts a transforming power over us. 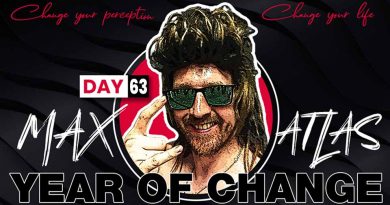 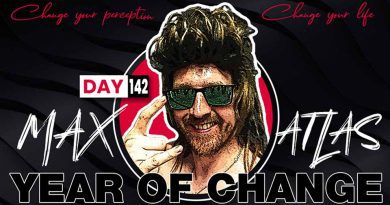 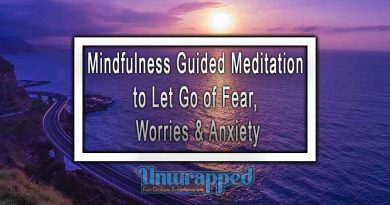 How To Lost Body Fat Sustainably and Lasting – Day 164