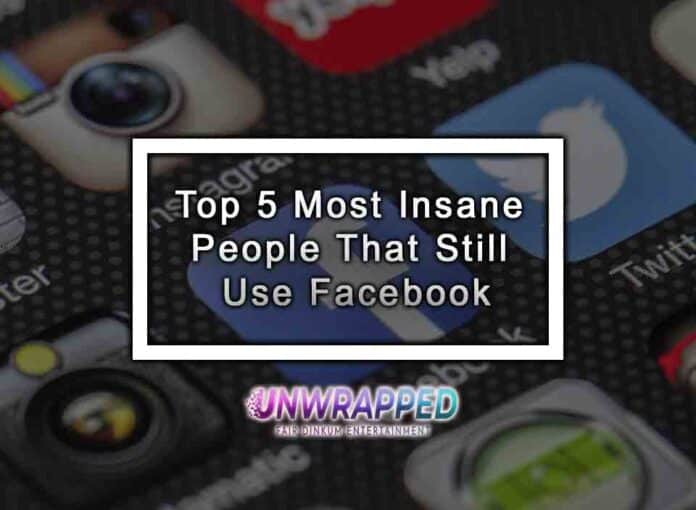 So, even though Facebook, or call it Meta if you want (same thing) – is pretty much dead, some of us still use it. But who exactly is “us”? Let’s review the Top 5 Facebook Users who, for some reason, still won’t quit it. And, of course, have a nice good laugh.

You gotta love ‘em. Old people on Facebook are definitely number one on the list. They’re usually between the age of 60 and 80. They barely know how to turn on the computer, but they sure as hell know how to log into Facebook. And then the good, fun stuff happens. All they know is to post a status about a cooking recipe or one of those chain messages. Remember them back in the day of SMS texting? Yeah, old people still do this on Facebook. “Share this 200 million times, and good fortune will come to you!” And, of course, they post thousands of pictures of their grandkids. Sometimes they get a like or two, sometimes no likes at all, but it’s not like they understand any of that anyway, so it’s all good. And hey, sometimes, other old people even congratulate them on their grandson landing that sweet job at Walmart!

Fake name, fake profile picture, fake age… Well, we all know who they really are – trolls. They don’t care about anything except annoying other people and being mean to them. Making someone angry or cry makes the trolls happy. Why? Nobody knows. I guess they’re just psychopaths or something. Nah, probably just lonely losers in their 30’s still living in their mom’s basement. So, basically, they hate themselves, and they want others to suffer too. It’s the only thing that can “turn them on”.

Switching to another platform? Creating a whole new account from scratch again? No,  thanks. I’m just fine where I am. Even though I have no one here anymore. But hey, at least they have sponsored content to binge through – which brings us to the next group of people.

You know what I’m talking about, right? Surely you do. They’re everywhere: Facebook, YouTube, and any other website, famous or not. So, those “people” are actually brands promoting their stuff. And naturally, we all hate them. We hated them even back in the television days. Do they not understand that no one watches their ads or simply skip them? You, add-people, go away, please. Forever. Nobody likes you.

Yup. Just us. Not much more to it, really. As we mentioned in our previous article, it’s an unfortunate necessity. I just hope we’re not insane, though, since we’re on this list. However, we probably are – not gonna lie.
Anyway, that was the Top 5 Most Insane Facebook Users. Do you belong to any of these groups? Don’t worry; we won’t judge you. Hell, even we admitted to using it. All hail Mark Zuckerberg!

Also see: Free Speech R.I.P. – Except for the Rich

Stay Connected
41,936FansLike
5,684FollowersFollow
816FollowersFollow
Previous article
Free Speech R.I.P. – Except for the Rich
Next article
What Will Happen to Twitter & Freedom of Speech

When Will Wokeism End? – It is Good or Bad Ending