Real Evidence of Climate Change a No Bullshit Approach 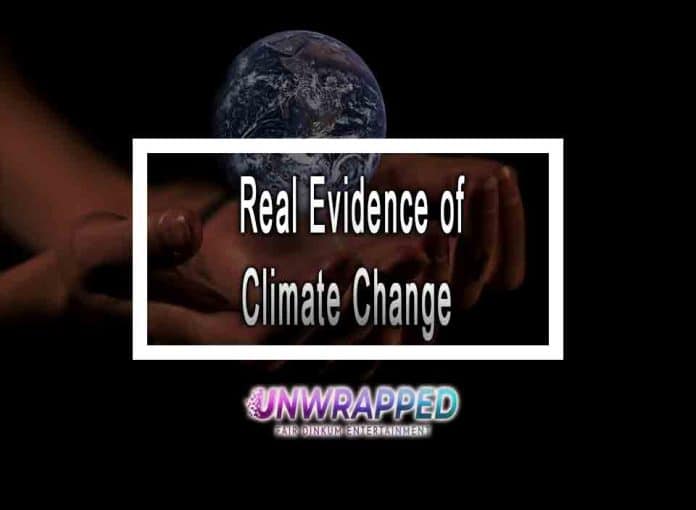 I have no idea if climate change is real or not, but I am going to have a look at the evidence and try to draw a conclusion. However what I do know is real is deforestation, child labour, food poverty, water scarcity and the control of wealth by 0.0001% of the population and to hell with everyone else. Don’t worry I am not some Commie or a wired radical leftist freak show, but I do give a shit, lets’s take a look if climate change exists.

The Ocean in Warming

There is Glacial Retreat

Glaciers retreat when their termini do not extend as far down valley as they once did. If glaciers melt or ablate more quickly than snowfall can accumulate and form new ice, they will retreat. Antarctica’s largest contiguous icefield is thinning and retreating all over the south Patagonian icefield.

The Sea Level is Rising

Declining Arctic Sea Ice Effects on All of Us

The Global Temperature has Actually Rise

Scientists at NASA’s Goddard Institute for Space Studies (GISS) are studying temperature data and found that the average global temperature has increased by at least 1.1° Celsius (1.9° Fahrenheit) since 1880.

Shrinking Ice Sheets are No Joke

As a result of human-induced global warming, land-based ice in Greenland and Antarctica is being lost significantly. Since 2002, the land ice sheets in both Antarctica (upper chart) and Greenland (lower chart) have been losing mass.

Well no-shit it’s really the evidence is overwhelming however I am not sure that the elite’s solutions do anything more than plan to enrich them further. I have a plan for you to stop manufacturing so much shit that nobody actually needs and just manufacture what is needed.  Stop taxing people to death or alternatively only tax what causes pollution and remove all taxes on healthy fresh foods.

I have to say I don’t have the answer and that climate change is certainly real. However, the solutions from the elites are moronic and only seem to take more and more while giving less and less. I remember the British were banging on about carbon storage then the contracts seemed to go to the crony mates of the politicians.

Also some of these idiot do-gooders, for example, I hate it when do-gooder twats say look at me I have solar. I ask them who manufacturers their panels and depending on the answer I ask when you send your kids down the cobalt mines, they look annoyed but yea reality bites. One world and one people let’s start respecting it.

We need real, honest transparent change, and we need it now.