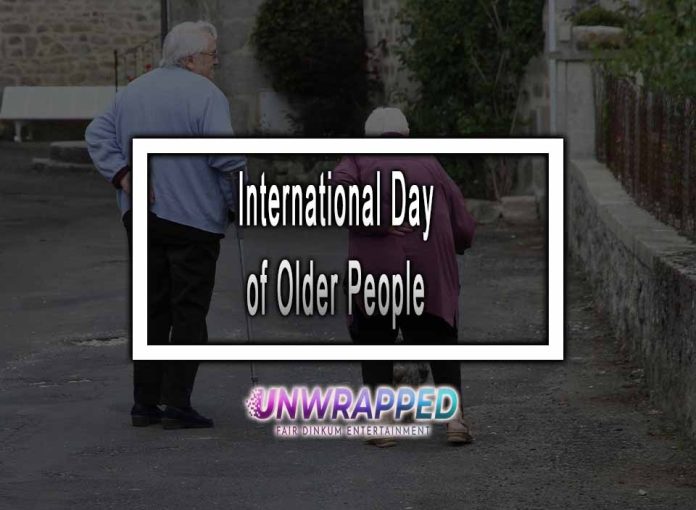 Ageing and elder abuse are only two of the many topics brought up during this day in honour of the elderly. A day to honour the contributions older people give to society is observed today. In the U.S.A & Canada, it’s called Grandparents Day; and in China, it’s called the Double Ninth Festival. And in Japan, it’s called the Day of Respect for the Elderly. The United Nations Program on Ageing (UNPA) and other ageing organizations are significant priorities.

Resolution 45/106 of the UN, passed on December 14, 1990, established October 1 as the International Day of Older Persons. A precursor to this effort was the Vienna International Plan of Action on Aging, approved by the World Assembly on Ageing in 1982 and endorsed by the United Nations General Assembly the following year (in 1983). In addition, the General Assembly approved the United Nations Principles for Older Persons (Resolution 46/91) in 1991. For this purpose, in 2002, the Second World Assembly on Ageing ratified the Madrid International Plan of Action on Ageing, which was designed as a blueprint for a society inclusive of all ages.

In the last several decades, the world’s population has seen a significant shift. The average lifespan increased from 46 years in 1950 to 68 years in 2010. In 2019, there were potentially 703 million people worldwide who were 65 or older. Moreover, two-thirds (261 million) of the world’s elderly live in Eastern and Southeast Asia, followed by Europe and North America (over 200 million).

The potential number of people over 65 is expected to quadruple in the next 30 years, reaching 1.5 billion people in 2050. Between 2019 and 2050, all areas will witness a rise in the elderly population. However, from potentially 261 million in 2019 to 573 million in 2050, Eastern and South-Eastern Asia are expected to see the potential highest increase in population (312 million).

Sub-Saharan Africa is expected to have the second-largest growth in people 65 and older, from potentially 32 million in 2019 – to 101 million in 2050. Australia and New Zealand (84%) and Europe and Northern America (48%) are predicted to see a more negligible growth in the percentage of the population that is older than the rest of the globe. In 2050, more than two-thirds of the world’s ageing population (1.1 billion people) will live in less developed nations, excluding the least developed countries. Despite this, the number of people 65 and older is expected to climb from 37 million in 2019 to 120 million in 2050 in the least developed nations (225 per cent).

A fresh perspective on life and self-understanding can emerge when we spend time getting to know someone our age, even if that person is a relative. Making life simpler for the elderly is possible in many ways. Find out what you can do to aid local groups that assist the elderly. There is undoubtedly a need for more attention to the demands and problems experienced by many older persons due to the vast majority of elderly men and women’s contributions to society.

To be friendly and modest in front of someone who has lived a long and fruitful life is an integral part of honouring the elderly on a particular day. Many of the difficulties experienced by the elderly, including abuse and senescence (the degradation of mental and physical processes), are addressed throughout the vacation. If we’re fortunate, growing older brings an increased capacity for self-awareness and wisdom.

What was the potential Theme of International Day of Older People 2021?

The theme was “Digital Equity For All Ages.”

Why Did World Trade Center 7 Fall? An Exploration