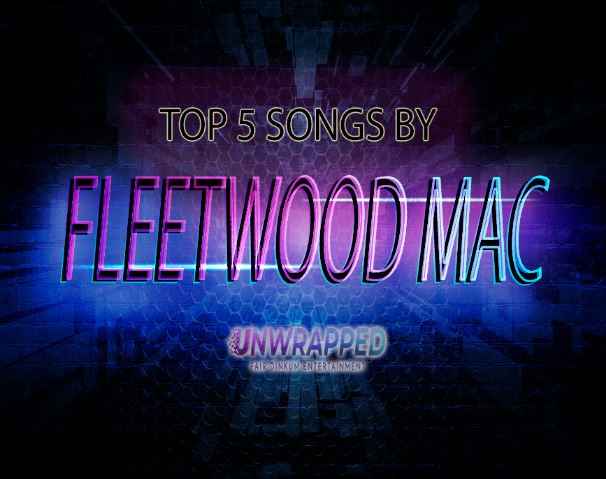 We know how excited you are to be swept away by music through Fleetwood Mac‘s Top 5 Tracks. Australian Unwrapped would like to give you first a glimpse of the life of the artist. Enjoy reading and listening!

All about Fleetwood Mac

Who are Fleetwood Mac: Fleetwood Mac is a British-American rock band originally comprised of guitarist Peter Green, drummer Mick Fleetwood and guitarist Jeremy Spencer formed in London in 1967 . Danny Kirwan joined as a third guitarist in 1968. “Albatross” made it to UK Top Rank and “Oh Well” and “Man of the World” were some of their hit tracks. Their 1975 self-titled album, Fleetwood Mac, zoomed to US Top 1 Spot. Fleetwood Mac’s second album, Rumours (1977), produced four chart-topping singles which made it to the Top 10 ranks and remained at the top spot for 31 weeks on the American albums chart .

The name Fleetwood Mac came from the suggestion of the original guitarist and singer Peter Green which was the combination of the names of the original drummer and bassist: Mick Fleetwood and John McVie
They’ve used the same album in two different years, 1968 and 1975.
Humming the tune of “Chariots of Fire” movie theme was their musical clue that it’s time for coccaine.

We freaking love music here at Unwrapped, and we adore Fleetwood Mac. In our humble opinion, here are the BEST FIVE SONGS by the legendary Fleetwood Mac (most liked, listened and downloaded songs) across the web!!!

Now here you go again, you say you want your freedom
Well, who am I to keep you down?
It’s only right that you should play the way you feel it
But listen carefully to the sound of your loneliness
Like a heartbeat drives you mad
In the stillness of remembering what you had
And what you lost
And what you had
And what you lost
Oh, thunder only happens when it’s raining
Players only love you when they’re playing
Say, women, they will come and they will go
When the rain washes you clean, you’ll know
You’ll know

I took my love, I took it down
I climbed a mountain and I turned around
And I saw my reflection in the snow-covered hills
‘Til the landslide brought me down
Oh, mirror in the sky
What is love?
Can the child within my heart rise above?
Can I sail through the changin’ ocean tides?
Can I handle the seasons of my life?
Well, I’ve been afraid of changin’
‘Cause I’ve built my life around you
But time makes you bolder
Even children get older
And I’m getting older too

I hope you enjoyed listening to Fleetwood Mac !