Skip to content
You are here:Home / The First Aboriginal Minister is a Huge Step Forward…

Who Is Ken Wyatt And Why You Should Know About Him?

So hello guys today we are going to talk First Aboriginal Minister. So just read the article very carefully.

The rights of aboriginals have always been a hot topic.

Throughout the past century, aboriginals have fought to be equals with the “white population.”

They struggled to gain similar voting, employment, and education opportunities.

But, ever since the 1960s, things have been evolving for the better. And it has culminated in the recent employment of Ken Wyatt.

He’s the first aboriginal minister to join the federal cabinet.

He was actually elevated just a few days ago in May 2019. And currently, he acts as the “Minister for Indigenous Australians.”

However – that’s not the only ministerial position he’s held.

In fact, he’s the first of aboriginal people to hold higher political offices.

He’s a role model for minorities seeking to contribute to the political landscape. And this success is something to be proud of.

You can’t have a “Minister of Indigenous Australians” that’s not an aboriginal.

After all, that ministerial position is supposed to represent aboriginal people. And if the representative isn’t part of that culture, then it isn’t fair, right?

The Positives for Australian Society

First, it means that the ministry is “accountable to the parliament” for its actions.

It shows that the social fabric of Australian society is meshing wellcoming together. That is, it’s a sign of the death of racial tensions.

It’s a sign of Australia turning into a society that doesn’t judge by genetics.

And that’s what’s needed to propel this country forward. Because you can’t have a proper economy or prosperous nation that’s discriminatory.

Each neighbor in the region is essentially a “distant foreigner.”

For example, there’s Indonesia – a mostly Muslim country, with a different economic status, and a different culture.

Further north are Asian countries, like Japan, Thailand, and China. And their cultures are vastly different too.

This forces Australia to be an open-minded culture that’s accepting of others. Otherwise, it can’t co-operate regionally with its neighbors.

What Does This Have to Do With Aboriginal Ministers?

Well, accepting of others starts at-home.

This’ll create an isolationist culture that hurts Australia long-term. And it’s not recommended, especially with Australia’s location far from the rest of the world.

Foreign labor and skilled immigration are “major contributors” to the Australian economy.

You can’t invite skilled labor over with internal racial tensions.

You can’t invite “skilled immigrants” if you have a reputation for intolerance.

There’s No Better Platform for Fairness Than Politics

By fairness, we mean judging by efficacy.

A high political office is a dream come true. And to recognize an aboriginal’s right to hold high positions matters.

Why? Because above social cohesion, we want to judge people by “what they have to offer.”

That is, we want leaders that are experienced, smart, and pragmatic. And race is not how you judge a politician’s CV.

What We Hope to See Next…

How about an aboriginal Prime Minister?

This may take a while to actualize. But it should be a reality in the next few decades – and possibly this century.

That’ll be the next major step in Australian politics. And it’ll improve Australia’s reputation as a country welcome to all!

10 Reasons, Why Australia is Better than Any Other Country 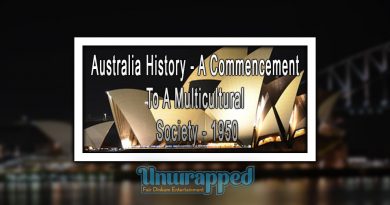 Australia History – A Commencement To A Multicultural Society – 1950