Skip to content
You are here:Home / Myths and Legends About Australian Aboriginals 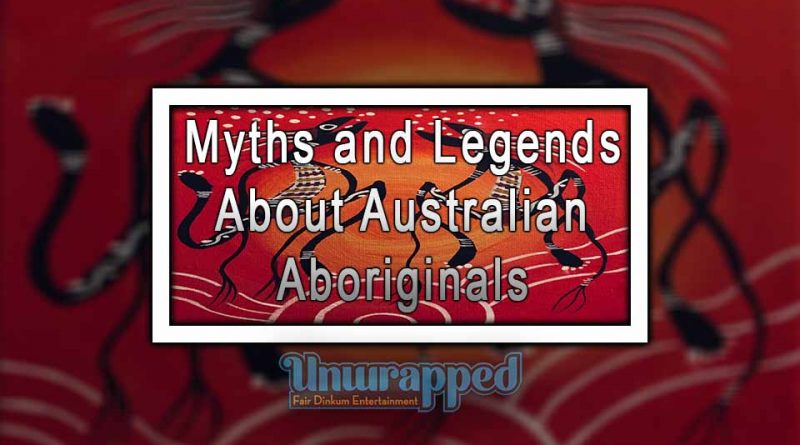 The Aboriginals of Australia are among the oldest human populations in the world. Travelling from parts of Asia, they are believed to have settled in Australia for the past 40,000 – 50,000 years. Along with their rich and diverse languages are powerful and beautiful stories of religion, culture, spirituality, and beliefs. The Aboriginals hold one of the most long-surviving cultures in the world which can be relived through the Aboriginals’ myths and legends.

The Dreaming or Dreamtime is a term used to refer to the wide array of Aboriginals’ regio-cultural beliefs. It is the Aboriginal’s own creation story which details the times of their Ancestor beings. Furthermore, it details the Spirit Ancestors’ lives and continues to live on as legends and myths.

The Dreaming is passed down through various forms of art such as body paintings, carvings, sculptures; music, and rituals. It is a timeless concept that has greatly affected the Aboriginals’ way of life, beliefs, and culture.

The Dreaming consists of plenty of myths and legends passed down from the Ancestors. This includes creation stories of the sun, moon, stars, and many of the Earth’s other creatures. Here are some of the myths and legends about Australian Aboriginals.

Before there was life on Earth, the Earth was lifeless and barren. Meanwhile, the Rainbow Serpent slumbered underneath the Earth’s surface. When she surfaced above the Earth, she gave birth to animals in her stomach and awakened all the others on Earth. While on Earth, she created the sun, fire, and other elements on Earth.

The Rainbow Serpent is often described to be a long creature made up of other kinds of animals such as a kangaroo head and a snake body. Aboriginals believed she was a life-giving, powerful, and benevolent protector.

The Origin of the Sun

In the Dreamtime, there was once a young woman who left her tribe because she was forbidden to marry the man of her choice. She then settled in an arid area. Although the place had little food and water, she still refused to come back to her tribe. Some men from her tribe wanted to bring her back so she ran away even farther to the most barren of the lands. However, she got badly injured from her escape and almost died.

Soon, the Ancestor Spirits came to her rescue and brought her up the skies where she rested. The place was filled with food, water, and a warm campfire. Looking down, she realized the people from her tribe were sad that she had run away. Although she had a change of heart, she knew she couldn’t go back to her tribe anymore as she already lived in the skies. She looked down on them and noticed they were cold during the day. The young woman decided to create the biggest campfire so she could warm the people beneath her. At night, she would put the light out of her campfire when the people were already settled in their homes. This made the people happy and they soon called the campfire in the sky The Sun.

Take note that this is just one account of the sun’s creation story. Each Aboriginal community or tribe has their own stories of how the sun came to be.

Legend of the Volcano

The Legend of the Volcano is perhaps the oldest Aboriginal tale known today. In the Dreamtime, four giants lived in what is now Australia. The three of them continued to travel and explore the lands. Meanwhile, one giant remained steady and stood still. His body then transformed into a large mountain called Budj Bim. His teeth, later on, became the molten lava that spews out from the volcano.

In the Dreaming lived brothers-in-law named Gandju and Wurrpan and their children. One day, Gandju’s children went to the saltwater to fish for stingrays. The water was so clear that they were able to spear the stingrays they wanted. On the shore, they built a campfire and cooked the stingrays they speared. They separated the meat portions of the stingray from the fat. Then, they went back home.

At home, Gandju called for one of Wurrpan’s children to get their share of food. However, they had reserved the fresh ones for themselves and gave Wurrpan’s child the old bits. The child hurried to give the stingrays to Wurrpan, who knew immediately that they were given the old, bad meat. He went on to confront Gandju about the food they were given. Gandju insisted that he should have gone spearfishing himself if he wanted the fresh meat.

They continued to argue and Gandju threw a piece of coal and rock onto Wurrpan. Gandju became anxious about what Wurrpan might do to him and began jumping. As he jumped higher and flew up the skies, he became the bird Jabiru without any beak and flew away. Wurrpan asked his children to bring him a spear which he used to shoot Jabiru. It went right through his head, creating a beak. Wurrpan and his children ran away and transformed into Emu as they ran away faster, ash in color from Wurrpan’s ashes from when he was burned by Gandju’s coal.

The Aboriginals possess such rich and deep regio-cultural beliefs that still profoundly resonate with the people even today. These stories were successfully passed on for hundreds to thousands of years through oral tradition, various forms of literature, intricate art, and music. Most of these remain sacred and valuable for the Aboriginals and are considered gems of their communities. The Dreaming continues to touch the Aboriginals’ spiritual and cultural lives even up to this day.

Also See : What if the Alien Invasion Happened in 2020? This Pentagon U.F.O. video suggests it, and You Won’t Believe Your Eyes! 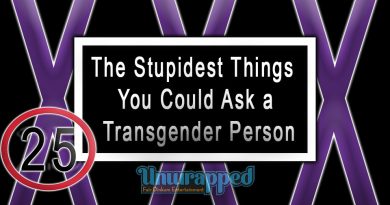 The Stupidest Things You Could Ask a Transgender Person