Skip to content
You are here:Home / Distortion – Affects Shape of the Picture – Photography Tutorial

Image Distortion – Affects the Shape of the Picture

Distortion is a lens defect which influences the shape of the picture without affecting the sharpness. The physical effect of such a defect is straight lines look bowed (bent) near the edge of the picture. There are to types of distortion – pincushion and barrel. In pincushion distortion, the straight lines are bent (bowed) in the inward direction while in barrel distortion the lines are bent (bowed) in the outward direction. Sometimes a mixture of both the types of distortion termed as moustache distortion is observed.

Distortion – Affects Shape of the Picture

The occurrence of perspective distortion is completely due to the angle of view used to capture the image of the subject in case photographs are taken from an ordinary distance. Perspective distortion is very distinct in the situation when you use the wide-angle lens at a short distance between the camera and the subject. The effect of this distortion can be overcome by using a moderate telephoto lens or lens with a long focus. These arrangements will flatten the picture.

Distortion – Affects Shape of the Picture

You can have a distortion in your photographs because of the incorrect aperture used in your camera, your hands not remaining steady or you not using right film speed in a given situation. If a scene has got excessive backlighting or you have used a wrong lens in your camera then also pictured gets distorted. It’s not that photographs from amateurs only are distorted; distortion can be found in photographs taken by professionals also. To clear distortion to a great extent image editing software is used. But the extent of distortion that can be cleared is dependent on the kind of distortion in the picture. Not all the distortions are fixed by software.

Next part will deal with image stabilization. How the quality of pictures taken will be fine by avoiding blurriness? The techniques used and precautions taken in taking quality pictures.

Digital Noise and ISO settings – Their Significance In Quality Of Photographs 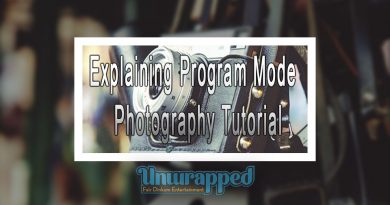 Depth Of Field – Know In-Depth About It For Quality Pictures