Cricketers Who Are Vegetarian 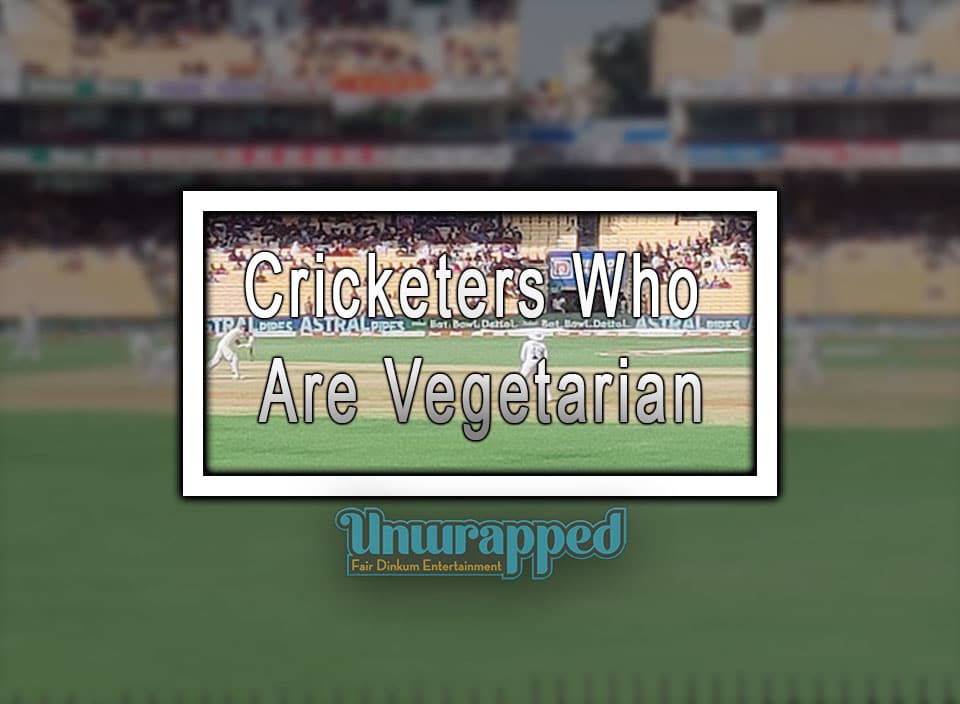 Top 12 Cricket Players Who Are Vegetarians

Athletes are known to be one of the fittest people in the world. They constantly spend their time at the gym, training their skills for their sport, and of course, always maintaining a strict diet.

In this article, we will be tackling athletes who are vegetarians, cricketers, to be specific.

First on the list is Australian cricketer, Peter Siddle, who is considered one of the most well-known vegetarian cricketers. Siddle had given up on eating meat back in 2012, his partner, Anna, a campaigner for animal rights, has convinced him to change his diet therefore he became a vegan.

Although his transition to becoming a vegan has sparked a controversy due to the slowing of his pace. A fun fact about Siddle is that he eats 20 bananas every single day! Quite weird isn’t it? Siddle had accumulated 221 wickets with a bowling average of 31.

Next on the list of vegan cricketers is Adam Zampa. He is the current spin bowler for the country Australia, and the Royal Challengers Bangalore. The vegan cricketer has players over 61 One Day Internationals or ODI and 41 T20s for Australia. He has also garnered about 92 and 43 wickets so far in the two formats of cricket matches.

Adam Zampa claims that improving his performance in the field is the reason for his transition to being vegan but it is because he wants to help to influence others to stop animal cruelty and to help the environment.

Holding third place on the podium, is Australian bowler, Jason Gillespie. Gillespie is the current coach and former bowler of the cricketing team in Australia. He used to love meat and the eat-outs during his cricketing tours, to be specific, it is the renowned South African biltong that he favors the most. However, due to the crisis of animal cruelty, he stopped eating meat and started his vegetarian journey back in 2014.

He was insulted and made the laughing stock because of his transition towards veganism but he shut down the haters. What encouraged him more about the vegan life is that he found out that the leather in the cricket balls is actually made from animals.

Also See: Top 10 Historical Moments In The NRL In Australia

Another Australian fast bowler, Kane Richardson, is also a top vegan cricketer. He was freshly recruited in the Royal Challengers Bangalore during the Indian Premier League 2021 (IPL) Auction.

He was a vegan since 2016. Another reason for the transition of this cricketer to becoming vegetarian was that he does not want to hurt animals just so he could have something to eat. This change of mind happened during a visit to a farm. He mentioned that Virat Kohli, the fittest cricketer in the world, has influenced him in maintaining his vegan diet.

The first female cricketer in this list who is a cricketer is, Mady Villiers. Villiers is still a fresh cricketer who got to participate in an international cricket match. She has played 12 T20s for her team, England Women. In her game in the international match, she has accumulated 11 wickets with a bowling average of 16.72 and with an economy rate of 6.57.

Mady Villiers is still quite new with being a vegetarian since she only started back in 2019. The reason for her transition to being a vegan is that she wanted to improve her cricketing skills better and so she thinks giving up meat would be the key to it.

Fittest cricketer in the whole world, Virat Kohli is next on the list as one of the cricketers who are vegetarian. I mean, it is pretty much expected that this Indian cricketer would be on this list, he is, after all, the fittest known cricketer. He started with a protein-rich diet back in 2014 along with extensive training in the gym then gradually gave up on consuming meat.

Poor Virat Kohli has to sacrifice his love for buttered chicken but he is now a full-fledged vegetarian and his source of energy is vegan food. Without meat, he is still as energetic in the field and off as ever.

The star of India’s Test team, the star seam pacer, Ishant Sharma, was a chicken expert but gave it up for being a vegetarian. However, due to some circumstances, he must follow a strict regimen and that is to eat a meat-free diet then his diet of becoming a vegetarian has begun from then onwards.

A former cricketer back in the 1970s was also a vegan and his name is Greg Chappell. He was the captain for the Australian cricket team from 1975-1977 and went back again during 1979 up until his retirement back in 1984. He was known to be the leading batsman back of his time, with over 87 Test matches played, batting with an average of 53.86, recording 24 centuries.

The Indian cricketer, Cheteshwar Pujara, holds the title of the ace of the Indian Test team. He specializes in tiring down bowling attacks and then does the runs in the field. he contributed to India’s repeated wins during the matches in Australia. All his achievements are credited to his strict diet. The Indian cricketer is extremely picky about his diet. He avoids spicy food and he is a pure vegetarian.

Shikar Dawan is another Indian cricketer, the cricketer who is always jolly in the field. He only started his vegetarian lifestyle back in 2018 for he claimed that not having a non-meat diet actually brings negativity in his life and he wanted to take that away from his life. I mean, who wants to have negativity in life while facing extreme battles in the fields? This is why he started shifting to the vegan life and has adapted to it since then.

Another Indian cricketer, Bhuvneshwar Kumar, is an underrated cricketer. he is an excellent bowler and if you have seen him on the field, you could clearly see that he lets his bowling in cricket do all the work. Kumar has the finest skills of a bowler, not just limited to his country, India, but his skills are global-level. He is the first and only Indian bowler to ever won a purple cap in the Indian Premier League twice!

Kumar, being a vegetarian, is very particular with what he consumes. He is a pure vegetarian and he refrains from eating meat but only fresh vegetables.

Last on this list is Ravichandran Ashwin, another Indian cricketer. Ashwin is known to be a legend in the Indian cricketing team. All throughout his career as a cricketer, he has gained more than 400 wickets in Test matches. He is also known as the best spinner in the world in red-ball cricket. He was also known as the wicket-taker who gained the highest number of wickets in WTC. He singlehandedly made sure that his country, India, remained in the finals in WTC. He bowls in long spells in every Test match in cricket to make sure that the opposing team would not beat them. This move takes a toll mostly on his fingers and of course, his whole body. But according to Ravichandran Ashwin, it is all thanks to his strict vegetarian diet, he is always on top of his game in cricket.