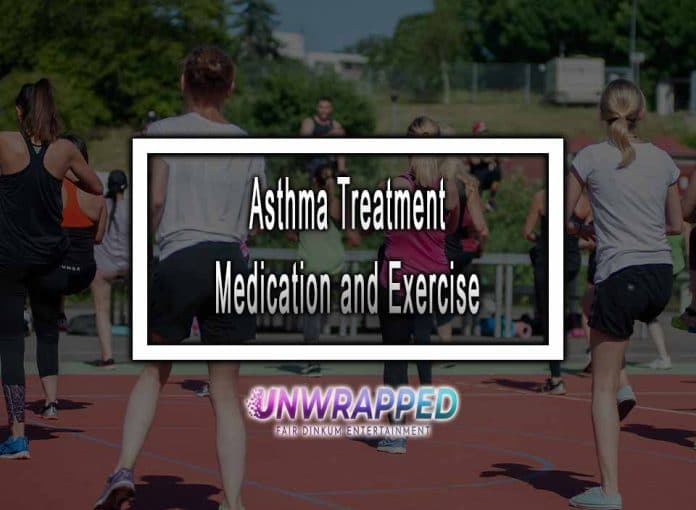 What Happens During An Asthma Attack

It is debatable whether or not asthma can be treated. You can, however, continue to be productive even if you have asthma. Treatment with medication that is properly regulated and a healthy lifestyle may assist in bringing the symptoms under control.

Bronchial asthma (bronchial asthma) is a general word that refers to a variety of chronic inflammatory illnesses of the airways that affect the lungs. People who suffer from asthma respond to specific environmental stimuli by restricting the bronchial tubes and airways. This results in whistling sounds while breathing, a dry cough, and episodes of shortness of breath, among other symptoms. The intensity and frequency of asthma symptoms vary from person to person.

According to the triggers involved, allergic and non-allergic (intrinsic) bronchial asthma is classified as follows:

When you have an acute asthma attack, you experience abrupt shortness of breath, throat tightening, and difficulty breathing. Even though persons suffering from asthma are familiar with the sensation, they may nevertheless be terrified of suffocating. So it’s critical to maintain your composure.

The person should begin inhaling their rescue medicine as soon as possible. It is preferable to use learning postures and breathing exercises to assist with breathing.

Immediately call for an ambulance if there is no improvement after taking these precautions.

The medications used to treat asthma may be classified into two categories.

The long-term drugs, which are often referred to as “controllers,” are designed to operate as a preventative measure. In terms of long-term effectiveness, glucocorticoids are among the best options. They work by decreasing inflammation in the bronchi and are best taken inhalational to ensure that the dosage enters the airways directly and efficiently.

In the case of an acute asthma attack, there is a medicine available to relieve the symptoms. They are sometimes referred to as “relievers.” You aim to dilate the bronchi as rapidly as possible, enabling air to flow through them once again.

Asthma medications are available in a variety of forms. Groupings of active substances are used to categorize the components.

Exercises to gain control of asthma

This exercise, which is the foundation of all breathing exercises, is especially useful in the event of acute shortness of breath or stress. The breath is inhaled via the nose and expelled slowly and deliberately through the pursed, slightly open mouth (against the pursed lips). As explained above, the air is expelled in “sss” or “pff” noises. The airways stay open, the lungs are emptied, and fresh, oxygen-rich air may be inhaled using this procedure.

Take a chair and sit erect on the front half of the seat for the workout. Then you begin to crumble. The forearms are resting on the thighs, and the hands are casually hanging down. The back is shaped like a cat’s hump, which means it’s somewhat rounded and not cramped. The weight of the shoulders is lifted off the chest. In these positions, the muscles that ordinarily bring the arms close to the torso may also assist expand the chest. You will be able to breathe more freely as a result of this.

Exercise 3: Variant of the coachman’s seat

As an alternative, you may lay your head on a table. The hands are on the thighs in this exercise and on the table, supporting the head. Inhale and exhale via your pursed lips.

Must See: 3-Day Sweet Potato Diet: Cooked Or Raw, This Low-Calorie High-Fiber Vegetable Is Sure To Fast-Track Your Weight Loss