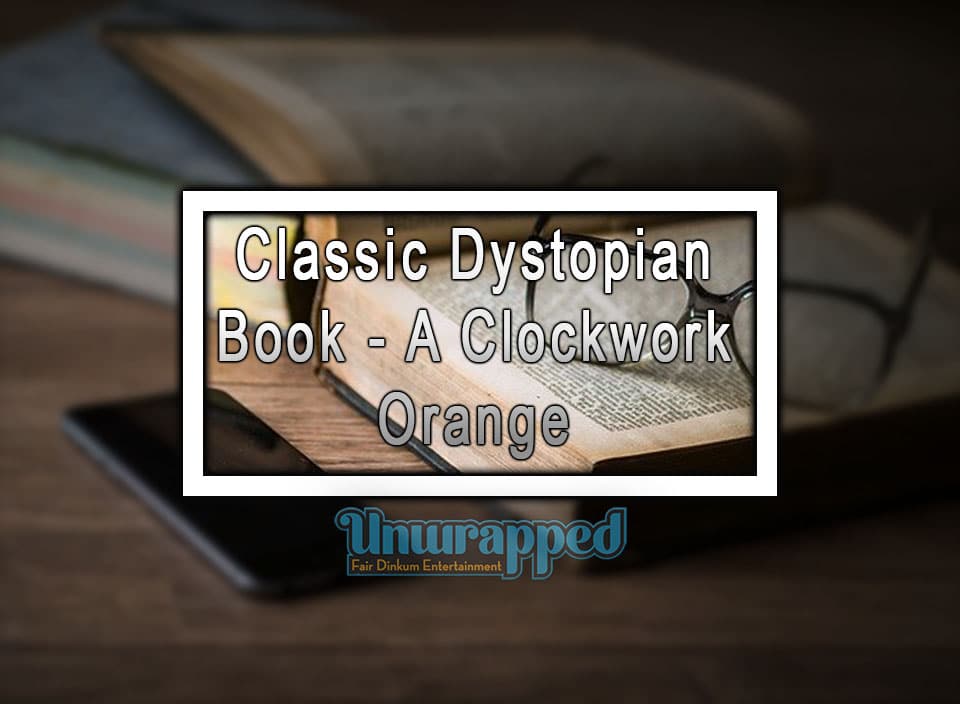 The classic dystopian book, A Clockwork Orange was written in 1962 by Anthony Burgess. While Stanley Kubrick’s 1971 cinematic adaptation was brilliant nothing beats the dystopian polemic intention which Burgess said should point out the vital essentiality of the power of choice.
A Clockwork Orange is maybe the last century’s most unsettling dystopian novels that depict a chaotic future England. The future is filled with tremendous criminal violence and criminality and the government solution is unnerving. Alex is the teenage protagonist who narrates his experiences and viciously violent exploits and describes how government authorities attempt to reform him.\This post contains some affiliate links. If you click through and make a purchase, I’ll earn a commission, at no additional cost to you.

Alex is a fifteen-year-old that lives in a near-future dystopian neighbourhood with a gang of droogs. The ultra-violent gang goes along with everything their violent leader Alex says. He is well-characterised as a hardened juvenile delinquent and a sociopath but at the same time he is quick-witted, is intelligent and likes classical music.
The story starts with the gang drinking the drug-laced milk in their favourite hangout in preparation for their night of mayhem laying ahead. They do everything from robbing a store and leaving the store owner and his wife unconscious and bloodied to assaulting a schoolboy, beating up a beggar, take a joyride in a stolen car, scuffle with rival gangs, breaking into a cottage, rape the wife and beat up the husband, all in a day’s work.
His destructive behaviour continues with his gang in graphic detail throughout the novel until he kills a wealthy elderly woman and serves 14 years in prison. After he obtained a job in a prison chapel two years into his term, the chaplain mistakes his devotion to faith but in fact the violent passages are what interests Alex.

What is Free Will

When he beats a cellmate to death, he has to undergo the Ludovico Technique, which is a government experimental behavioural modification therapy. While prison chaplains accuse the government of stripping people of free will, it appears that the therapy does work.
It is a highly recommended dystopian classic that will always provoke and startle the reader and no film adaptation will ever be able to touch the original brilliance of Anthony Burgess.