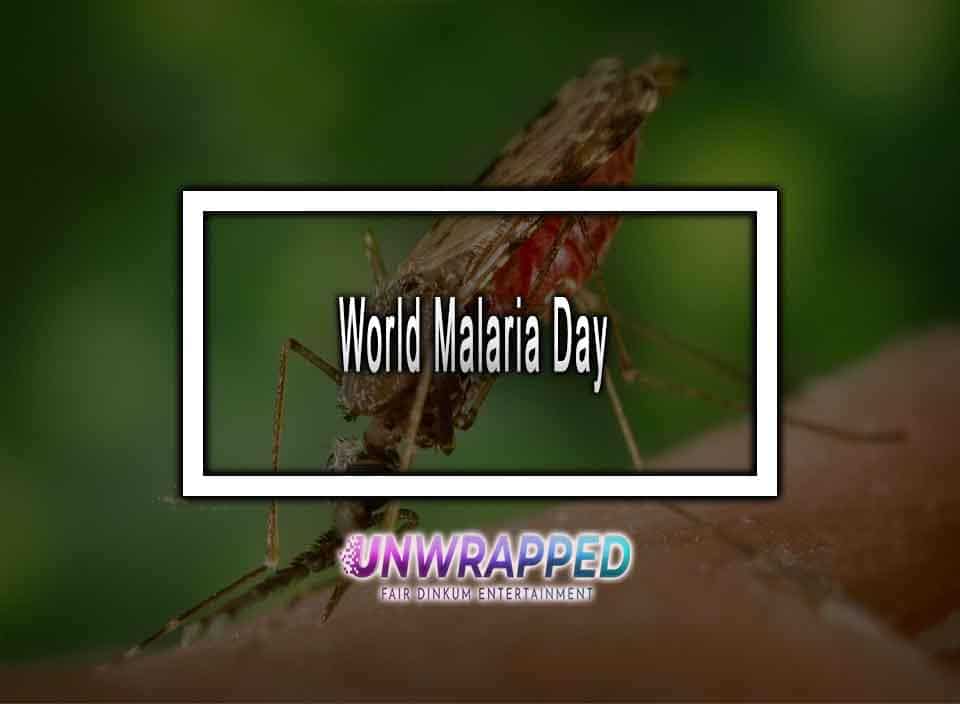 25th April is celebrated as World Malaria Day worldwide. It is an internationally recognized day and highlights global efforts to combat malaria and celebrates accomplishments. It’s also a day to acknowledge the significant strides made to control the disease and assist individuals impacted. Malaria is a deadly tropical illness caused by mosquitoes. The condition is preventable and treatable, but it can be harmful if not treated promptly. The disease is characterized by severe flu-like symptoms such as high fevers, vomiting, and muscular discomfort. If left untreated, this can swiftly progress to potentially fatal illnesses such as organ failure. Anyone can die from the disease, but children and pregnant women are most vulnerable.

Since 2000, the world has achieved unprecedented strides in the fight against malaria, saving millions of lives. Unfortunately, however, half of the globe is still in danger from this avoidable, curable disease, which claims a child’s life every two minutes. On Future Malaria Day, we celebrate victories in the battle against malaria, emphasize our collective duty to eradicate malaria within a generation, and call on leaders to step up the fight and bring us closer to a malaria-free world. We’ve achieved enormous strides in the malaria fight over the last two decades, saving more than 7 million lives and averting over 1 billion malaria cases.

The World Health Organization is putting malaria prevention at the heart of this event to lower the sizeable global death toll of 400,000 people caused by malaria each year. Efforts to raise awareness about malaria prevention have helped reduce the death toll, mainly via pesticides and mosquito nets, as mosquitos are the most prevalent carriers and spreaders. The ongoing preventative drive proves effective and saves lives, but there is still a long way.

Do you know? World Malaria Day is derived from Africa Malaria Day, which has been honoured by African countries since 2001. Authorities used the occasion to examine progress toward targets aimed at controlling malaria and lowering its mortality in African countries. The Africa Malaria Day was changed to world malaria day in 2007 at the 60th World Health Assembly session. It was done to recognize the presence of malaria in countries & raise awareness regarding the disease worldwide.

World Malaria Day gives health organizations and scientists a chance to share information about the illness and current research activities with the general public. It is done through public educational programs, charitable events, and other community activities. World Malaria Day, ongoing awareness and preventive efforts, and advocating for more government support are critical to eradicating the illness and preventing fatalities. Government investment and attention are crucial for the ongoing fight against malaria and associated mortality.

Malaria exists in over 100 countries globally, and the illness kills over 900,000 people each year. On the other hand, malaria is avoidable with medications and preventive measures such as insecticide-treated bed nets and indoor pesticide spraying. On the first Globe Malaria Day, UN Secretary-General Ban Ki-moon underlined the need to increase the availability of bed nets, medications, public health facilities, and trained health professionals to people in malaria-affected areas throughout the world. In addition, the ban criticized global initiative programs such as the Bill & Melinda Gates Foundation, the Roll Back Malaria Partnership, and the Global Fund for AIDS, Tuberculosis, and Malaria.

Ban’s appeal to action inspired the creation of the Global Malaria Action Plan (GMAP), an ambitious united approach to reducing malaria’s global prevalence. Control, elimination, and research are the three components of this technique. The development of novel medications and preventative strategies is critical to efforts at first controlling and then eradicating malaria in high-risk regions.

The plan’s long-term objective was to eliminate the illness globally by 2015. However, progress toward this target has slowed dramatically due to insufficient finance and health care, particularly in hard-to-reach communities, which had the most significant proportion of cases. Nevertheless, by 2019, infection rates in areas with the highest malaria burden had primarily remained stable, and a study of worldwide malaria incidence trends predicted that eradication may be accomplished by 2050.

What is the Global Malaria Action Plan?

Global Malaria Action Plan is a strategy to reduce malaria worldwide. The three main elements of the GMAP is to control, eliminate, and research.