What to Expect When Dating a Man With ADHD? 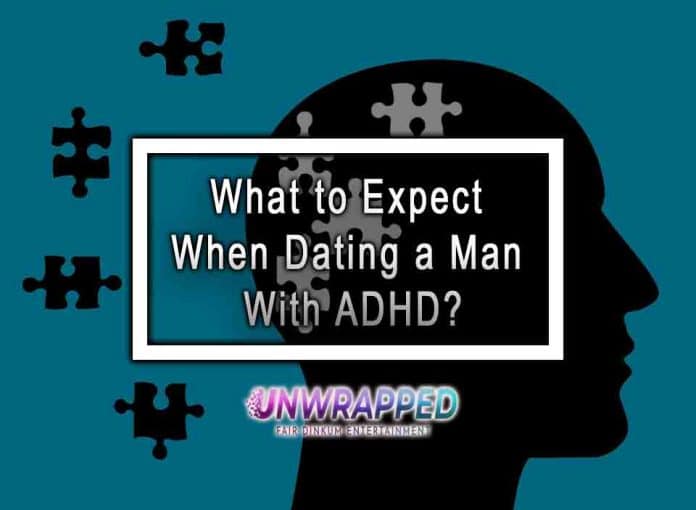 ADHD is a mental disorder that is characterized by impulsivity, hyperactivity, and inattention. It is estimated to affect up to 8% of the population, and it is more common in males than in females. Those with ADHD may have difficulty with time management, organization, and completing tasks. They may also be impulsive and have difficulty controlling their emotions.

We all know that relationships can be tricky, but dating a man with ADHD may give you a few more challenges than others. It’s important to remember that if you are dating someone with ADHD, they are still a human being who deserves love and respect. While your first instinct might be to think of his ADHD as the reason for his behavior, try not to focus on it too much. Instead, learn about the disorder and how it could be affecting your partner’s decisions.

Click For More: What Happens if You Take Ritalin Without ADHD?

Dating men with ADHD can be challenging. Here are some things to consider:

He May Be Easily Distracted

If your partner has ADHD, you might find that he is easily distracted and doesn’t seem to hear what you are saying. It’s not that he isn’t interested in what you’re saying; it’s just that other things catch his attention and he gets caught up in them. He could also have trouble remembering what was said or done even if it happened just moments ago.

This can be frustrating and hurtful at times, but try to remember that this is part of the condition and it’s not personal. Your partner cannot help this problem and may not even realize how distracting his behavior is for others. The best thing for both of you is to accept that this happens sometimes, work around it as much as possible by keeping conversations short or only having them when there aren’t any distractions around like children, and make sure everyone knows what they should be doing so there aren’t misunderstandings between people who have ADHD symptoms compared with those who don’t have them

He May Have Difficulty Focusing on One Task at A Time

You may notice that your boyfriend has trouble focusing on one task at a time. He may be easily distracted, and this can make it hard for him to finish projects or follow through with plans. If you are working on something together, he may struggle with keeping his attention on the task at hand rather than getting distracted by something else. This can be very frustrating and cause conflicts between you two if it happens often enough that it becomes an issue in your relationship.

He May Be Hyperactive

If you are dating a man with ADHD, it’s important to understand that he may be hyperactive. Not only does this mean that he might stay up late and get up early, but it also means he’s always doing something. He is not just talking he is talking all the time. He can’t sit still; he moves around constantly, even when he’s sitting down. He will never stop moving unless you make him do so by force or by saying “no.”

As such, if you want your relationship with him to last long term, then you’ll need to give yourself some space when dating someone who has ADHD because they tend not only to keep busy but also like having a lot of fun while they’re at it too

He May Be Impulsive

Impulsive behavior is a common symptom of ADHD. Impulsivity can lead to problems at work, in relationships and with friends, financial problems, legal issues and even health problems.

People with ADHD tend to make rash decisions without thinking through the consequences. They might jump into things without much planning or forethought which they regret later on. For example, they might make impulsive purchases that they cannot afford or say something hurtful because they didn’t think before they spoke out loud.

Impulsivity can also be seen as reckless actions that may have destructive consequences such as driving too fast or cycling without a helmet when there are other people around him/her who could get hurt if something goes wrong elderly pedestrians for example. Other examples include: overspending money; getting angry too quickly which leads to arguments with loved ones; eating unhealthy foods instead of making healthy choices like fruits and vegetables this is especially true for children; drinking alcohol excessively despite knowing it has an adverse effect on their health such as liver damage etc.

He May Have Difficulty Controlling His Emotions

While ADHD does not affect a person’s intellect, it can cause emotional problems. These can include anger issues, depression, low self-esteem and trouble controlling one’s temper. People with ADHD are often more impulsive than others, which can have serious consequences if they do not know how to manage their emotions appropriately. They may also have difficulty forming meaningful relationships due to a lack of social skills or trouble communicating what they want in a relationship or even who they are.

Although he might be emotionally immature now, your partner has the potential for growth if you provide him with unconditional love and support as he learns how to manage his emotions more effectively over time. This can help ensure that his behavior will improve with age instead of worsen as he grows up into an adult man who struggles with ADHD symptoms on a regular basis.

Don’t expect him to be perfect. If your boyfriend regularly forgets appointments or spends hours looking for his keys when he loses them, don’t take it personally. In fact, many people with ADHD have managed to overcome their behavioral issues by developing systems that help them stay organized and focused on tasks at hand.

5 Tips to Help You

Be Prepared to Be Patient

If you’re used to getting things done your way, learning how to work with a partner who has ADHD can be frustrating at times. Accept that it may take some time for your relationship to develop and find ways to help each other out in the meantime.

It takes time for people with ADHD to learn how their disorder affects them and how they can adjust their behavior in order to feel better about themselves and make their relationships last longer.

Try Not to Take Anything Personally

When dealing with a partner’s ADHD symptoms because it’s not always about you. Learning how to cope will help you better understand what your partner needs from you and why they behave the way they do   even if it seems like they’re being impulsive or acting out of frustration at home or at work due to their ADHD symptoms.

Be Open Minded About Medication

Although medications work well for some individuals with ADHD, there are others who don’t respond well to them at all or experience negative side effects such as weight gain or loss, mood swings, etc… Medication should only be used if absolutely necessary

Be understanding when he doesn’t follow through with plans or commitments, but don’t give up trying to get his attention and support when he does miss something important or do things differently than you expected them to be done like forgetting a date.

Read ON: Can Clinical Psychologists Diagnose?

Be patient. ADHD is a neurobiological disorder that can be difficult to diagnose, and many people misunderstand it. The first step in dating someone with ADHD is to educate yourself on what these conditions look like in real life. Don’t assume anything about your partner’s behavior just because they have been diagnosed with ADHD there are plenty of other factors at play.

Remember that this person has overcome a lot to get to where they are today: Don’t expect them to be perfect. If your date consistently forgets things you’ve talked about or cancels plans last minute, try not taking it personally although I’m sure you’ll find this frustrating. It’s important for those with ADHD not only to acknowledge their condition but also learn how best cope with its effects so as not let them hold them back from living their lives fully

If you’re dating a man with ADHD, don’t be afraid to make the first move. You may be able to improve your relationship by communicating openly and honestly. The key is finding a balance between what you can provide and how they can help you, while keeping in mind their limitations that are brought on by ADHD. Remember that communication is key, as is finding what works best for both of you.

If you are dating a man with ADHD, it might take you a while to examine what’s really going on. At first, everything may seem normal, but then you learn more about ADHD and realize that your partner is suffering from symptoms. This can make you worry about the future of your relationship, but fear not. There are many ways to cope with ADHD in a relationship. It won’t be easy at first, but I promise it will get better.

See This: What Is the Root Cause of ADHD?

How to Get Diagnosed With OCD?