What Is the Root Cause of ADHD? 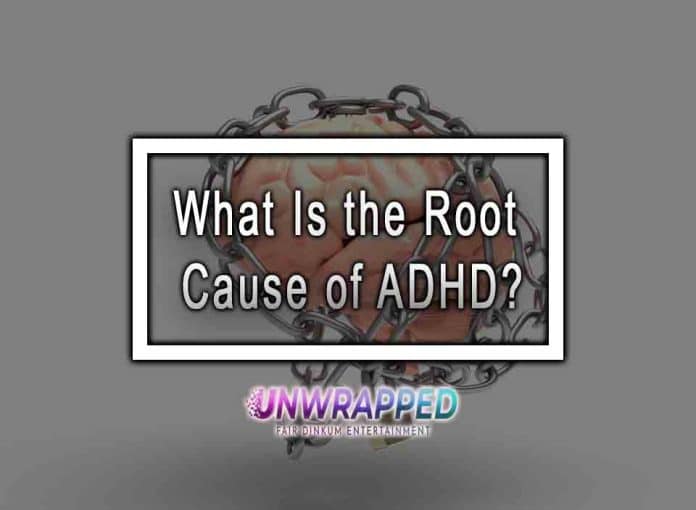 While there is no one root cause of ADHD, it is likely that it is caused by a combination of genetic and environmental factors. ADHD is a complex disorder, and more research is needed to better understand its causes. However, it is clear that ADHD can have a significant impact on a person’s life, and it is important to seek professional help if you or your child is experiencing symptoms.

There are several possible root causes of ADHD. In this article, we have discussed some of the most common theories. It is likely that ADHD is caused by a combination of genetic and environmental factors. However, more research is needed to better understand the exact causes of this complex disorder.

More Mental Health: What Do Sports Psychologists Do?

ADHD is a brain disorder that affects the way you think and act, as well as how you feel about yourself. It can make it difficult for you to focus and pay attention to details or instructions, get things done on time, or control your behavior and emotions. You might have problems staying organized, sitting still or paying attention at school or work, or find yourself losing your temper more than usual.

These symptoms aren’t due to lack of intelligence, will power or other psychological factors such as bad parenting they’re caused by differences in the way the brain works that are inherited from one’s parents, genetic.

What are the Symptoms of ADHD?

The symptoms of ADHD are varied; however, the following symptoms appears to be common in most ADHD cases:

This is the most common symptom and is often the reason why people with ADHD are diagnosed. People with ADHD may have trouble sustaining attention on tasks or activities, may appear to be easily distractible, and may be forgetful.

Hyperactivity, or the inability to stay still, is one of the first signs of ADHD. It can be managed with medication and behavioral therapy.

People with hyperactive symptoms tend to fidget and squirm in their seats while they are sitting still. They may also feel restless when they are expected to be inactive for any period of time. As a result, these people tend to be constantly on the move or pacing up and down in order to burn off their excess energy. These behaviors can cause problems for people with ADHD because others see them as being rude or disrespectful of other people’s personal space.

Impulsivity is a major symptom of ADHD. It’s defined as the inability to resist an urge or desire, and can lead to poor decisions, accidents, and other negative consequences.

Impulsivity is particularly common among young people with ADHD but it doesn’t have to be part of your child’s life forever. As you learn more about your child’s condition and treatment options through this site, you’ll have a better understanding of how best to help them manage their impulsivity and succeed in school and other activities.

As you might have guessed, the root cause of ADHD is not what we can see on the surface. While it does appear that those with ADHD have a hard time focusing or sitting still, this is only because there are underlying issues at play. Forgetfulness and disorganization are two common symptoms that have been linked to ADHD.

What Is the Root Cause Of ADHD?

There are a number of factors that can contribute to ADHD. Genetics, brain development, and environment all play a role in the disorder. Genetics can be passed down from one or both parents. Brain development happens throughout childhood and adolescence, so environmental factors like diet and parenting may impact its course.

Incorrectly believing that an individual’s actions cause ADHD has led some people to place blame on their parents’ poor parenting skills or their poor nutrition habits as the cause of their child’s disorder. Neither of these things actually leads to ADHD. However, they do have an effect on how well you manage your symptoms once acquired by another condition such as learning disabilities which can cause problems with attention span too.

The first and most obvious cause of ADHD is hormone imbalance. Hormones are chemicals that control the body’s functions, including brain activity. Hormone imbalances can have a variety of effects on the body, causing various symptoms such as poor concentration or mood swings. If you have ADHD, your hormones may be out of balance and this could be causing your symptoms.

Hormone imbalance can be caused by stress, diet and lifestyle factors such as lack of exercise, medications, or medical conditions such as diabetes or thyroid imbalance. In some cases, it is possible to treat the underlying cause with medication or other treatments for example by losing weight. However, if this does not help then therapy may be recommended instead so that you can learn strategies for coping with your condition while waiting for it to improve naturally over time.

The environment can play a role in ADHD. Certain chemicals, infections, and other factors may trigger or exacerbate the disorder.

About 75% of people with ADHD have at least one family member with the disorder. Many researchers think this is due to genetics, because the risk of ADHD increases when a parent or sibling has the condition.

If you have ADHD, you have a 25% chance of passing it on to your child if they inherit some or all of your genes that make you more likely to have ADHD. Some children born into families where there are no other children who have been diagnosed with ADHD also develop symptoms later in life suggesting that environmental factors play a role too.

Smoking, Alcohol Use, And Drug Use During Pregnancy

Smoking, alcohol use, and drug use during pregnancy can cause many health problems for your baby. These include:

This is because smoking, alcohol use, and drug use during pregnancy can reduce the amount of oxygen in the womb. This means that your baby has less energy to grow properly.

Brain trauma and injuries can cause ADHD. For example, children who are mistreated by their parents or siblings have a higher risk of developing ADHD later in life.

Also, car accidents can result in brain injury that may lead to the onset of symptoms associated with ADHD. Brain injuries can include concussions and other traumatic brain injuries (TBIs).

Who Can Get ADHD?

ADHD can be treated, and symptoms can be managed with a combination of educational and behavioral interventions, medication and therapy.

How to Treat and Manage ADHD

The most important treatment for ADHD is medication. Medication is a crucial part of managing the symptoms of ADHD, but it’s not the only option. Psychotherapy, a form of talk therapy, behavioral therapy, and teaching children the skills they need to manage their condition can also be helpful.

A doctor may prescribe medication for your child if he or she has been diagnosed with ADHD. The doctor will work with you to determine which type of medicine is best for your child based on their needs and any other medical conditions they might have. The most common types of medication used include stimulants and nonstimulants.

Natural remedies that have been shown effective in treating certain symptoms associated with ADHD such as stress reduction techniques like meditation or guided imagery exercises where patients focus on positive thoughts in order to relax themselves during stressful situations.

We hope this blog has helped to shed some light on the root cause of ADHD. If you or someone you know is struggling with ADHD, please reach out to a qualified mental health professional for help.

Mental Health: What It Is And How To Keep It In...

Tips To Feel Confident When You Start Dating Again