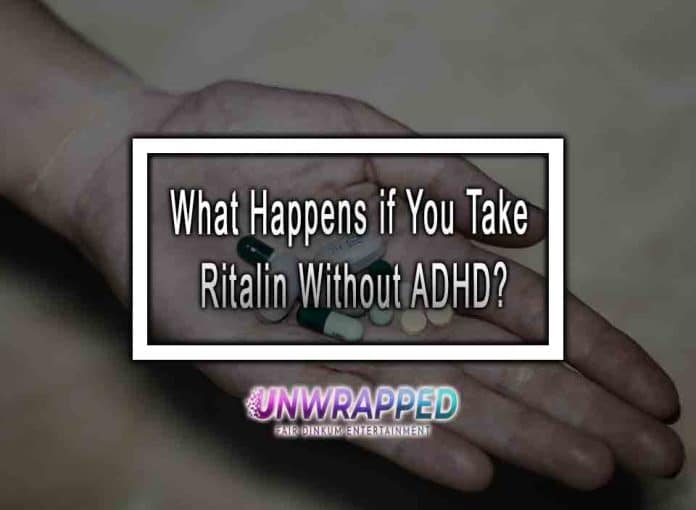 Ritalin is a stimulant that, in, most countries it is used to treat attention deficit hyperactivity disorder (ADHD). The drug was first approved by the U.S. Food and Drug Administration (FDA) in 1955 to treat narcolepsy, a sleep disorder that causes daytime drowsiness and sudden attacks of sleep. While Ritalin has since been used in the treatment of ADHD, its effectiveness for treating this condition is still controversial. Even though some people may view Ritalin as a harmless study aid or performance booster, taking it without a prescription can have serious health consequences.

In addition to causing a variety of physical side effects, using Ritalin without medical supervision may lead to dependence on the drug or addiction to other substances such as alcohol or heroin.

Don’t Miss: What Causes OCD to Flare Up?

Ritalin is a stimulant drug used to treat attention deficit hyperactivity disorder (ADHD). It’s a brand name drug, but also sold under the names Methylene and Concerta. Ritalin is used to treat ADHD by increasing dopamine levels in the brain. Dopamine is a neurotransmitter a chemical that helps nerve cells communicate that plays an important role in regulating movement and motivation. It’s believed that people with ADHD have low levels of dopamine in their brains, which causes their symptoms.

Ritalin works by temporarily blocking reuptake of dopamine from the synapses between neurons nerve cell connections. As such, more dopamine remains available for use as it travels through your body’s nervous system. This can increase alertness, improve concentration and decrease fidgety behavior associated with ADHD.

Why Ritalin Used in ADHD?

Ritalin is a drug used to treat attention deficit hyperactivity disorder (ADHD). It is thought to help children who have symptoms of ADHD, such as the inability to pay attention, hyperactivity or impulsivity.

Ritalin is a Central Nervous System (CNS) stimulant commonly used to treat ADHD. It works by increasing the levels of certain neurotransmitters substances that act as chemical messengers between nerve cells in the brain and in doing so, increases brain activity. Ritalin is considered to be a psychostimulant because it affects the central nervous system, just like cocaine or amphetamine.

If you are taking Ritalin without ADHD, there is a possibility that it could be addictive. Some users report becoming dependent on the drug after using it for a few days or weeks. The most common sign of addiction is taking more than prescribed by your doctor and using it when you don’t need to. If you take Ritalin without ADHD, you may experience side effects like:

You May Become Dependent on The Drug

Dependency and addiction are both serious concerns that can arise when you take Ritalin without ADHD. If your doctor has prescribed Ritalin for you, they will be monitoring your use to ensure that it’s helping you manage symptoms of ADHD.

Dependency occurs when a person becomes physically dependent on a drug or substance. They may experience withdrawal symptoms if they stop taking the medication suddenly, including headaches, nausea and vomiting.

Addiction occurs when someone develops an intense psychological need for a drug and continues to abuse it despite significant negative consequences in their life related to this behavior e.g., financial problems. To qualify as an addiction, this behavioral pattern must persist for at least one year without any treatment or intervention from other parties such as family members.

Check This: What Do Counseling Psychologists Do?

You May Have Trouble Sleeping

Insomnia and sleep apnea. Ritalin can cause problems with your sleep cycle, including insomnia, an inability to fall asleep, frequent waking during the night or early morning awakenings. Nightmares. In some cases, Ritalin use has been linked to nightmares that occur in a person’s subconscious mind while they are sleeping. These dreams are often disturbing and emotionally charged in nature.

Daytime drowsiness and fatigue. The stimulant effect of this medication can make it difficult for you to stay awake when you need to be alert for example, at work, which may lead to accidents on the job or elsewhere if this side effect goes untreated.

Depression and anxiety: If you experience depressive symptoms after taking this drug for several days including feelings of sadness or worthlessness or if these feelings worsen when you stop taking Ritalin®, talk with your doctor right away because these symptoms could indicate an underlying condition like bipolar disorder.

You May Experience Anxiety or Agitation

If you take Ritalin without ADHD, you may experience anxiety or agitation. This is because Ritalin is a stimulant and can cause these symptoms. Anxiety can be dangerous in its own right, but it’s even more so if it comes on suddenly and unexpectedly. Agitation is when your body becomes restless and hyperactive. You might notice that your heart starts racing or that you’re sweating profusely as a result of this feeling of restlessness in your body.

Both anxiety and agitation are side effects of taking Ritalin without having been diagnosed with ADHD.

You May Feel Dizzy, Lightheaded, Or Faint

Ritalin is a stimulant medication that can cause problems with blood pressure and heart rate if you take it in large doses, or if you are elderly or have heart disease. It’s also been linked to seizures and stroke. If you have any of these conditions, talk to your doctor before taking Ritalin:

history of seizures, stroke, high blood pressure, heart problems If you take Ritalin while having a seizure, stop taking the drug immediately and call 911 for emergency help.

Your Blood Pressure or Heart Rate May Rise

You might experience hallucinations or delusions if you take higher doses of Ritalin. If this does happen, it’s important to get medical attention immediately. These symptoms are more likely to occur if you take Ritalin with other medications.

The risks of using Ritalin with ADHD are that you might hallucinate or have delusions. These are signs of stimulant psychosis.  The risk of experiencing stimulant psychosis is lower in children with ADHD who are taking a low dose of medication than in those taking higher doses or those who have never been treated for ADHD.

Stimulant psychosis can be lessened by taking the medication at the same time each day, avoiding large doses of the drug, and avoiding mixing different types of stimulants together such as mixing Ritalin with amphetamines.

Ritalin Can Be Dangerous If Taken Inappropriately

Ritalin is a drug prescribed to treat ADHD and narcolepsy. It’s also frequently used as a study aid and performance enhancer. Ritalin is not a harmless substance, however it’s actually a stimulant drug that can result in serious side effects if taken inappropriately.

Ritalin is usually taken orally, but it can also be snorted or injected intravenously by people who use the substance recreationally or experimentally although this practice is not recommended. The most common route of administration for Ritalin is oral ingestion; however, because it’s an amphetamine-based medication similar to Adderall, another Schedule II controlled substance, additional risks are associated with taking these drugs at high doses.

Tics are a common side effect of stimulant medications. Tics are sudden, repetitive movements that can be very distracting and mildly annoying for the person experiencing them. The most common tic is a blinking or eye movement called blinks per minute (BPM).

Tics are involuntary, repetitive movements or sounds that occur in a pattern. Tics can be mild, such as blinking or clearing your throat, or they can be severe, such as head jerking or grimacing.

Tics are often confused with interruptions of the normal flow of speech because they may affect speech patterns and increase stuttering in some affected individuals. These tics typically involve certain sounds or syllables that repeat until the person is able to stop himself from repeating them.

Mood swings are a common side effect of Ritalin, but they can also be signs of abuse or dependence on the drug. If you notice that your mood has suddenly shifted, it’s best to consult your doctor about what might be going on. Mood swings may also occur during withdrawal from Ritalin as well as other drugs used to treat ADHD.

Ritalin is a stimulant that can cause nervousness, anxiety, and restlessness. Some people may become more agitated or agitated by the drug rather than calm. The drug may also cause irritability and impatience in some people. This can be increased when taken with other stimulants, such as amphetamines.

See This: Mental Health vs. Behavioral Health: How Are They Similar and Different?

In conclusion, Ritalin is an effective ADHD medication that can greatly improve symptoms in children and adults with the condition. It has some potential side effects, such as weight loss, difficulty sleeping and stomach pain. The drug should be used under medical supervision because it’s not suitable for everyone, including those with heart problems or a history of mental illness.

More Mental Health: What Do Sports Psychologists Do?

How to Take Care of Mental Health in College?

Mass Psychosis: What You Need To Know