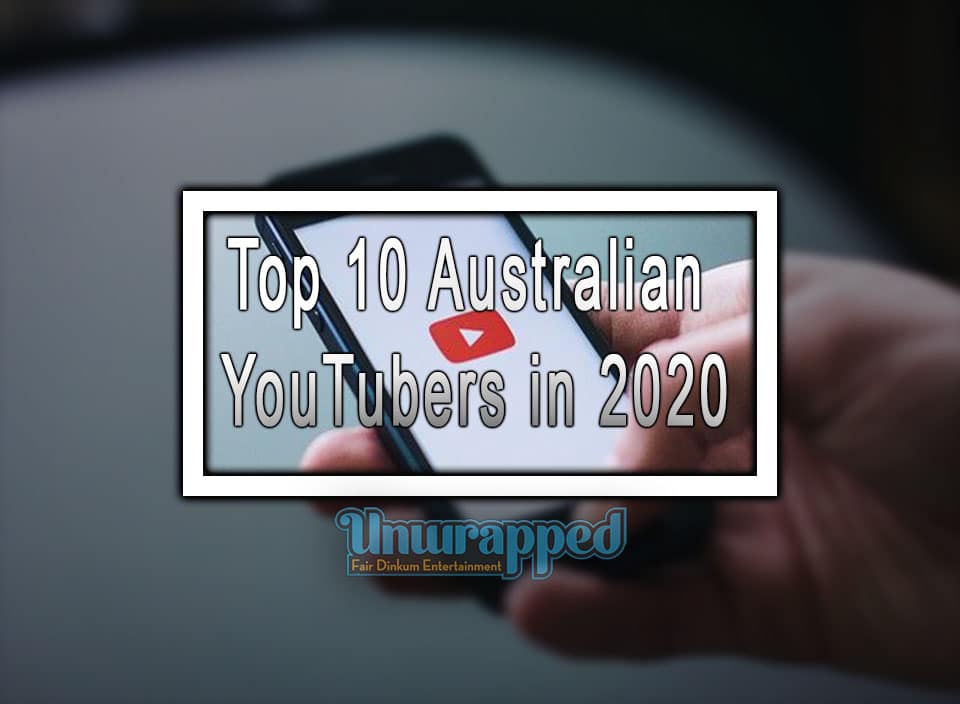 With the innovation in technology and the world shrinking into a global village, there are many new advancements. Among these are the social media including Facebook, WhatsApp, Twitter, Instagram, and Youtube. While scrolling on YouTube there are a number of channels and YouTubers which are meant to increase our knowledge and provide information about different things. From comedians to gamers and children’s channels, everything can be found on YouTube. In this aspect, we will introduce you to the top 10 YouTubers of 2020 in Australia. These include individual YouTubers as well as YouTUbe channels.

LazarBeam is an Australian YouTube channel run by Lannan Eacott. The YouTuber was born in 1994. He is a known gamer and has achieved such high following due to madden challenge videos and is among the YouTubers of 2020 in Australia. Among his most watched videos on YouTube are the ones which feature tiny, talentless created players.

He has also made and uploaded videos on Happy Wheels, GTA V with mods, and BeamNG. Up till now, the Australian YouTuber has more than 10.8 million subscribers and has uploaded 1091 videos on his YouTube channel. See online

Wengie, a YouTube channel being run by Wen Jie Huang. Wen Jie is known to be a Chinese Australian YouTuber. Born in 1986, Wengie is a vlogger, singer as well as a voice actress. She has more than 13.7 million subscribers and has uploaded around 250 videos. She is among the most popular YouTuber in Australia. Her channel comes among the most subscribed How to and style YouTube channel of Australia. She initiated her channel in 2013 and her videos feature beauty, fashion and DIY tips. Prank and slime videos are some other features of her YouTUbe uploads. In 2017, Wengie was awarded the Best channel in Australian Online Video Awards.

Aussies love for music and comedy is best described in SketchShe. This cheeky sketch YouTube channel is run by three Australian women, Shae-Lee, Lana and Madison. The trio of women first got famous due to their sketch of Bohemian Carsody. After that Mime Through Time was released in which they employed quick costume changes for a re-enactment of hit songs of 70 years. The interesting thing is while these song re-enactments, the ladies keep on sitting in their car and perform. The channel has more than 1 million subscribers and has uploaded 101 videos till now. The trio has also been interviewed by Ellen in which they told that they use the minimum possible amount for making videos like they tape their iPhone in bra and keep it on the dashboard of the car.

How To video content is very famous on YouTube. One of such How To channels is run by an Australian YouTuber Christopher Smith. HowToBasic is a YouTube channel which uploads misleading instructional videos for literally everything. The YouTuber has gained a subscription of more than 13.4 million people. He has uploaded around 500 videos till now on his channel. In his videos, he has been seen throwing and smashing eggs a lot. If you are looking forward to YouTube channels which provide entertainment and comedy, then you must subscribe HowToBasic.

Another famous Australian YouTube channel is Lachlan, named after the guy behind the channel, Lachlan Ross Power. He was born in 1995 and is an Australian gamer. He is famous for playing games and uploading videos including Minecraft and Fortnite related content. He has gotten more than 11.9 million subscribers and has uploaded more than 3200 videos. The YouTuber is also a creator of a very famous Pixelmon server known as Pokeballers. The Lachlan has been given different sorts of names from his fans. These names include JagBattleDuty, The Lachers, and Little Lachy. After the huge success of his first channel, he has also initiated a second channel of gaming known as Lachlan Playz, where he features Let’s Plays.

Muselk is a YouTube channel made by Elliott Watkins, whos was born in 1994. Elliott Watkins is an Australian YouTuber having more than 7.9 million subscribers. The channel Muselk has around 1500 gaming videos. Muselk features gaming videos for Team Fortress 2, Star Wars Battlefront, Overwatch, Fortnite and many more.

The Duo brothers Theo and Nathan Saddian are the owners of SuperWog on YouTube. Interestingly in this channel the brother’s duo upload videos while making fun of each other. The Australian YouTubers are appreciated due to their comedy since the time they initiated their careers by impersonating their parents. The brothers are raised by an Egyptian father and Greek-Egyptian mother. It all started with them making fun of the eccentrics of their mother and led into them poking fun of their own culture for entertaining the world. Their channel has more than 1.3 million subscribers.

Ethan Marrell is a Perth based comedian, who is the person behind Ozzy Man Reviews. This YouTube channel gives you an authentic perspective on the current affairs of Australia. He uses comedy to give his point of view. He is also famous for the Aussie slang he usually uses in his videos. Ozzy Man Reviews is famous for satirical comedies and parodies of personalities. He has more than 3.3 million subscribers on YouTube and has uploaded up to 450 videos. He reviews almost everything happening in the world especially in Australia. His reviews are a cool breeze in our stressful life.

If you want to learn drawing with all its basics, then you should really subscribe to Draw With Jazza. Made by Josiah Brooks, who is an illustrator by profession, this YouTube channel is an ever-growing channel with its more than 4.3 million subscribers. Josiah Brooks upload drawing tutorials and videos on his channel. His channel also features speed paintings, streams, competitions and much more. Up till now he has uploaded around 1000 useful videos for users.

Georgia Production is named after its owner, Georgia, who is a young YouTube personality. She uses this channel to publish comedy vlogs and question and answer videos. Started in 2013, this Australian YouTuber has now up to 590 thousand subscribers. By mid-2019, she has uploaded up to 139 videos.

In this world of innovation, many YouTubers are striving to give their users information and life-saving tactics. While uploading videos to YouTube, they are not only benefiting themselves, but also benefit the world. 2020 is expected to bring many YouTubers on the face of social media. Among these, the best will win the game and keep on benefitting.

Who has the most followers in Australia?

Also See : How-to Guide for Book Marketing and Promotion for Self-Published Authors in 2020