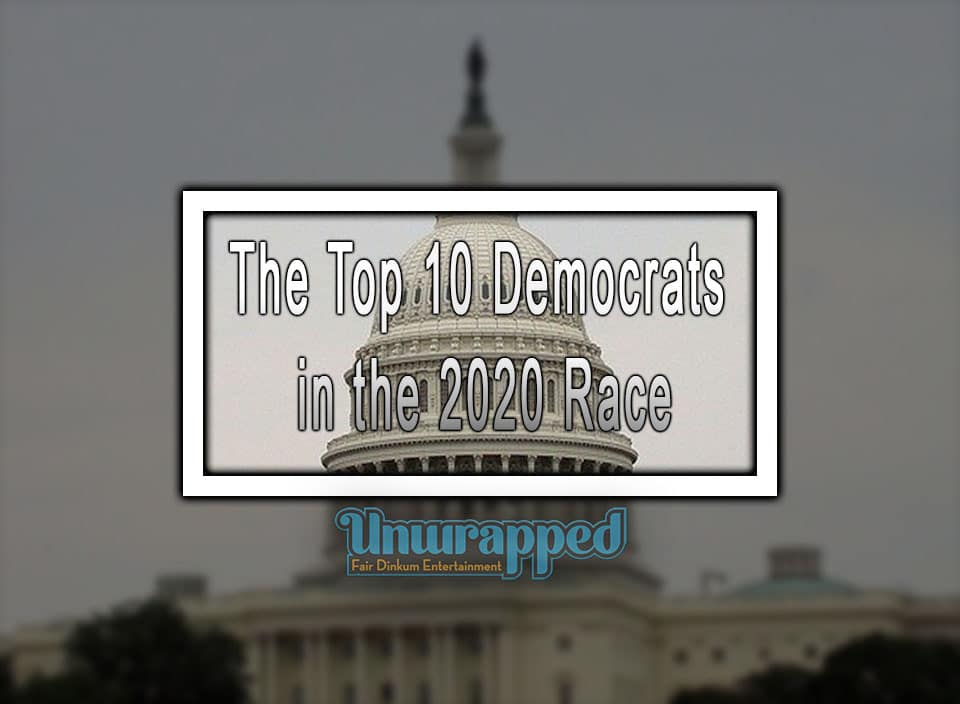 The American presidential race always provides some interesting insight and information regarding humanity. The diverse complexities presented by combined political viewpoints, agendas and popularity normally provide interesting debates. Various promises made by candidates allow for significant insight into the country’s struggles, expectations and global challenges. The article below attempts to provide a high-level overview of some top 10 Democrat candidates in the 2020 race.

Cory Booker, who comprises strict believes in diverse humanity challenges, presents a preferred candidate position. Booker’s extreme outlook on social matters offers him an opportunity to gain extensive voter popularity. Booker from New Jersey took part in American politics since 2013. Previously, the mayor from Newark presented his interest in taking part in the 2020 election campaign. Although followed by a list of corruption scandals, the candidate presents an interest to work for the people. Brooker attempts to focus his election campaign on fighting for freedom and crime-free society. I give Cory Booker a number 1 on the top 10 democrats in the 2020 race.

Read More: Is Australia Really that Racist or it’s just the Media that troll Australia?

Joe Biden known to present values associated with the Obama regime seems to gain popularity with the older voters. Diverse Democrats attempt to follow Biden and provide him with much-needed support. Biden who previously comprised a vice-president position may receive some election attention. Biden who received the opportunity to act as vice-president between 2009 to 2017 joined the 2020 election race. Joe presents a familiar face to the American people and receives significant support from the older voters. Uncle Joe may surprise the voters during 2020. I give Biden a number 2 on the list of the top 10 democrats in the 2020 race.

Sanders who received the backing from the National Union in Pittsburgh started receiving significant interest by the American voters. Sanders attempted to attract voters by standing for free medical care, cancelling work rights legislation and fighting for expanded labour. Sanders focuses on providing support to the working-class people by promising to make them the focus of his political agenda. Sanders’s former congressman from Vermont may surprise voters with his popularity levels. His view on free medical care and education allowed him to gain some support from the voters. Requesting Sanders to explain the method of payment for these free social programs, he presented a well-defined tax plan. He may gain some continuous interest during his campaigns, especially with his approaches to Amazon, Google and Facebook. Sanders I give a number 3 on the list of the top 10 democrats in the 2020 race.

Andrew Yang, known for his skills as a well-defined businessman and lawyer, seems to collect some support as a democrat electorate for the 2020 race. Yang, who offers insight into the livelihood of struggling communities, attempts to gain interest by fighting for the poor. Yang’s free medical care contests and the ability to receive a basic income for individuals over the age of 18 reached high-level popularity. Yang’s objective to set-up the UBI approach that stands for universal basic income reached diverse popularity. Apart from UBI, Yang uses his philosophical skills to promote human-centred capitalist approach. He seems to focus on skills development and different job creation opportunities. His approach to supporting the working class with his non-profit approach seems to attract some voter attention. I give Yang a number 4 on the top 10 democrats in the 2020 race.

O’Rourke’s support to the emotional status of the migrant population allowed him to gain some popularity. Recent mass shootings and issues related to gun violence provided him with political debate opportunities and voter attention. Originally O’Rourke struggled to reach interest by voters because of a lack in debating and convincing skills. His recent outspoken approach developed him a new political platform to present his political debate. O’Rourke presented Texas, the 16th congressional district and his place of birth relates to the town of El Paso. His political interests focus on restructuring of American economics and changes to immigration laws. I give O’Rourke a number 5 on the top 10 democrats in the 2020 race.

Warren from Oklahoma City with a legal academic background presents some interesting ideas on the financial front. Warren attempts to attract interests from student communities by promising to cancel all student loan associated debt. Apart from student finances, she aims to change bank management policies. Warren presents a passion for rescuing voters by assisting with financial challenges and continue to receive interests by her followers. Warren, who received her qualification in bankruptcy law presents a significant interest to assist the population with economic answers, services protection and a range of social solutions. I give Warren a number 6 on the top 10 democrats list in the 2020 race.

Klobuchar attempts to attract voters by focusing on the Internet for all campaigns. She criticised methods used by larger technology companies to prevent all society from gaining access to the Internet. Klobuchar focuses on security-based thinking approach but to connect each household to online access. Apart from the major cyber and technology campaign, she outspokenly discussed issues related to gun control, minimum wage and access to education. Klobuchar from Minnesota comprises a law background who acted as the Hennepin County attorney. Klobuchar focuses her campaign debates on political spending, climate change regulations and voter registration processes. Klobuchar seems to attract attention and I give her a number 7 on the list of the top 10 democrats in the 2020 race.

Read More: Top 10 Reasons to Visit the City of Festivals Brisbane in 2020

Kamala Harris comprises a law background with a significant interest in diverse politics. Harris a senator from California decided to join the 2020 election race and gain some voter popularity. She attempts to expand her popularity by criticizing the Trump regime and making promises of restructuring. Harris received extensive criticism after so-called unfair judgements and support during her time as a prosecutor. The continuous critique influenced her claim as the first African–American to stand for president. Harris’s popularity statistics increased even after diverse opposition received. Harris’ outspoken views on the wealth gap between the rich and poor provided her with popularity increases. Her views on Black homeownership and immigration control allowed for diverse heated debates. Harris’ family who represents double immigration experiences allowed her to fight for migrant support. I give Kamala Harris a number 8 on the top 10 democrats list in the 2020 race.

Delaney, a former democrat from the United States House of Representatives, presented his interest in taking part in the 2020 elections. Delaney, who attempts to attract followers by offering a new bright future, started growing in popularity numbers. Various campaign discussions Delaney pointed out included technology innovation and progress, increased auto developments and participation in a globalization concept. Delaney attempts to concentrate on foreign policy approaches and requesting a return to the original values followed by all parties. Delaney’s business approach to the political environment may provide him with the support he needs. I give Delaney a number 9 on the top 10 democrats list in the 2020 race.

Julián Castro a Hispanic politician from Texas reached some popularity during the time he formed part of Obama’s cabinet. Castro’s energy received popularity within the Latino environments. Especially campaigning to look after migrant legislations and opposing development of the Mexican wall. Castro’s family history, combined with his own experiences of resettling in America, allowed him to gain insight into the lives of migrants. His historical experiences in the Obama regime and subsequent fight for immigration may allow him to gain extensive support. I give Castro a number 10 on the top 10 democrats in the 2020 race.

Stay Connected
46,574FansLike
5,663FollowersFollow
840FollowersFollow
Previous articleTop 10 Baby Girl Names That Will Be All the Rage In 2023
Next articleThe 10 Best Places to Travel in 2023