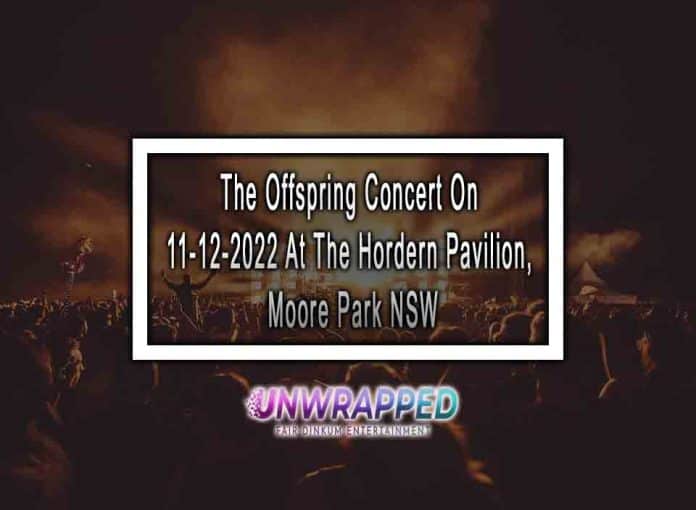 New dates have been released for The Offspring and Sum 41’s postponed Australian tour, which will now occur in December 2022. The events, which were announced today (2 Jun), were formerly scheduled for 2020. Due to the COVID-19 epidemic, the concerts were subsequently postponed indefinitely. Tickets bought for the 2020 run, which featured numerous sold-out dates, will be honored for the revised dates. Sydney, Brisbane, and Melbourne all received show additions, while Melbourne’s facility has been improved.

Enjoy yourselves as SoCal legends THE OFFSPRING, one of the best-selling punk rock bands of all time, announce their upcoming Australian tour dates in December with SUM 41. Due to the incredible demand, extra locations have been added since the first tour’s nationwide sellout in just two hours. The band is excited to return to Australia for their first headline tour in 18 years after playing more than 1100 performances globally and selling more than 40 million CDs.

SUM 41 joins this massive double bill of legendary punk rock proportions. SUM 41 is uncompromising and honest and has no plans to slow down, even with more than 15 million records sold globally, a Grammy Award nomination, two Juno Awards (7 nominations), and a Kerrang! Award in 2002, and several Alternative Press Music Awards. Get your tickets now because this is a once-in-a-lifetime chance to witness these two punk powerhouses perform. Warm-up those vocal cords and iron that crusty punk shirt. There won’t be any more concerts added, so don’t miss out!

The Offspring is a 1984-founded American rock group from Garden Grove, California. Lead singer and rhythm guitarist Bryan “Dexter” Holland, bassist Todd Morse, and lead guitarist Kevin “Noodles” Wasserman make up the band once known as Manic Subsidal. Ten studio albums have been published throughout their 38-year career, and they have undergone several band changes, most notably with their drummers.

The band’s longest-serving drummer was Ron Welty, who joined the group in 1987 and took over for founding drummer James Lilja. He remained with them for 16 years before being replaced in 2003 by Atom Willard and again four years later by former drummer Pete Parada. Gregory “Greg K.” Kriesel, one of Offspring’s co-founders, played bass for them until 2018, when he was fired from the group after a business disagreement. Holland is the lone surviving original member. Todd Morse of H2O, who had been Offspring’s touring guitarist since 2009, took Kriesel’s position.

Also Enjoy: The Crystal Method Concert On 09-12-2022 At The Factory Theatre, Marrickville NSW