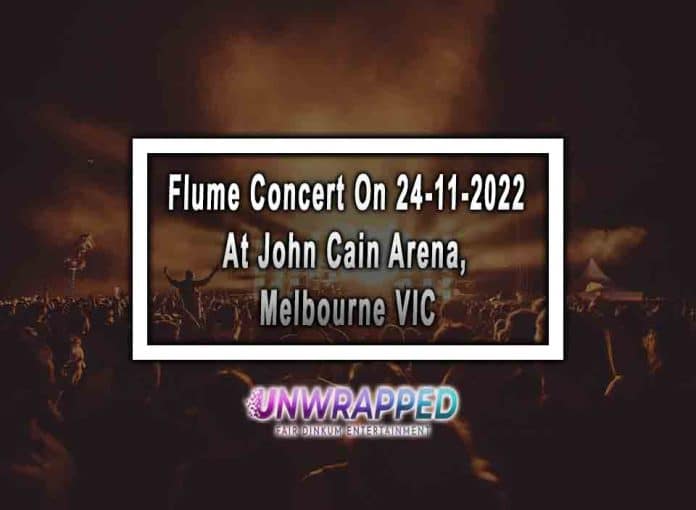 This November, Flume, one of Australia’s best-selling worldwide touring performers, will bring his Palaces World Tour to Melbourne. Flume has won over festival audiences worldwide, including those at Reading and Leeds, Coachella, Supersonic, Outside Lands, Splendour in the Grass, Lollapalooza, and many more. His enormous, stunning stadium headlining performances have been seen by hundreds of millions of people worldwide as one of Australia’s best-selling international touring acts. Special guests Channel Tres, Caroline Polachek, Toro y Moi, and MAY-A will support Flume in Melbourne.

The tour, announced today (18 May), will mostly visit arenas and outdoor locations in most major cities. A rotating lineup of national and international support bands, including colleagues Caroline Polachek and Toro Y Moi, will also be present at the performances. The former contributed vocals to Flume’s song “Sirens,” one of the hits from “Palaces,” and the latter worked with him on the song “The Difference” from 2020.

Rapper/producer Channel Tres will also be a part of the tour, as he is on Flume’s North American appearances. Vera Blue and MAY-A, two vocalists from the area, will take the stage on separate days of the tour. Blue contributed vocals to Flume’s 2019 track “Rushing Back,” which reached No. 10 in Australia. In contrast, during four of the six performances, newcomer MAY-A will perform as a guest and sing the album’s lead hit, “Say Nothing.” Flume’s ‘Palaces’ tour will be his first appearance in Australia since 2019 when he served as the festival’s headlining act. In late 2016, he completed his most recent headlining tour supporting his second album, “Skin.” Flume has already been revealed as the headlining act for the forthcoming Spilt Milk festival in late November before the tour’s announcement.

Flume is the stage name of Australian musician, DJ, and record producer Harley Edward Streten (born 5 November 1991). His self-titled first studio album, Flume, debuted at number one on the ARIA Albums Chart and earned double platinum status in Australia after its release on 9 November 2012, to favorable reviews. Future bass is credited to Flume as a creator and promoter of the genre. Lorde, Sam Smith and Disclosure are just a few of the musicians whose tracks Flume has remixed.

Skin, his second studio album, debuted at the top of the ARIA Albums Chart after its release on 27 May 2016, to favorable reviews. At the 2017 Grammy Awards, the album was named Best Dance/Electronic Album. The first song from the album, “Never Be like You,” which was nominated for Best Dance Recording, helped the record acquire notice on a global scale. As the album’s B-side EPs, Flume released Skin Companion EP 1 on 25 November 2016. He dropped the mixtape Hi This Is Flume to rave acclaim on 20 March.