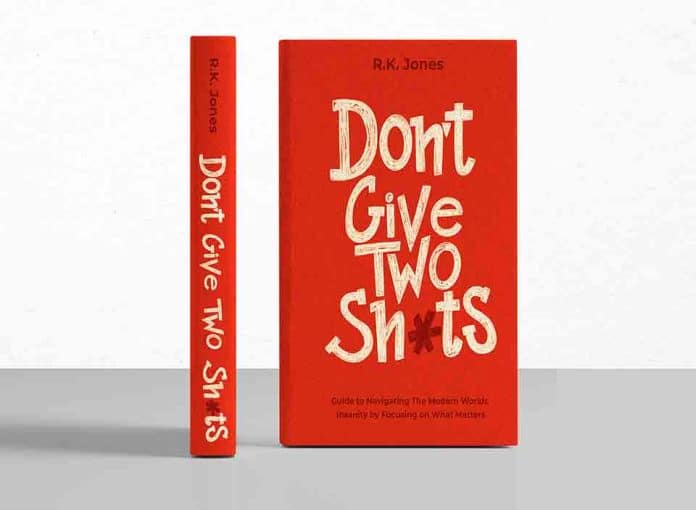 Don’t Give Two Shits is the book that’s going to teach you how to stress over the things you need to stress over, so you can become a better person. That means this book is going to relieve you from the amounts of unnecessary suffering that are ruining your life.

Average people that struggle to take care of their families and often neglect themselves can become the heroes of their own story and start owning their Shits, only giving them away where it matters. This book is not a romantic self-help narration but a rather tough look inside life’s eyes.

It is often said that looking inside yourself is going to solve everything but sometimes you have to look outside and realize where your energy and your effort are being directed to. This is not yet another “Don’t be too tough on yourself book” but practical techniques put into words.

This book Don’t Give Two Shits – Working Folks Self Help does not teach theory, it teaches principles that need to be applied. Don’t Give Two Shits understands the pain that an average working bee has to go through and how that bee, you, is treated and it equips you with internal and external techniques that are going to take your performance to the next level, both internally and externally.

You Are Not Broken

To be able to thrive in life, you need to forget about all the wrong and useless teachings you have received out there. Don’t Give Two Shits is not just going to add knowledge to your knowledge base but also delete some of the outdated data you keep in your brain. You are going to be in control of your shits rather than giving it away automatically. Once you know where to give your shits and where not, you’ll be ready to remake your life the way you want it to look like.

GENETIC INHERITANCE VOLUMES ONE TO TWO

THORIUM HALF LIFE VOLUMES ONE TO FOUR

ANTHROPIC PRINCIPLES VOLUMES ONE TO SIX

QUANTUM ATTRACTION VOLUMES ONE TO SIX

QUANTUM AWAKENING VOLUMES ONE TO TWELVE

QUANTUM ENTANGLEMENT VOLUMES ONE TO TWENTY-ON

About the R.K. Jones

A firm believer in individuality, R.K. Jones hopes that he can encourage

people to think for themselves—going against the herd and doing

what is right, not merely what’s expected. His writing

demonstrates an adoration and respect for the human experience,

which Jones believes has remained fundamentally unchanged at its

core. Through stories, let there be no doubt people can share

lessons and help each other. You can visit him online at

Can I Have Fatty Liver And Not Know It?