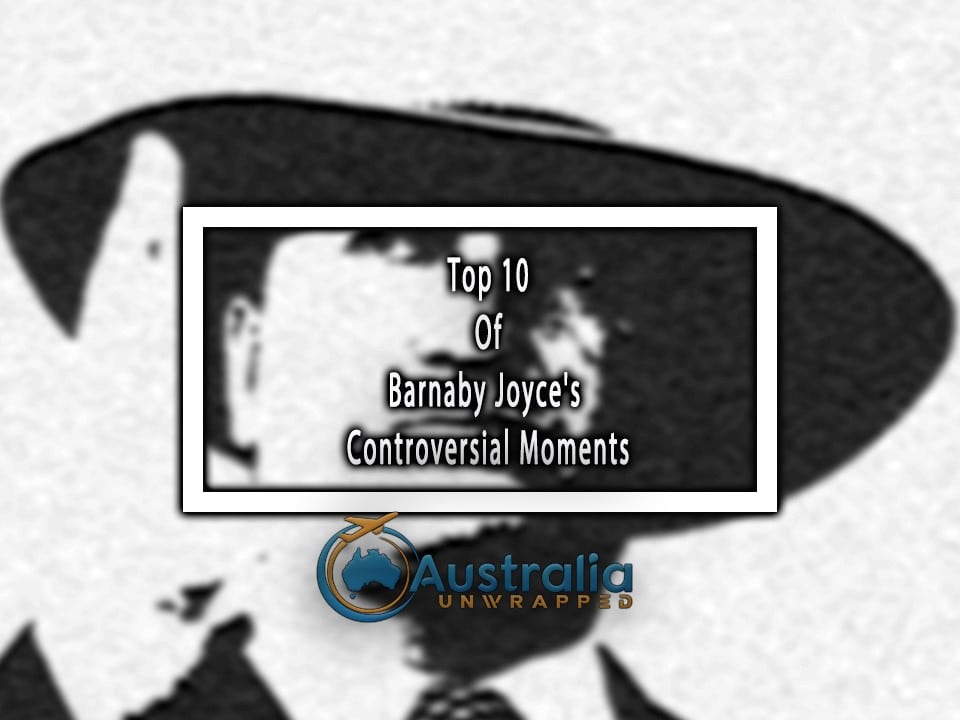 Barnaby Joyce has been one of the most talked-about people in Australian politics. He is widely known for achieving a wide array of things in a very short time. His list of accomplishments is never-ending as he has bagged numerous credits to this day, and he seems to be sheerly proud of it.

Barnaby Joyce has had a number of controversies that unravel a different side of his personality. Like many other politicians, he couldn’t save himself from having his foot in his mouth on some occasions. Let’s elucidate those moments that left him red-faced!

1. Joyce Rubbed Salt On The Wounds Of Bushfire Victims

As we all know, Australia has gone through a massive crisis in recent times. When the bushfire surfaced, everyone in Australia had been extremely troubled hearing the sorry news. Almost everyone in the country had sympathized with the people who suffered at the hands of this wildfire.

In such a difficult time, no one was expecting the top-notch politicians of the country to come up with frivolous statements mocking the condition of those brave hearts who battled through this hard time.

In the spur of the moment, Joyce gave incredibly insensitive remarks concerning the victims of the bushfire. This comment ushered him into trouble, as people started castigating his words severely. One of the victims even loathed him, saying he has only rubbed salt on our wounds.

2. Joyce Had Been A Kiwi Citizen, And Hence His Credibility Was Greatly Challenged

It is a very well-established fact that Joyce’s grandparents were not of Australian origin, they had been New Zealanders by heart and soul. Joyce’s father was an immigrant who entered this country with a student visa in his hand and ended up marrying a native — Joyce’s mother, and this is how Joyce was born an Australian.

However, he has also been holding Kiwi nationality, and his being a dual-national had stirred a new controversy. Amid this controversy, he was compelled to abandon his seat in the parliament and start all over again.

Joyce had been into hot waters because of this controversy, but he eventually rose above it. He got re-elected via his home-constituency, New England, and got back at his political rivals even stronger.

3. Joyce Has Been Accused Of Helping Campion Get The Job Through His Colleague Matt Canavan

Joyce has been accused by one of the parliamentarians for misusing his position to bag a job for Campion. In one of the recent debates in parliament, Joyce had been held accountable for any possible abuse of power.

He denied all such rumours and tried to prove himself a non-corrupt person every which way. It nowhere implies that the parliamentarians believed him right away.

4. Joyce Stepped Down From His Position In A Gruesome Way

Joyce had been the deputy prime minister of Australia and he resigned from his position recently. He had to quit in a very disgraceful way, so to say. Things didn’t end well for him as he had been greatly reprimanded by his party colleagues and the rest of the parliamentarians for what he did.

If you try to connect the dots you’ll start suspecting he has been coerced into quitting his position. He seemed unwilling to leave his post which must have been dear to him, but he was forced into it as his seniors were unhappy with his conduct. He presented his resignation in the parliament with half-heartedness.

Joyce had been dating one of his staffers, and it proved to be damaging for his ascending career graph. He nearly brought a halt to his career by falling in love with his junior staff member, Vikki Campion. Before this vexed scandal, his career graph was only going up; he had catered to a number of ministries under the supervision of Malcolm Turnball and Tony Abbott. One little mistake brought him back to square one.

6. Joyce is Expecting a Child With Vikki Campion

When people got to hear of their affair, they were quite bewildered to know of it. As it is considered ethically and morally wrong to be in a relationship with your staffer, people were amazed to learn about their deepening love saga. A few days later, the news of Campion getting pregnant with Joyce’s child took everyone by storm. This news didn’t go down well with the masses as well as the political fraternity, and Joyce was criticized mainly for engaging in a sexual relationship with one of his staffers.

7. Campion’s Career Has Also Been Shaken, And Joyce is Partially Responsible For That

Campion was working in the office of Barnaby Joyce, and under all obligations, she was not encouraged to have a relationship of sexual nature with her boss. She, however, crossed this line and invited trouble for herself. She also had to give up on her job, and Joyce is considered partly responsible for that.

8. The Then Prime Minister Malcolm Turnball Announced a Seven-Day Leave On His Behalf Amid His Scandal With Campion

It was really shocking for some people to hear the then prime minister announcing his leave. It should have been him if it had to be done with some grace. Instead of the deputy prime minister himself, Malcolm Turnball came forward to publicize his one-week leave, and it made political critics sense something fishy between the two.

9. A Ban On Sex Between Staffers And Ministers Is A Result Of His much-discussed Scandal With Vikki Campion

Just a few hours after announcing Joyce’s leave, Malcolm Turnball came up with a significant announcement — which was about imposing a ban on sex between ministers and their staffers. When it was already considered unethical and morally wrong, why did it have to be banned outright? It had something to do with the affair between Joyce and his former staffer Vikki Campion which was on everyone’s lips those days.

10. Joyce Has Also Been Accused Of Sexual Harassment And Harrowing

Joyce had to face sexual harassment allegations too. He was accused of trying to sexually exploit women of comparatively lower stature. These allegations took a really long time to be shunned, and they were ignored only because of plausible deniability.