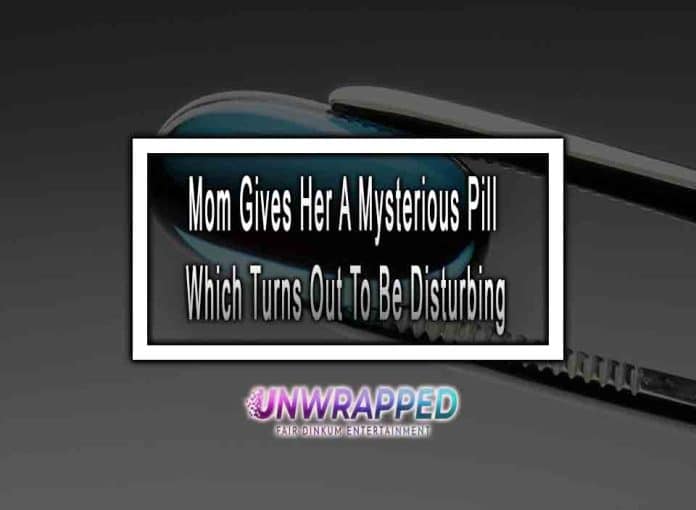 The story begins at a hospital. Diane Sherman (Sarah Paulson) is waiting for word from the doctors after her baby was born prematurely. She sees her baby, Chloe, and asks the doctors whether she will be okay when she is brought into the room. They don’t respond to her.

Eighteen years later, Chloe (Kiera Allen) is a bright young woman who suffers from arrhythmia, hemochromatosis, asthma, diabetes, and paralysis, necessitating the use of a wheelchair. Diane looks after her and she takes a variety of drugs. Chloe is also interested in technology and repairing household items. Diane attends a support group meeting for moms whose children are off to college. When asked about Chloe, Diane insists that she has nothing to worry about.

Chloe has been checking the mail for college admission letters, but Diane usually gets there first and claims there is nothing for her. Chloe tries to sneak inside the bag after bringing home groceries to obtain some chocolates but instead finds a jar of green-and-grey pills that look to be the identical ones Diane has been giving her. Later that night, when Diane delivers them to her, Chloe asks whether they are really hers, but Diane replies she is wrong. Later, Chloe examines the container again and notices a label with her name on it, but as she peels it back, she discovers Diane’s name attached.

Chloe attempts to look for the medicine Trigoxin on the internet, only to discover that it has been unplugged (unbeknownst to Chloe, it was Diane). She waits for her mother to leave the house before attempting to contact someone for information about the medication. She calls the local drugstore, but the pharmacist remembers the number and misidentifies Chloe as Diane, prompting her to hang up. She then dials an operator, only to discover that the call will be paid per minute. As a last option, she contacts a random number and connects with a man who is having a quarrel with his girlfriend.

Read On: Dying Billionaire Transfers His Mind to a Young Body

Chloe begs him to Google Trigoxin and describes it to her after appealing to his ego to keep him from hanging up. The Trigoxin the man looks up is a red pill, contrary to what she is holding, leaving Chloe astonished.

Chloe convinces Diane to accompany her to the movies. She excuses herself to visit the restroom, but really takes advantage of the chance to dash over to the drugstore. She manages to break the queue and speak with the pharmacist, who recognizes the medication from Diane’s prescriptions. What she discovers astounded her: the medication is not Trigoxin, but a…

Keep Watching: One Name That No One Should Be Allowed To Say

Stay Connected
47,167FansLike
5,664FollowersFollow
840FollowersFollow
Previous articleIn This Town, There Is One Name That No One Should Be Allowed To Say Or…
Next articleRich Family Isn’t Aware That Someone is Living Inside Their Mansion